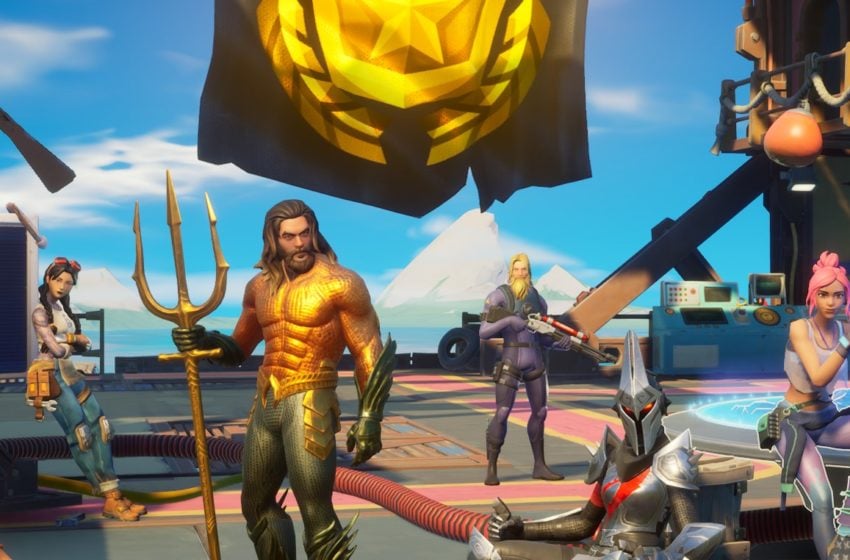 Now that the new Coral Castle POI has been revealed in Fortnite, which many players were referring to as Atlantis, they wonder if Aquaman is now a boss in the game. The answer, as far as we can tell, is no.

We have dropped into the new Coral Castle location multiple times already today, and have never run into Aquaman as a boss. There have been plenty of players wearing the Aquaman skin, but no bot boss for us to kill and get weapons or vault cards from. Now, sometimes the bosses are difficult to find, and there is a chance that there is some kind of hidden mechanic or challenge to get him to appear, but for now, it seems that Aquaman is not a boss of the new location.

It really is a great looking new location, however, so we would definitely recommend that you check it out during your next match. There are no Henchmen here either, as it is not a Mythic POI, so all you need to do is look out for other players while you are looting.

You can get yourself and Aquaman and Arthur Curry skin by completing a series of challenges since the start of the season, but it would appear that DC Comics may have drawn the line at one of their heroes being used as a potential baddie in Fortnite.

We will be spending a lot of time in the area today, so if we see a boss version of Aquaman, we will update this guide accordingly. For now, you might want to check out another part of the map as a spaceship has been revealed, and you can help the pilot by putting his crashed ship back together and sending him on his way.