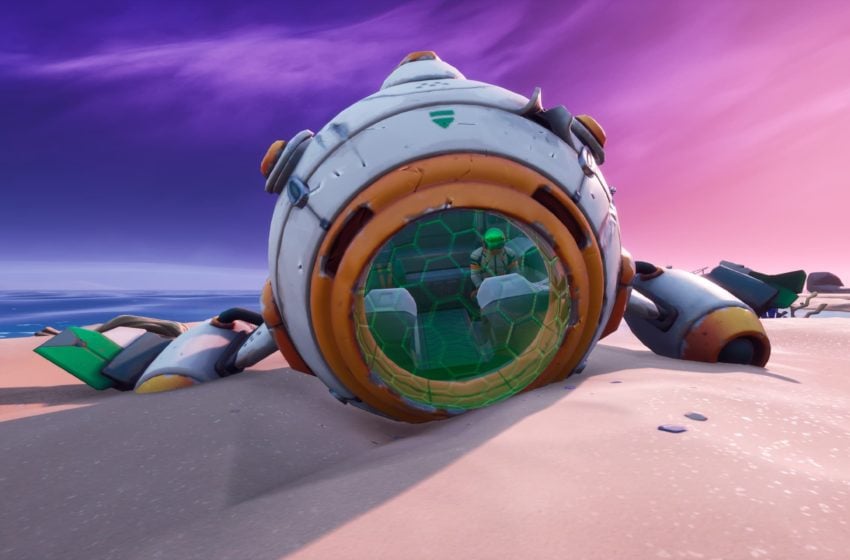 The drop in water level has revealed the Siona Spaceship in Fortnite. You can find it just to the east on Craggy Cliffs, on a sandbank in the sea. You can also help out the pilot by tracking down three parts of his ship, preparing it for him, and sending him on his way.

You can see all three locations marked on the map below.

The first part is the Beacon, and it is still in the cliff in front of the ship. Just build a ramp up to it to get it.

The second part is the battery. This can be found under a rock, right beside the ship. Just smash the rock to get to it. When you are close, it will make a dull humming sound.

The final part is the heat sink. You can find this beside a rock on the small peninsula just across from the spaceship.

When you get one of the pieces, just bring it back to the ship and install it. When you have them all, interact with the ship and it will start its engines. A green dome will appear, and a countdown will begin. All you need to do is survive until the end of the countdown and the ship will blast off, finishing the challenge.

You will need to be careful of other players, but we found two friendly players who were just happy to focus on finding the parts with us, so you might get lucky to.