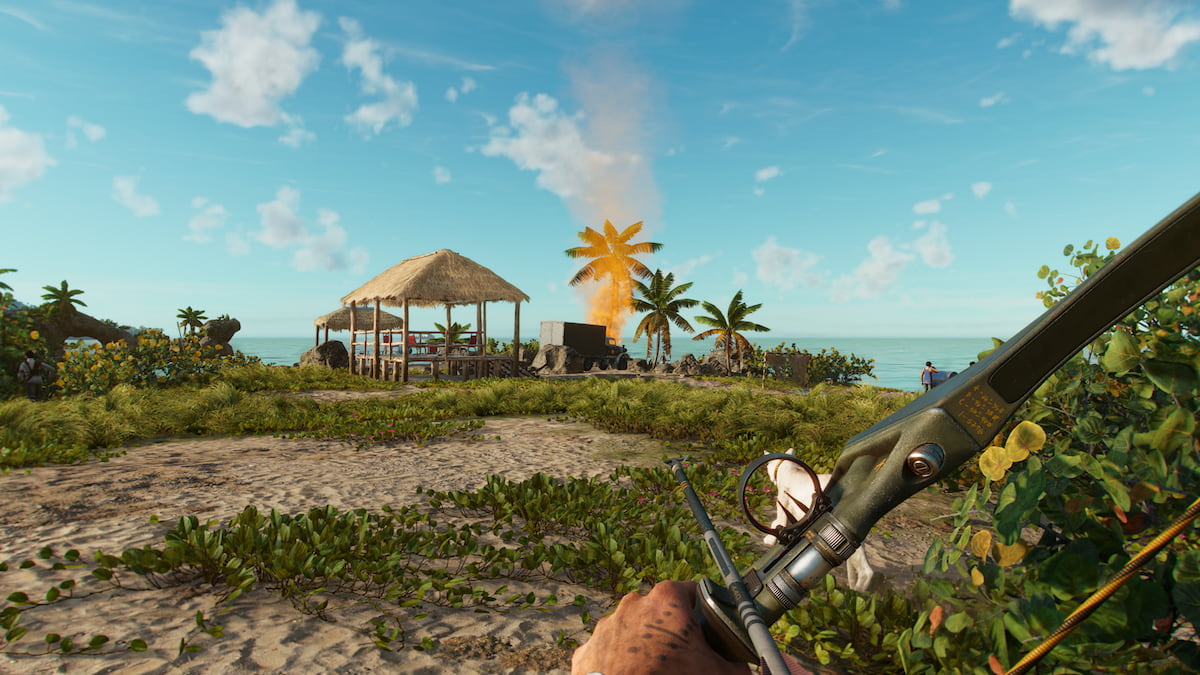 Like previous entries in the flagship Ubisoft franchise, Far Cry 6 features cooperative multiplayer. After all, liberating an entire island from a fascist dictator is much more fun with a buddy by your side. But are you able to team up with friends no matter your platform?

Cross platform/crossplay multiplayer is becoming increasingly popular in games, especially in the newest console cycle. Unfortunately, Far Cry 6 isn’t on the list of games that support it. Xbox players and Playstation players won’t be able to fight in the Yara rebellion with each other. You’re stuck playing with other system owners of the same system you’re playing on. The good news is that it does seem that Far Cry 6 offers cross-gen multiplayer, meaning players in the same console family can still team up together.

It’s disappointing to see a triple-A game from such a juggernaut franchise lack a feature that’s begun to grown in popularity. Cross platform/crossplay multiplayer opens up a world of possibilities and gives players the chance to enjoy games with their friends without sacrificing their preferred platform of choice. Far Cry 6 is a game that revels in chaos, which makes it such a perfect fit for cross platform/crossplay multiplayer.

While co-op is currently tied to a singual console family, it’s something that Ubisoft could ostensibly add in the future; however, it’s unlikely to happen as no other Far Cry game has featured cross platform/crossplay.