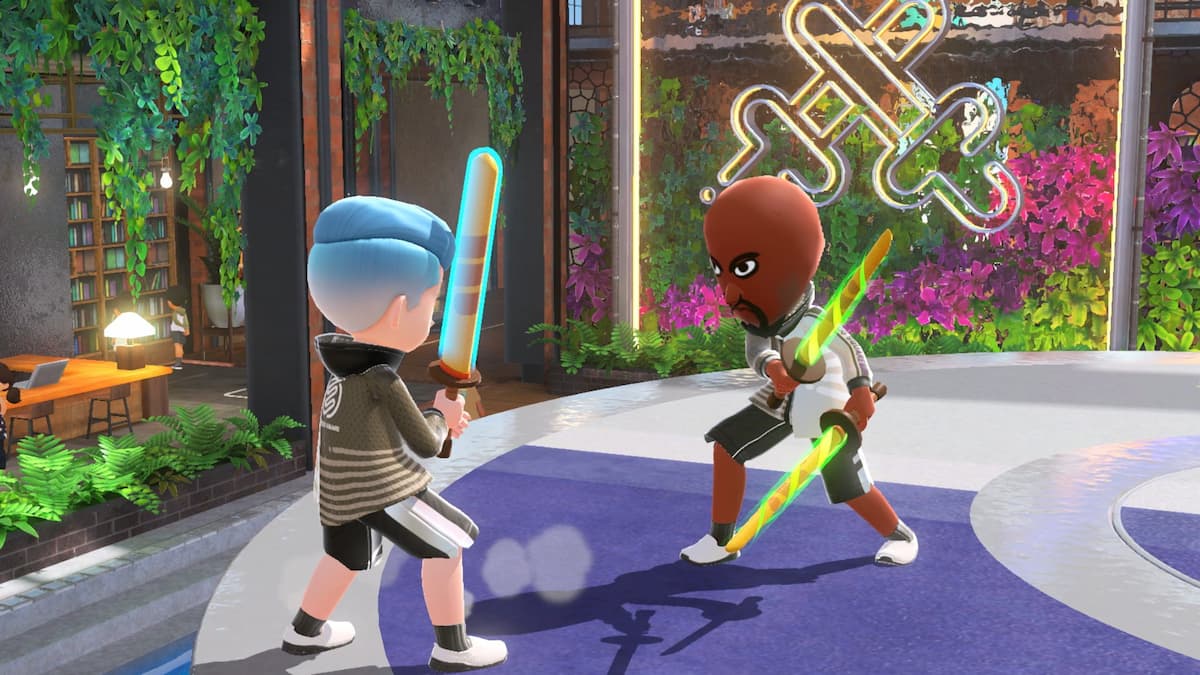 Mii Matt is a legend in the boxing ring from Wii Sports and Swordplay in Wii Sports Resort. He was a simple character created by the developers to take up a spot on the Mii roster. For Boxing and Swordplay, he was the champion challenge in those areas of both games and rose into meme stardom for how difficult he could be to play against. With Nintendo Switch Sports bringing back a lot of that Wii Sports magic, does Mii Matt appear in the game?

Related: How to reach A Rank League in Nintendo Switch Sports

Can you play against Mii Matt in Nintendo Switch Sports?

Mii Matt has been added to Nintendo Switch Sports via a free update to the game. While he originally was not here, you can now play against him in Chambara during offline sections. At the start up screen, select Play Locally. After you select Chambara as the game and your character, you will be on the difficulty select screen. Hold down either ZL and L or ZR and R with the joy-con you are using while pressing OK on the choose CPU Strength screen. It doesn’t matter what difficulty you have set, holding these buttons down will set your opponent to Legendary difficulty.

When the match begins, you will notice the face of death himself, Mii Matt is your opponent with legendary difficulty. He is the toughest challenge for you to overcome in this game type, so bring everything you got when playing him.

While Matt is already in the game, you technically can also play as him by creating him as a Mii and importing him into the game. Always make sure to give him a cold, dead stare and goatee to strike fear in your enemies.