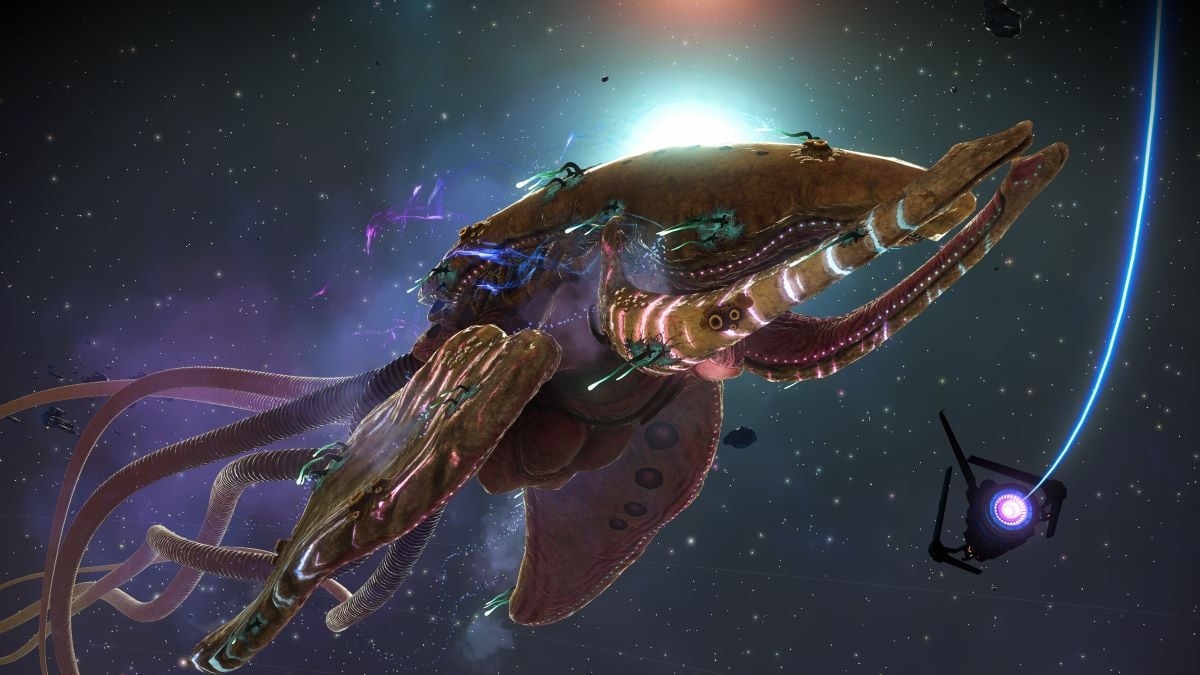 No Man’s Sky has been getting constant updates since its 2016 launch. In those six years, it’s seen numerous expansions and re-releases on new platforms — but not Mac. Video games by and large tend to overlook the Mac platform, but developer Hello Games is correcting that with No Man’s Sky.

Related: How to complete the Siren and Leviathan milestones in No Man’s Sky Leviathan Expedition

When is the release date of No Man’s Sky on Mac?

No Man’s Sky will indeed be launching on Mac. The announcement was made during Apple’s Worldwide Developers Conference 2022 keynote as part of the company’s commitment to supporting more games. At the moment, there is no set release date for No Man’s Sky on Mac. Resident Evil Village, which was also announced for Mac, is slated for “later this year,” so while the same may apply here, we don’t know for sure at this time. But it is happening.

Will No Man’s Sky on Mac have any special features?

No Man’s Sky will have enhancements on Mac, but no brand-new features, modes, or anything like that were announced. Even so, the Mac version will be a technologically impressive way to play the game, thanks to some hot Apple architecture. Like with Resident Evil Village, Mac’s Metal 3 API and MetalFX tech mean that No Man’s Sky will run in an upscaled state, with better performance and faster draw times for textures.

What’s next for No Man’s Sky?

Since May 2021, No Man’s Sky has received frequent updates called expeditions. Each of these has brought new content, challenges, and milestones, and Hello Games doesn’t seem to be slowing down anytime soon. The most recent addition was the Leviathan expedition, which finally brought space whales to the game. As for its contents, we have additional guides to help you find Anchor Point 5 and complete the Partners in Time milestone, show you how to complete the Shattered Past milestone, and more.