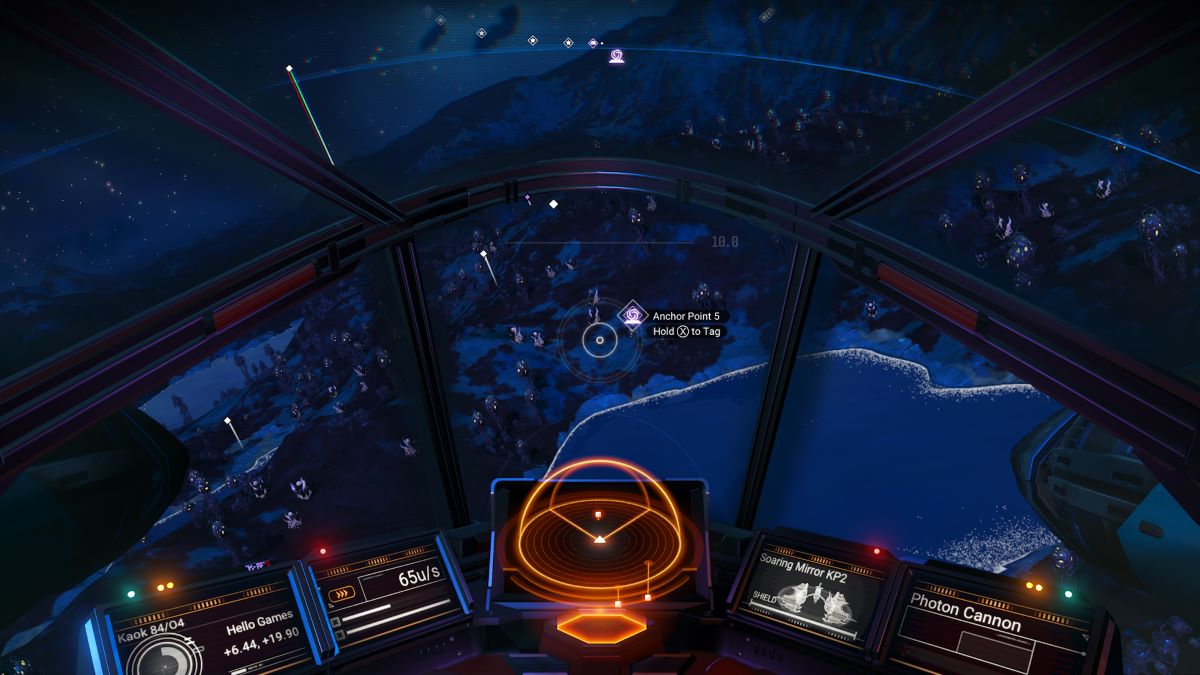 For much of this No Man’s Sky Expedition, many of the steps for Iteration Five will have been scrambled. However, as you begin your search for the final Anchor Point and its nearby Memory Hotspot, things will start to become clearer as you take your final steps towards discovering the Leviathan itself. At launch, there was a sense that the larger community-based events might be a part of these hidden quests, but thankfully you won’t need to wait around to reach the end-game.

As with your search for Anchor Point 4, this should be a much shorter trip than the earlier searches, with any upgrades to your Hyperdrive also helping to cut down the number of warp jumps you’ll need to make. Thankfully, your target destination is also far less hostile so you’ll be able to head for both the Anchor Point and the subsequent Memory Hotspot containing the grave of the Fallen Traveller with even more ease than you would have done for Anchor Point 1.

You could be faced with quite a long walk, but it’s a safe environment that won’t eat into your suit’s Hazard Protection, so there’s no need to rush it. Upon reaching the Anchor Point, you’ll be rewarded with a seemingly innocuous “Dreadful Wailing” artifact ― but be tempted to ditch it, as it you’ll need it soon enough. As another point of note, your rewards for completing the Another Chance Milestone after interacting with the Traveller include 1000 units of Tainted Metal, so just make sure you’ve got space in your inventory before collecting on it.

With the simple description of “helping Polo with his loop research,” you could be forgiven for thinking this was tied into the five separate community-based events (the optional Milestones within each Iteration). However, it actually relates to the missions Polo initially tees up for the earlier Bounds Testing Milestone, and you just need to make at least five combined deliveries of Liquid Sun, Ancestral Memories, and/or Somnal Dust.

Liquid Sun is easily mined from any metal deposit using the Solar Ray mining tool, while Ancestral Memories can be farmed from animals tamed with Creature Pellets. Somnal Dust is found on Derelict Freighters, with the following Shattered Past Milestone directing you to one and returning a very healthy supply. Just take your haul back to Polo on the Space Anomaly and once your tally hits five, you’ll complete this step. You might want to keep some spares in hand though, as you’ll need 32 units of each for the later Siren Milestone, but be sure to save a little space for the 500x Activated Emiril you’ll earn as a reward for wrapping up this one.