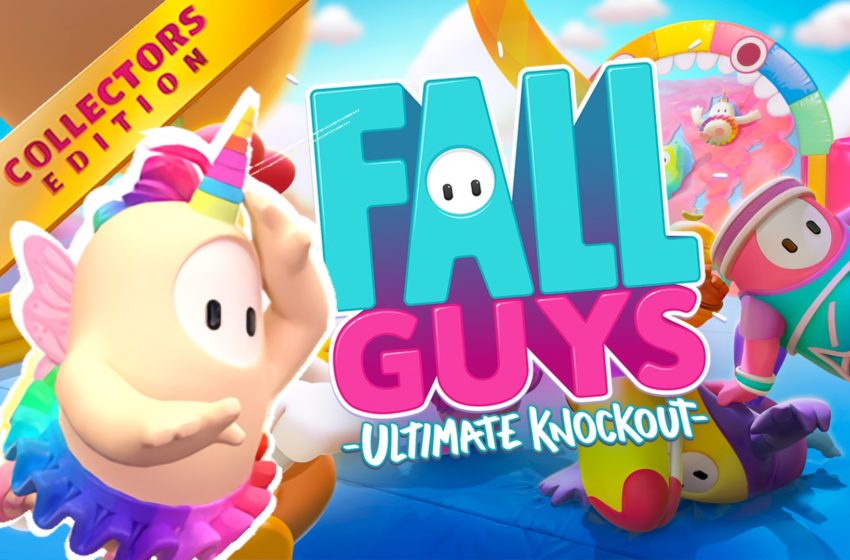 Fall Guys: Ultimate Knockout is the newest and wackiest Battle Royale game coming to Steam and PlayStation 4. It is a colorful wipeout-style multi-round game full of wobbly, wiggly characters you can dress up and compete to be the best. The standard edition of the game is only 20 USD, but there is a second option: The Collector’s Edition for 30 USD.

That begs the question: Is the Fall Guys Collector’s Edition worth getting for 10 dollars more, at $30? Let’s take a look at what it has to offer.

The Collector’s Edition, first and foremost, comes with three unique costumes you can’t get anywhere else. From Left to Right, they are Ecto Pirate, Fairycorn, and Astronaut. These adorable costumes will have your Fall Guy looking spiffy and stand out from the rest of the new players who may not have unlocked any cool costumes yet.

Like many Battle Royale games, you also have animations you can unlock and equip. There are two major types of ‘Theatrics’ in Fall Guys: Emotes and Celebrations. The Collector’s Edition comes with a unique emote called ‘Robot,’ where your character will do the robot dance.

In addition to the exclusive unlocks, the Collector’s Edition also comes with 10,000 Kudos. Kudos are an in-game currency that can be spent at the in-game store. Kudos are not a premium currency, however, and if you play the game a lot, it can be pretty easy to rack up without a premium purchase. One streamer earned almost 2,000 kudos throughout the two-and-a-half-hour gameplay. If you are approaching this pack with the thought that Kudos is a hard-to-get premium level currency, be wary.

Overall, the emote is a cool bonus, and the kudos are a good head start, but nothing to write home about. The exclusive outfits, however, are well-designed, fun, and full of life. We do wish the pack came with more Kudos, but alas: in the end, the Fall Guys Collector’s Edition is only going to be worth it if the outfits alone are worth the extra 10 dollars to you.

That said, those outfits do still make a pretty good sell. I mean, how can you say no to a fairy that’s also a unicorn at the same time?