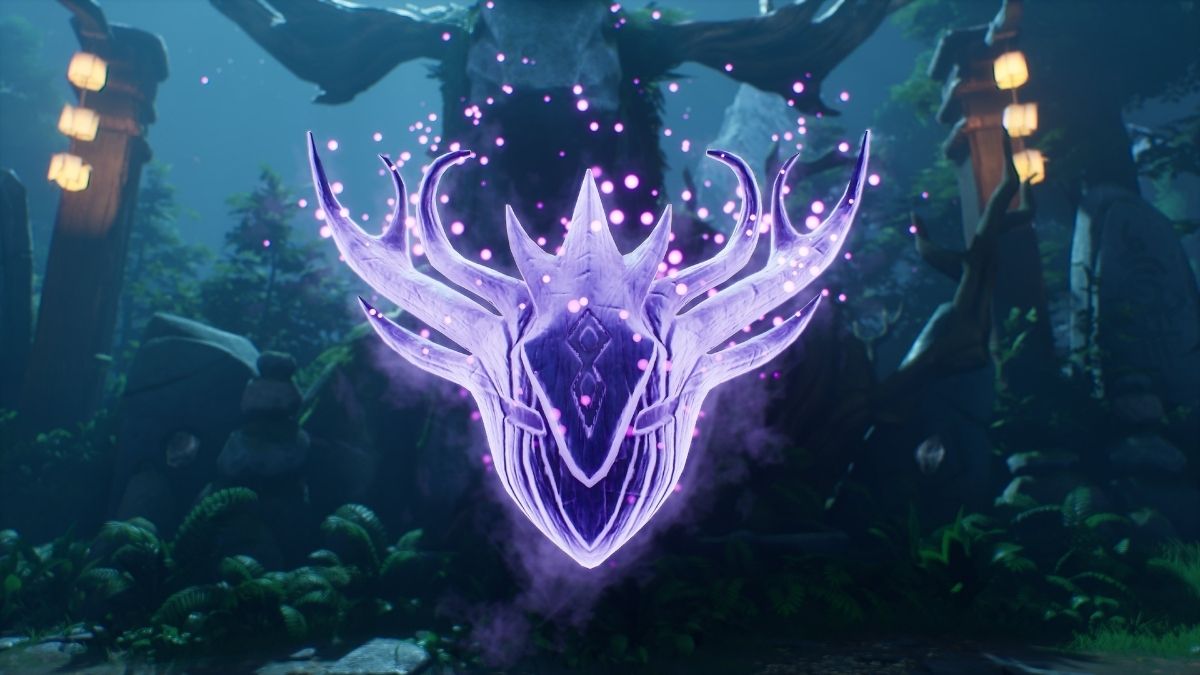 The Hunter is perhaps the most annoying boss that you will fight while getting Toshi’s relics. This boss loves to zip around the forest and place traps for you to stumble upon. It takes a lot of determination to take this boss down along with some good perception. Here are some tips to help you out.

The Hunter spawns in floating above you in the forest arena like in the image below.

This is one of the few times you will be able to get a good look at the Hunter before they jet off into the forest. As far as attacks go, the Hunter has quite a few. While the boss is flying around, they will be hard to hit. Occasionally they will stop and have a pink aura around them as they charge up a shot. This shot is hard to parry but easy to dodge. If you manage to parry this shot, it will fire back at the boss and stun it.

The second attack that is used most often is the rapid shot. This attack has the Hunter fire arrow after arrow at you in a continuous assault. These are easy to dodge if you keep on the move. You can also hide behind a tree for cover. The last of the ranged attacks is the multishot. The Hunter will usually be on the ground when they use this move. The boss will shoot multiple arrows at once in a wide range. Again, this move is easier to dodge than parry. You can also shield through it.

The Hunter can also perform a melee attack. This isn’t commonly used, but it comes quick and is difficult to dodge. This move consists of a few attacks that start with a dash. The last attack in the Hunter’s arsenal is an AOE explosion. You can use a dash to get through this easily.

Tips for defeating the Hunter

Be careful running around the forest. The Hunter has placed traps around the area. Watch out for pink lines running between the trees. If you get caught in a trap, a bubble will form around you. When this happens, dash through it to avoid getting pelted by an onslaught of arrows.

We recommend having the Rot Arrow upgrade. This attack is perhaps the most damaging attack you can use against the Hunter and the one most likely to hit since there won’t be many chances to get melee attacks in. Stay on your toes and constantly follow the Hunter’s location to avoid getting hit by surprise.