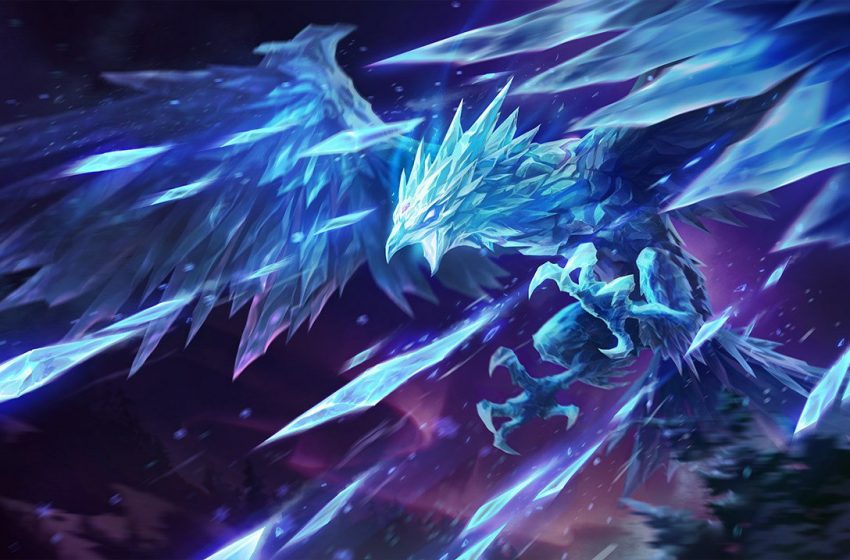 Once upon a time, Anivia was a top tier mid lane champion. Infamous for taking 20 minutes to scale up before single-handedly assuming full control of any objective play, the winged goddess of wave clear has struggled to find her place in League of Legends as of recent. Even so, Anivia remains a popular pick – and not just because of her remarkably similar aesthetic to everyone’s favorite legendary bird Pokémon Articuno.

Anivia is one of League‘s perennial control mages. As such, her playstyle is very binary – borderline archaic – and so the only flexibility in her build is in her runes. This is both beneficial and somewhat sad, as Anivia is truly a jack-of-all-trades but master of none. Phase Rush, Arcane Comet, and Unsealed Spellbook are all viable options, with each either offering extra damage for early trades, or extra utility to balance out her relative lack of mobility. We recommend an Arcane Comet page in order to help you trade blows with some of the heftier assassins that you may encounter in the middle lane.

Mana, mana, mana. And did we mention mana? Anivia has insane damage-per-second and waveclear capabilities, but her resource pool drains in a flash without proper management or planning ahead. An early Tear of the Goddess is incredibly beneficial, and some players even opt to pair this eventual Seraph’s Embrace with a Rod of Ages. Keep in mind that with this build, you will basically be playing the scaling game for the first 15-20 minutes, taking your time to come online relative to other champions. Anivia’s Q – Flash Frost – is both a strong stun and waveclear tool before 6. Look for an early point in this ability, and then max it second, after your E – Frostbite. Frostbite is Anivia’s strongest trading tool, and a Q-E combo results in the E dealing double damage. Anivia’s W is often seen as a one point wonder, due to the fact it has a pure utility use, but consider putting an extra rank or two in it around level 8 or 10 in order to cut off jungle pathways more successfully.

Your Wall Can Stop Dashes

Something that took old school Anivia players a long time to get the hang of, it’s fortunate that this part of Anivia’s kit is a little more intuitive today. By using your W – Crystallize to create a wall between you and a dashing enemy (i.e., Lee Sin connecting with the second part of his Q), you can interrupt their ability before the travel completes.

This is useful both in aggressive situations, and disengaging from ganks or team fights.

Anivia’s Q – Flash Frost is almost all of her trading potential throughout the early game. Before 6, it is the only way that she can have access to any semblance of her iconic wave clear.

As such, we recommend that you position yourself appropriately when facing your opponent – ideally in a way that allows your Q, once launched, to pass through the minion wave (dealing damage to all it flies through), as well as connect with your opponent for a short stun and trading window.

To get full effectiveness out of the copious amounts of area of effect damage in Anivia’s kit, we recommend that you fight in chokepoints. Whether this is within the jungle or at a neutral objective, place your R – Glacial Storm, use your W to cut off enemy escape routes and then throw out your Q to hold the enemy team there as long as possible.

You can complete a channeled Teleport while in your passive’s egg form. Use this knowledge wisely – it’s pretty niche but may one day save your life.