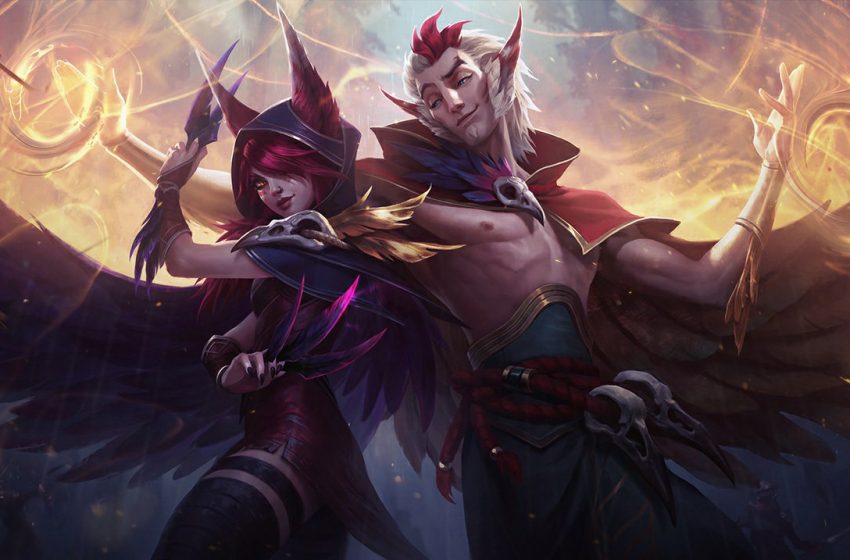 The supportive half of League‘s Lover’s Duo, Rakan has been a high priority support pick since his release in 2017. The rather unique champion has both insane engage and disengage potential packed into his kit, and finding a balance between the two is something that support players looking to up their game should strive to do.

Since his innate bulkiness took a hit in Season 8, Rakan has almost always had to default to a Guardian page in lane. The additional utility granted by this is nice, but hampers his trade potential at times.

Zeke’s Convergence is a fantastic item for Rakan when paired with auto-attacking marksmen. The item offers a little tankiness combined with a very front-loaded effect, meaning that Rakan can go in, get off his combo, and either leave a fight or die while still having a lasting impression thanks to the raw damage amplification he is offering to his team. 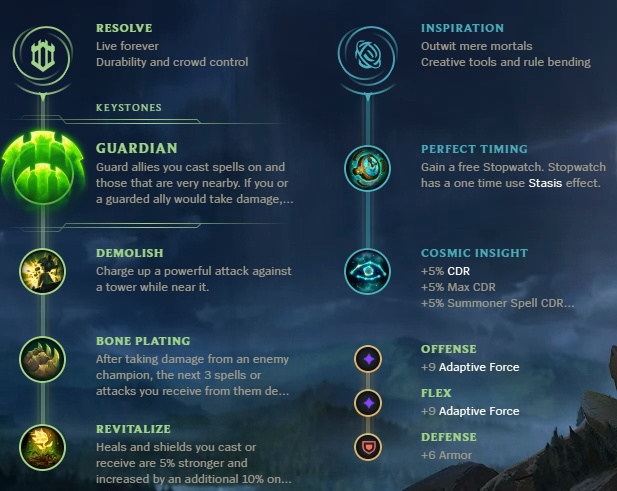 Rakan’s Q – Gleaming Quill is both his trading and sustain tool in lane. The ability’s range and both offensive and defensive uses really emphasize Rakan’s identity, and who doesn’t love a little extra healing early? Next up is your E, to make those shields a little more useful in a pinch, though consider W second if you are sorely lacking engage on your team.

Be Aware of Enemy Cooldowns

For a champion whose identity revolves around getting in the enemy’s face and acting as a distraction, Rakan has a lot of his engage potential tied to his W, Grand Entrance. If you miss this ability, you are relegated to hanging back and hoping to connect the occasional Q, Gleaming Feather.

You Can Still R-W, Just a Lot Less Flashier

On release, Rakan’s main engage combo was using his R, The Quickness, and then instantly Flashing into the enemy backline to guarantee a charm and follow-up W. This instant interaction has since been removed, but after a short delay you are still fine to cast these spells while ulting.

Zone the enemy with the threat of an engage, and weave your way into fights for a devastating combo. It’s a little less intuitive compared to how it used to be, but feels even more rewarding when you do pull it off.

In-and-Out, or How I Learned to Stop Worrying and Love Battle Dance

Rakan is incredibly squishy for an engage support. However, unlike his compatriots in the likes of Leona and Alistar, Rakan’s kit has ample amounts of disengage packed into it.

As such, our advice here is to always look for an exit to accompany your entrance. When fishing for an engage, try to additionally plan an escape route.