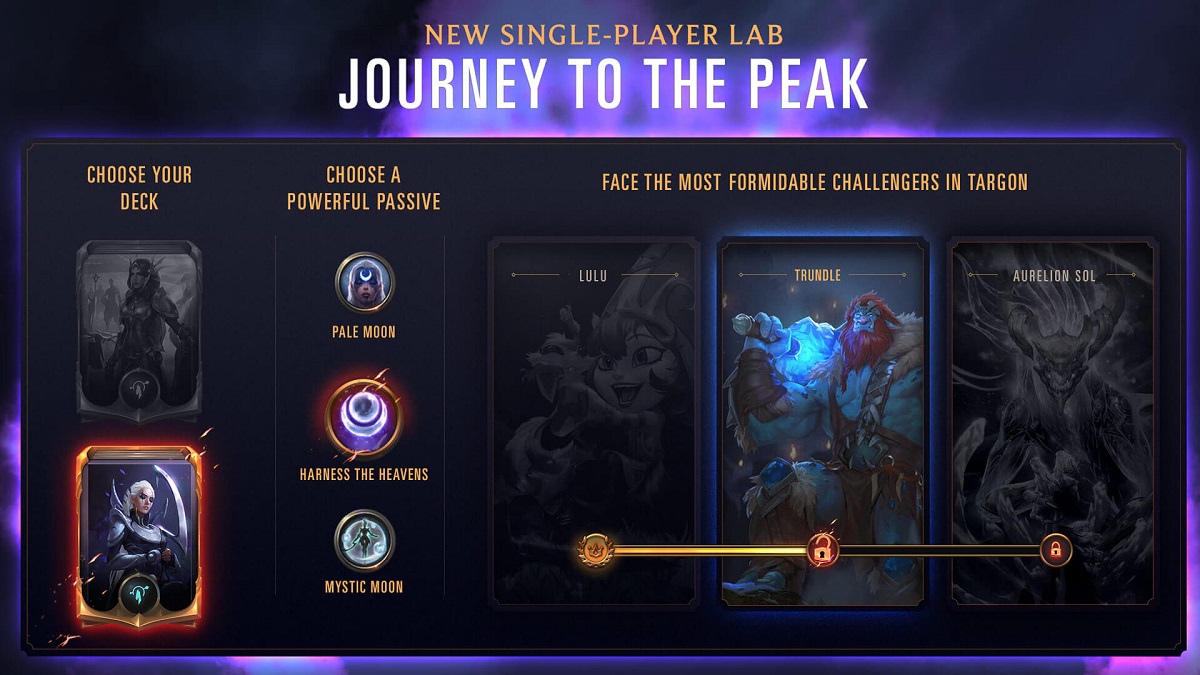 Legends of Runeterra’s 1.11 update has gone live. The latest patch notes detail new changes to certain cards, introduce a new single-player Lab mode, and more to Riot Games’ title. To find out about everything new and improved in Legends of Runeterra, read on.

Single-player Lab: Journey to the Peak