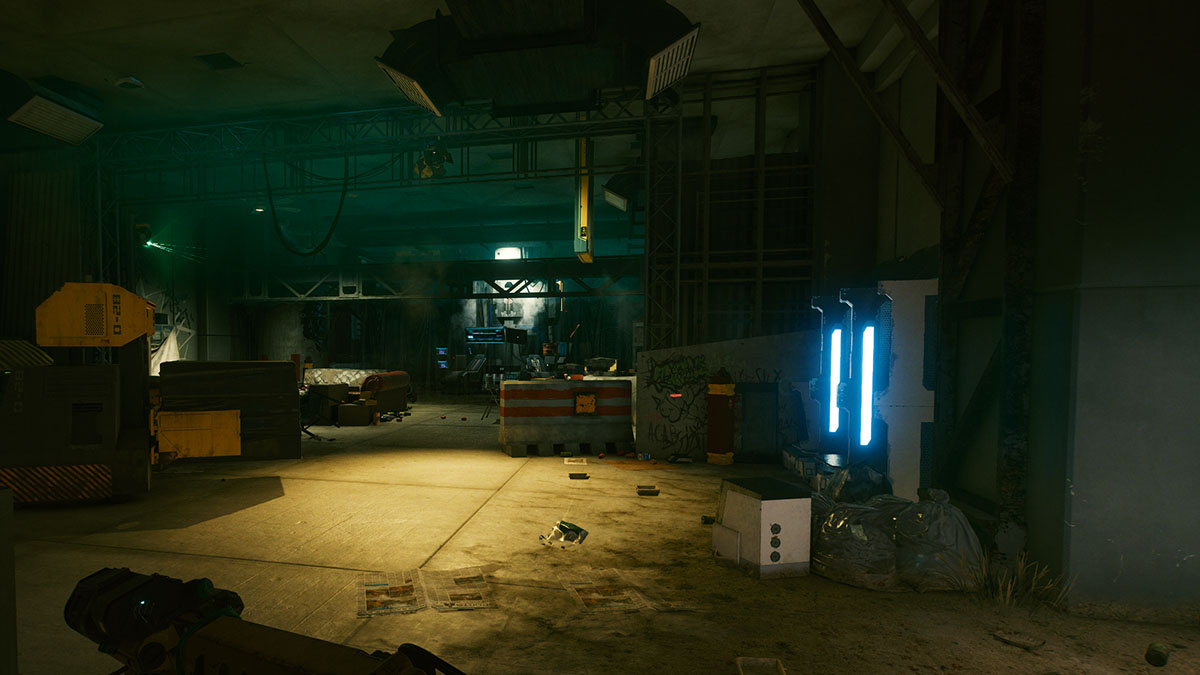 Lex Talionis is a Cyberpsycho Sighting in Cyberpunk 2077. It can be found in the Pacifica region of the game, in Coastview. This mission will reward you with €$1050, 100XP, 227 Street Cred upon completion.

When you get close to the area marked on the map below, Regina will call you and tell you that people have been disappearing there, and it will be up to you to investigate what is happening. Head directly to the waypoint and you will find a garage door you can open, but don’t just charge inside.

The Cyberpyscho in question is called Ben Deballion, and they have a few tricks up their sleeve. Deballion is simple enough to deal with, but you will want to get the drop on him and he has a lot of things in his favor.

First, there are two cameras you should hack to not give away your position inside the building. The first is on the wall to the left when you open the door, the second is about halfway down the room to the right. Just deactivate them both.

Deballion has two combat drones with him that you can either hack or Short Circuit to destroy. Once they are dealt with, he will call in two combat robots. You can just take them out with your weapons. After that, deal with Deballion. Don’t let him keep line of sight on your, or he will try to hack you. He is pretty weak and doesn’t have much health, so it’s fine to close the distance on him and take him out with melee if that is your preference.

Once the fight is over check out the console in the back left of the room to find the evidence that Regina wants, then text her on the phone to finish the mission.