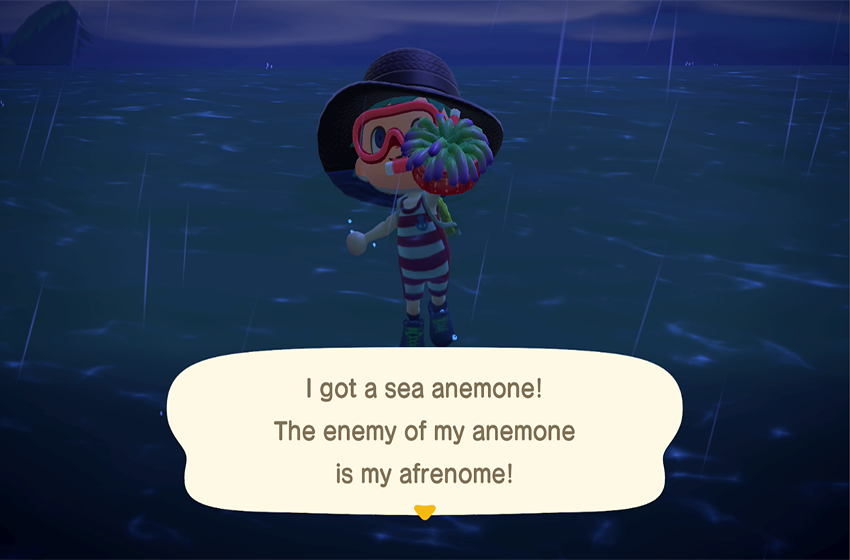 Animal Crossing: New Horizons’ summer update is now live, bringing the ability to go swimming in the ocean after putting on a wet suit and snorkel. Now that you can venture into this new area, you now have access to sea creatures. These aquatic animals cannot be obtained via the usual fishing procedures. You will need to actually go exploring in the deep blue and pick these up and deliver them to Blathers to add them to your museum. Put on your wet suit, jump in the water, and dive when you find bubbles rising to the surface. When down on the ocean floor, move towards the fishy shadows to grab whatever is there. Here are all of the sea creatures we have found so far and the times you can find them on your island.