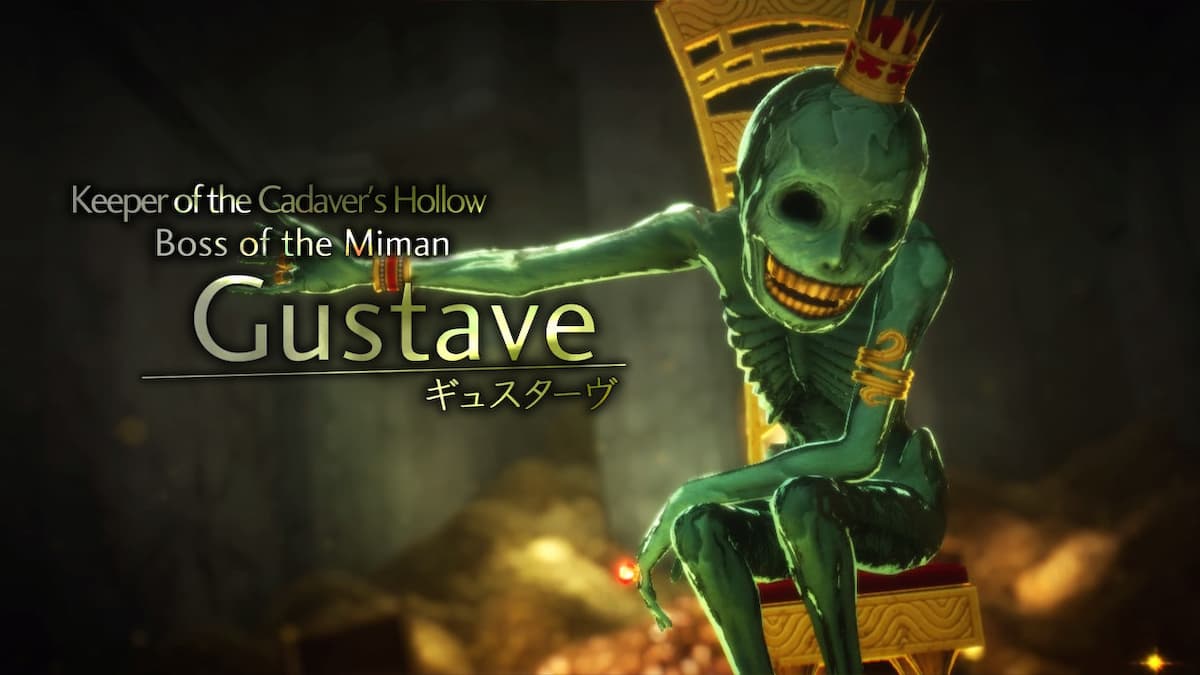 Once you’ve met Gustave at the Cadaver’s Hollow in Shin Megami Tensei V, they will assign you a quest to locate all of their Miman servants, who were sent on a journey to gather things for Gustave to add to their collection. However, being servants of simple brains, Miman tends to get lost and confused, and they need a little extra push from someone to send them home. That someone, of course, is you.

Naturally, Gustave won’t have you do all that footwork for nothing. For every five Miman you discover, you receive a reward — and these rewards are quite good for the area you can acquire them in. However, there are 200 Miman to find, so this isn’t a quest that can be wrapped up in a single sitting. Below is a list of the rewards, which can be also be found by speaking with Gustave.

The primary rewards appear to be Essences and Talismans, which allow you to inherit affinities and abilities to Nahobino or your demons or impart new Magatsuhi attacks to your team. Aside from that, loads of healing items, Incenses and Balms for stat boosting, and Sutras to boost your demons skill affinity. In short, making time to find Mimans will give you vastly useful rewards, so don’t neglect it.