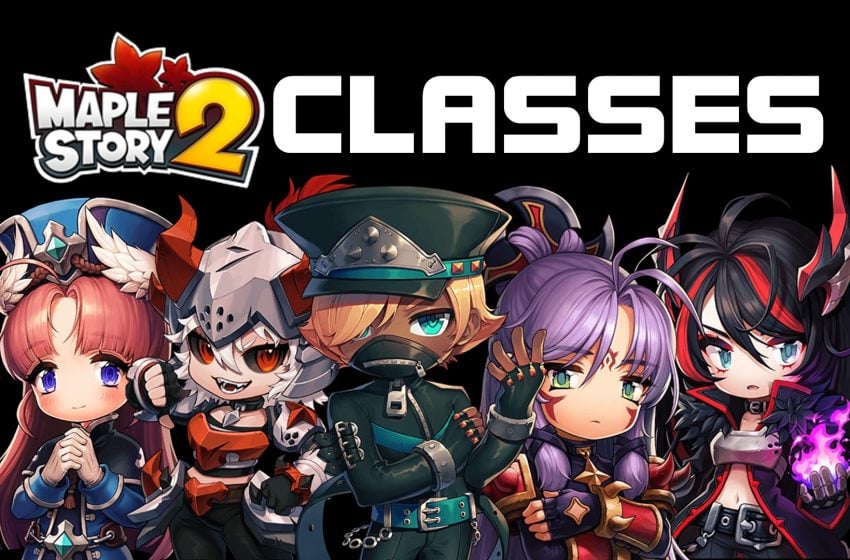 In MapleStory 2, there are many different Classes/Jobs to choose from. There are 11 in total, and each has a primary attribute, weapon, and difficulty. While the game servers may be closing down in a couple of months, it’s free-to-play, so no harm in giving one of these classes a spin in the meantime.

The Archer is all about the long-range. Master a ranged combat style and balance speed for power with the ability to charge your shots to increase the damage dealt.

The Heavy Gunner is based around rapid fire. Between the speed of the shot and the amount of the shots, this class can turn the battlefield into a straight-up warzone.

The Striker is the newest class and the only DEX class in the game. This class gets up close and personal centered around hand-to-hand combat: punches, kicks, and a whole lot of style.

The Priest is a healer class, but don’t think that means there’s no bite. There are both spells for offensive and healing, and some of them do both: Healing allies they hit while hurting enemies they hit.

This class’ power lies in the Mantra Orbs that float around them and power their attacks. While they are more offensive than the Priest, they also have healing abilities.

The Wizard can control multiple elements to rain down terror on their foes. Wield fire, ice, and lightning magic to burn, freeze or shock your foes.

The Assassin is a blend of deadly knives and dark magic. She can use her throwing knives traditionally or wield them with her magical abilities to move with ease and explode on impact.

The Thief is considered to be the most difficult class in the game. Get up close and personal with daggers and poison. For a deadly combination, the Thief deals extra damage to enemies that are poisoned.

The Berserker is all about brute force. A sword that’s heavy swing can cause earthquakes powerful enough to stun enemies that become vulnerable to your hack-and-slash.

The Runeblade marries together the combat styles of a melee fighter and a spellcaster. Apply different enchantments to your blade to slice through your enemies with ease, or to your armor for a buff.