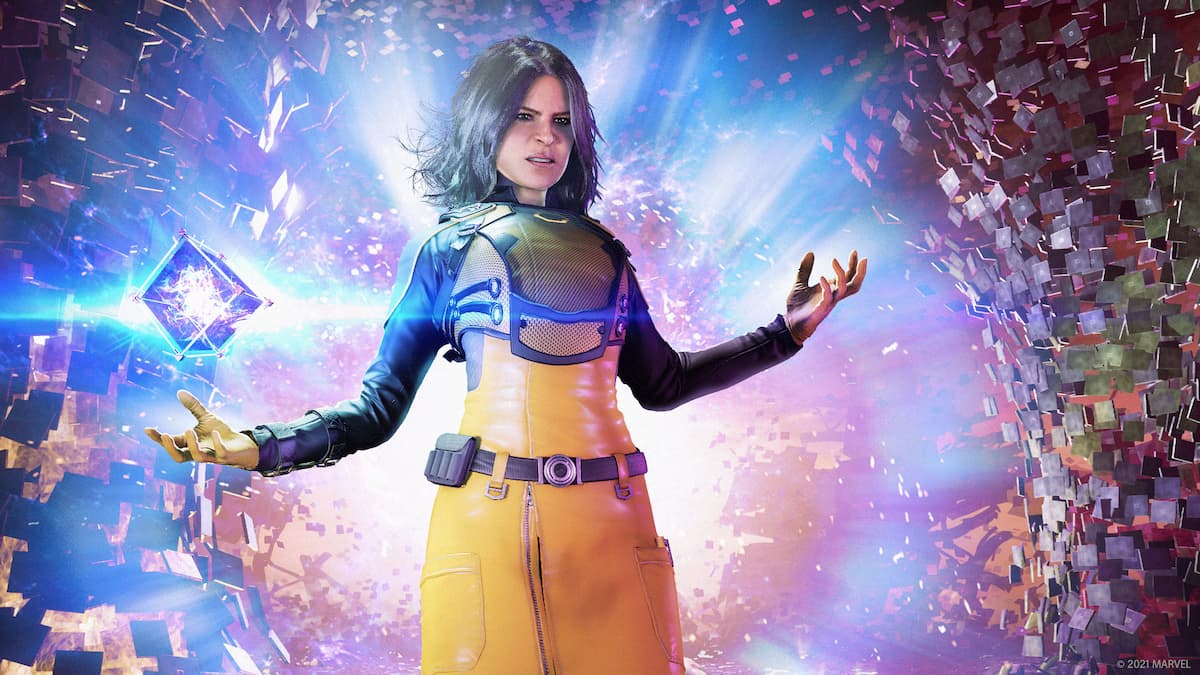 Monica Rappaccini, the self-proclaimed Scientist Supreme, is back as a boss in Marvel’s Avengers, and she has the power of the Cosmic Cube with her this time. As part of the Cosmic Cube Event, Marvel’s Avengers now has a new Villain Sector Warzone. After fighting your way through the Beating the Odds mission in the Snowy Tundra, you will face the Scientist Supreme in a challenging boss fight.

How to beat the Scientist Supreme in Marvel’s Avengers

First off, we recommend using a Hero with powerful Ranged Gear and Skills. Select a Hero with quick Ranged Attacks as well, namely Hawkeye, Kate Bishop, Iron Man, or Black Widow. The other Heroes won’t be quick enough to inflict the damage you need to on the Scientist Supreme.

Observe the layout of the battle area — it is a round room with four pillars, and a hole in the middle where Monica is floating above. As she has a shield, she cannot be damaged right away. Instead, you will be fighting a number of Monica clones, led by an elemental one. These clones cannot be staggered, so you can’t regain health from finishers — instead, they will drop health upon defeat.

The principle here is to defeat clones as quickly as you can, as defeating a clone will get you a buff called Disruption Matrix. The buff increases your damage, and it lasts for 15 seconds — however, defeating more clones will reset the timer and will multiply the effect up to 10 times. Whenever you are running out of buff time, try to find a clone to beat.

The first round will have you face the Electric Clone, which sends out a number of area denial attacks indicated by circles. As the elemental clones have more health, do not waste too much time on them, and instead increase your Disruption Matrix multiplier. Use the increased damage effect against the elemental clone, and then veer off to kill more regular clones. Once the elemental clone has taken enough damage, it will retreat.

After that, Monica’s shield will go down and she will be vulnerable to attack. You have to be fast with dealing damage to her, ideally aiming for the head with Critical Hits and having Disruption Matrix x10. She will be glowing yellow and charging a shockwave attack for about eight seconds — if you deal enough damage, it will interrupt her and the boss fight will continue. If not, she will unleash the shockwave, which is an instant kill move. While you can hide behind one of the four pillars, keep in mind that this shockwave will destroy a pillar. As you go through more rounds, you will have less cover until you eventually have none.

The second and third rounds will throw the Gravity Clone and the Wind Clone at you, respectively — these rounds play the same as the first, albeit with the main clone having different types of attack. In the fourth round, all three elemental clones will attack you at the same time until you completely deplete their health bars. Then, Monica’s shield will be permanently down, but she will still send out shockwaves. Be sure to defeat her with powerful Ranged Attacks before you run out of pillars to take cover behind.