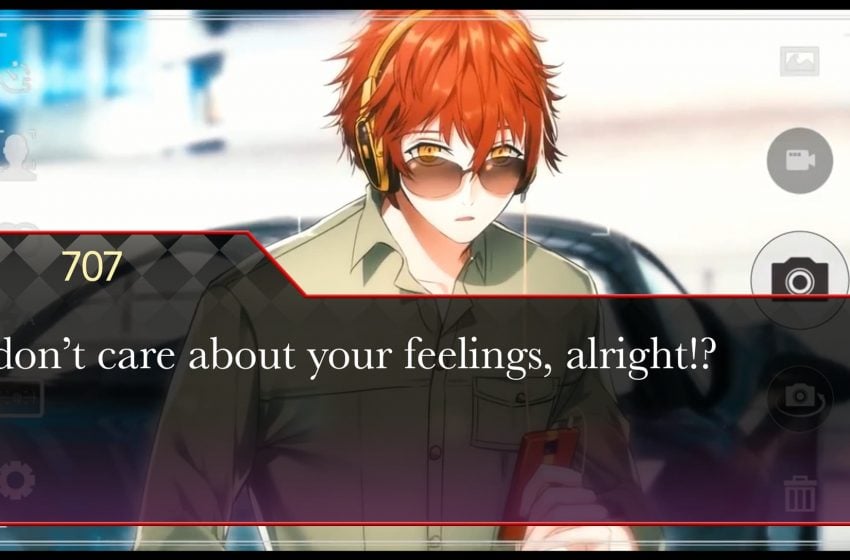 Mystic Messenger has been around for a while, but it is still one of the most popular otome games currently available. Developer Cheritz is always adding new content to the game regularly that keeps players coming back, but many of us still like to explore the original routes provided in the base game. Here is our guide on how to get every ending for the enigmatic photographer, V.

Save often and make careful use of your saves to get all of these endings more easily. Create saves that you can go back to when you get the ending you want.

Getting this route is a lot more difficult than almost any other route in the game. To get started on V’s route, you must get as many of V’s hearts as possible during the prologue on days 1 – 4. You must also avoid getting any heart’s from Ray if possible. Don’t follow Ray’s orders and instead enjoy being with the RFA. Don’t flirt with Ray and avoid being nice to him. Be nice to V, always side with him, and never doubt him. Be sensitive to him and 707, and don’t try to pump either of them for information.

The good ending is the best possible ending you can get with V. You have to reach day 11 with as many hearts as possible from V. You must also have at least 10 completed email chains. To maximize the number of hearts earned from V, follow the list of chat choices below. You can also use our email guide to complete as many chains as possible.

V! Are you alright?

Like all the other characters in the game, the normal ending can be reached by completing all 11 days on the route with fewer than 10 email chains completed for the party. If you complete 10 or more chains, you will get the good ending instead.

To get this ending, you will need to start V’s route during the casual story on days 1 – 4. After the story branches on day 4:

To get to this ending, you need to maintain a good relationship with V through the story branch on day 7, and avoid getting either of the other possible bad endings that can happen on day 7. After the story branches on day 7, start prioritizing V’s condition and feelings above all else. Do not act aggressively towards Ray or Rika; it is perfectly fine to disagree with them, but don’t be hostile. That said, while you need to be concerned for him, you can’t obsess over him or force your affection onto him. Make V love himself, and don’t try to replace Rika with the main character.

To get this ending, you will need to continue getting as many hearts from V as possible and pass the story branch on days 7 and 9. Once you pass day 7, start focusing on V’s condition instead of getting angry at Rika. Be positive and pacifistic rather than outraged and vengeful. You should also act sensitive and doting towards other characters, especially Yoosung. Finally, as day 10 approaches, you will need to find a peaceful way to end the conflict between the RFA and Mint Eye.

To get this ending, you should start V’s route on day 4, then only complete 50% of the chats every day after that until day 7. Once you reach day 7, the story will branch, and the bad relationship ending will start.

To get this ending, you will need to start V’s route by day 4, then try to maintain the route by getting as many hearts as possible by day 7. After day 7, you can get this ending by only participating in 50% of the chats each day until day 10. Once you reach day 10, the story will branch, and you will start this bad ending.