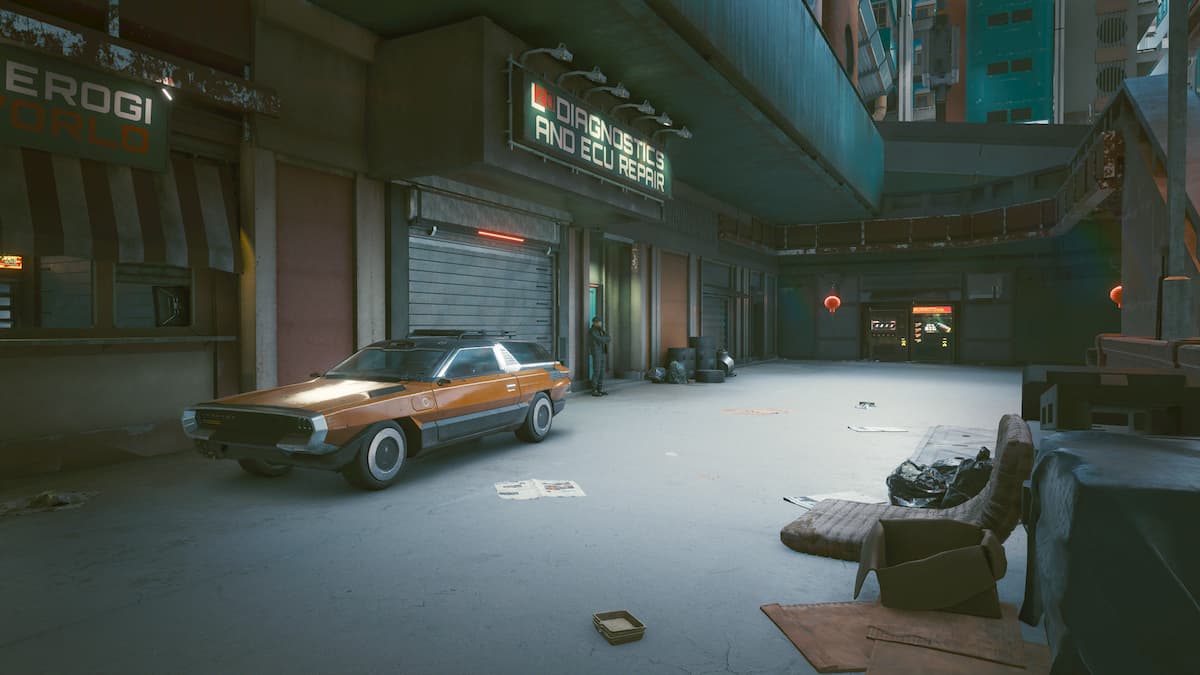 When you cross one of the gangs in Night City in Cyberpunk 2077, you need friends to protect you or need to start running. There’s also the chance they might accept your peace offering, but it’s doubtful, but you can try. A particular individual named Sergei would like to have a gift sent to the Tyger Claws, whom they crossed. You need to deliver that gift to them and see if they can find forgiveness for Sergei’s transgressions.

Where to find Sergei at the designated location

To start the Olive Branch gig, you’ll need to make your way over to the garage on Redwood Street. You can find it in Japantown, close to the center of the city. Sergei will be standing outside the garage named Diagnostics and ECU Repair.

How to deliver the car to the Tyger Claws

Sergei’s gift to the Tyger Claws is the vehicle in the garage. Open the door to Sergei’s left, walk into the garage, and take control of the vehicle. Once inside the car, you’ll receive the location to go to the restaurant where you need to meet the Tyger Claw members.

However, when you are driving the vehicle, you can hear the voice of someone asking to be let out from the trunk. You have the option to open up the trunk. If you choose not to look in the vehicle, all you have to do is continue driving the car to the destination and then park it in the back of the dinner. Speak to the Tyger Claw members, and they’ll take care of the rest. When you leave the area, the gig is over.

But there’s a little more to do if you pull over on the side of the road, and look inside the trunk.

Should you let Alex go or give him to the Tyger Claws?

If you let Alex out of the trunk and he’s free to go, he promises to pay you and Wakako enough money to not lose for not having completed the exchange. But Sergei’s life is likely forfeit. You do receive double the money for letting Alex go than you would for giving him over to the Tyger Claws.

In the end, it’s a choice between letting Alex die, or Sergei, because you did not fulfill your promise of the gig. It might mean you’ll see Alex later in the game if you let him go, and not Sergei. If you complete the task for Sergei, you might see him later in the game.