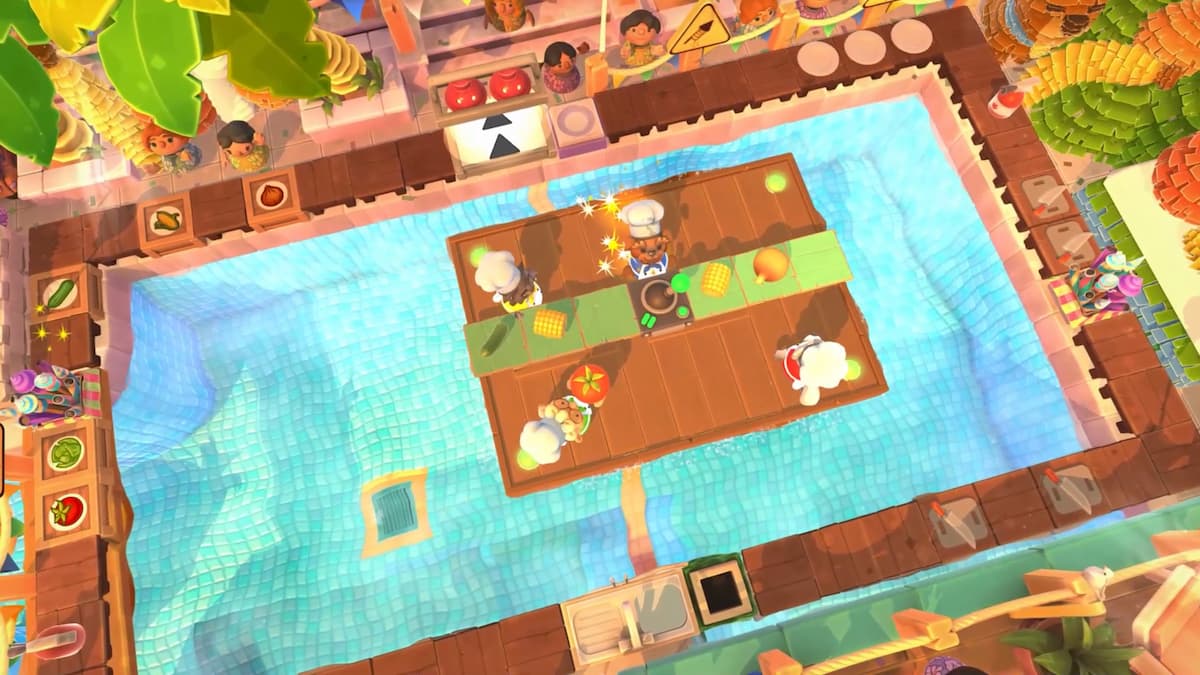 Overcooked 2 is available for PlayStation 4, Xbox One, PC, and Nintendo Switch letting players team up (or against one another) as chefs to prep meals for hungry customers. The game sports over 30 levels spread out across six different worlds, and players can expect to make everything from sushi to salads to pasta throughout the game.

For players that want the most challenging, punishing experience possible, there’s also eight secret levels in Overcooked 2. Dedicated to Kevin, the Onion King’s faithful (and much wiser) companion, these eight levels can be unlocked throughout the game by completing hidden challenges. It’s admittedly difficult to unlock all eight secrets, as players have to nail a specific combo or reach a certain score during play. There’s also different requirements between solo and cooperative players too, so Overcooked 2 fans playing alongside a friend or party will have to work a little harder to unlock them all.

For players that want to fry up the hardest missions that Overcooked 2 has in store, here’s how to unlock them. Keep scrolling below for more information.

Kevin 1 is the first secret level, and it’s pretty easy to unlock between both solo players and coop parties. To unlock Overcooked 2’s first secret level, players have to successfully complete a two-meal combo—That is to say, they must send off two orders to customers in the order that they are presented on screen.

Kevin 2 is unlocked by playing on 2-2. Solo parties must complete an order combo made up of three meals, while coop groups have to reach a combo of five orders.

Kevin 3 is unlocked by playing on 2-4. This secret level is unlocked by reaching a high score instead of building up combos. For those playing on their own, score 600 points on 2-4. Coop parties must reach 1,000.

Available after playing 3-1, Kevin 4 is also unlocked by reaching a fixed high score. For players going through the campaign on their own, they must reach 450 points on 3-1. Coop parties have to reach 1,100.

Available after playing through 4-3, solo parties unlock Kevin 5 by finishing a four-order combo. Multiplayer parties, on the other hand, must reach a five-order combo.

Kevin 6 is available through 4-5, and once again, players will need a high score to unlock this level. Score 400 points on solo mode or work together with a coop team to reach 500 points.

Kevin 7 is unlocked on 5-5, and it requires order combos. Solo players must reach a five-order combo, while coop parties need eight meals in their combo. This one is pretty tough to reach.

The very last secret level in Overcooked 2. Kevin 8 is arguably the most challenging to unlock. Players have to go through 6-4 and score meal combos. Single-players must hit a combo composed of five meals, whereas coop parties must reach a combo order with seven meals.