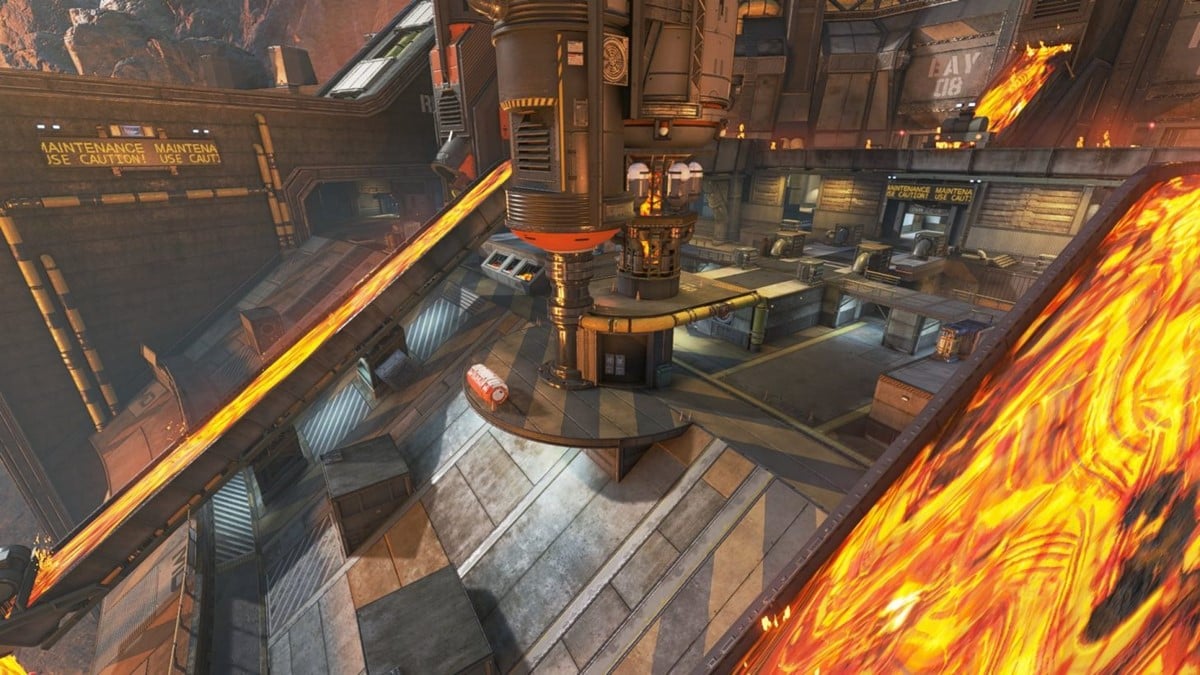 The Arenas game mode was added to Apex Legends at the beginning of Season 9: Legacy. Since then, it has always had two original maps in rotation: Party Crasher and Phase Runner. The only time that other ‘new’ maps have entered rotation, that have just been POIs from existing maps, like Golden Gardens, Thermal Station, and of course, Skull Town during the Legacy event.

That said, with the launch of the Thrillseekers Event, for the first time since the mode’s launch, we have a brand-new original Arenas map. The map is called Overflow, and it definitely stands out from its predecessors. Let’s take a look at what Overflow has to offer.

Overflow has two major Points of Interest (POIs): Overlook and Slope. Overlook has the high ground, but Slope allows for fast sliding and unique mobility.

Here is a look at the minimap. As you can see, this map only has two material containers, rather than three or four. This will lead to lower material rounds, so prioritize what you buy in the shop carefully.

The map as a whole is pretty tight. You’ll be getting right down to the fight faster than you would on something like Phase Runner. Expect more battles faster.

While not as applicable in other Arenas maps, it is very important to note in Overflow that the out of bounds timer for Arenas is not as long as it is for Battle Royale.

While in Battle Royale you get around 25 to 30 seconds, in Arenas you only get around 5 seconds. Be sure to get back in the fight fast if you can, or you will immediately be eliminated from that round. The lava flows above the field are out of bounds, so be mindful if you decide to use them, and get off of them as quickly as you can.