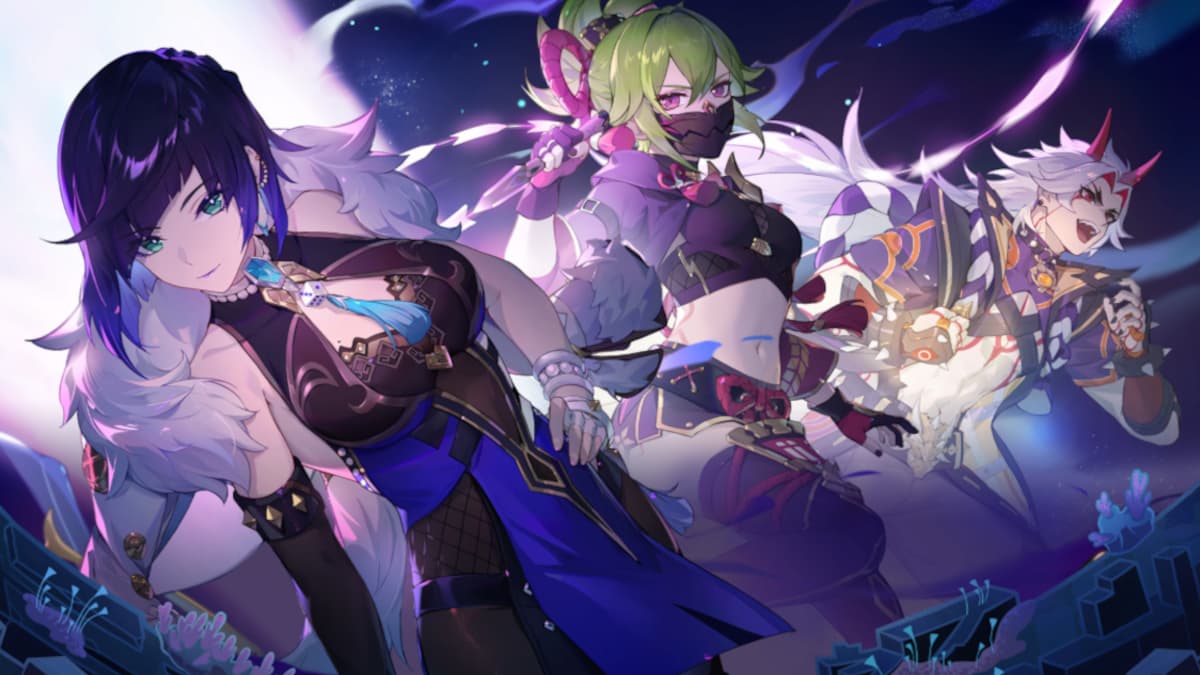 With Patch 2.7 comes a new event — the Realms of Guile and War. This combat event for Genshin Impact has you selecting a team of characters and surviving through several rounds of enemies. After each round, however, you have to select a new group of characters to proceed. A slight rogue-lite element is added with Strategems, which are randomly generated and can buff your team each round. We’ve got the full breakdown of the Realms of Guile and War event for you down below.

To unlock this event, you need to complete the Chasm interlude quests up to and including “Wherefore Did the Spiritstone Descend?”. The game recommends that you also complete Arataki Itto and Raiden Shogun’s Story Quests: Taurus Iracundus and Imperatrix Umbrosa Acts I and II. However, you can circumvent that by heading to the event page and selecting the “Proceed” option. The Chasm quests, however, cannot be skipped.

The story will take the Traveler and their entourage to the Chasmic Maze, and after clearing the story Domain, a pop-up will alert you that you can now take place in the Realms of Guile and War event. Head to the Wooden Sign and interact with it to begin. This event will have you select a difficulty before continuing. The middle difficulty (Stern Antagonism) has enemies at level 75, so adjust your expectations accordingly if you choose an easier or harder difficulty.

Once you’ve chosen your difficulty, you’ll be moved to the Character Select screen. You’ll be given a set of Trial Characters at a high level to use, but be aware that the game’s mechanics will whittle those choices down quickly. See, each stage is a set of three rounds — and after each round, you have to sub in three new characters from your overall lineup. This means that you cannot rely strictly on Trial Characters, and must instead use your own units.

After selecting your starting team, you’ll be tasked with equipping Stratagems. These are rogue-lite buffs that are randomly generated. Purple buffs are stronger than blue buffs in general, but based on your team composition, blue buffs could be more beneficial. Select the ones that boost your characters the most — you can have three Stratagems equipped at any time.

At the start of each round, you will spawn in a set number of enemies and be asked to eliminate them. Afterward, you will earn a new currency (Stratagem Shards) before progressing through the domain. You may come across Question Mark Challenges, which off you a set of choices. You can choose to keep the combat difficulty you’ve got or increase the challenge for greater rewards.

Each Round features three battles total. You cannot eat food, revive, or use potions or inventory buffs while in the event, and the only way to resurrect downed units is via paying 200 Stratagem Shards at the character select screen. After completing the third battle, you will be asked to select one unit to keep in the party, and the rest will be discarded. You will then have to form a new team of four to continue with the next round. This continues until the third round, where the final battle is against a World Boss such as a Prime Geovishap.

In addition to Primogems, Mora, and EXP Books, you can also exchange Moonlit Cragstones for Weapon Ascension Materials, Talent Books, and Crowns of Insight. You obtain these Moonlit Cragstones by completing the Perilous Trail stages, such as Direcliff Court, and you can exchange them via the Events Overview Event Shop.