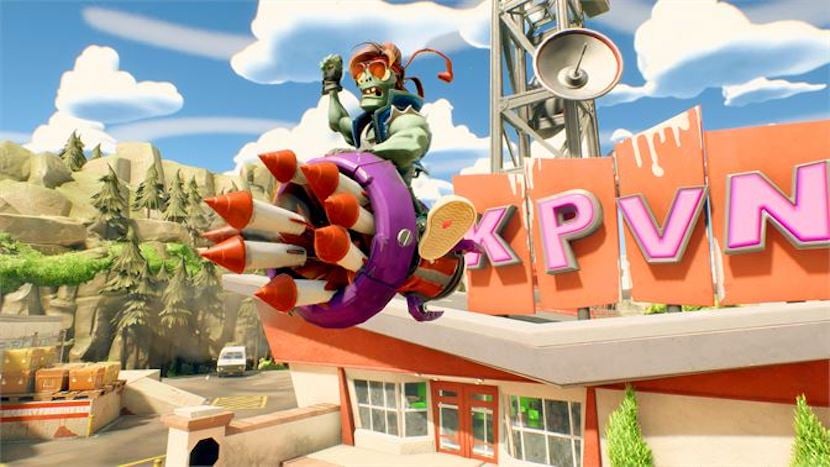 Plants vs. Zombies fans. Battle for Neighborville is just about ready to be unleashed, bringing with it some more single and multiplayer fun between the two teams. You’ll find hours of fun waiting here, but the first thing you’ll want to get the hang of is promoting your characters.

There’s a benefit to promoting characters, as some fans may have seen in the previously released Plants vs. Zombies: Garden Warfare 2. It enables them to earn several goods a few more times. This includes upgrades for your character, with a list for each one.

Let’s take a look at how to promote characters in this hit multiplayer game!

Plants Vs. Zombies: Battle for Neighborville – How to Promote Characters

The first thing you’ll need to do, once you rank up properly, is finding the promotion point in your camp. This works for both Plants and Zombies sides.

To find the promotion area, it’s usually located up the stairs in a nearby terrace. But if you need a reminder, stand on the question mark pad in the middle of the camp. This shows you everything available in your section. Look for the “Promotions: Earn New Upgrades’ and head that way.

Go up the stairs and look for a glowing plunger in front of one of your colleagues, who’s ready to discuss promotions. Now let’s get ready for what’s next.

How To Promote Your Character

Once you earn the proper amount of XP, you’ll be able to place promotion on your character.

There are a few things to keep in mind. A character has to reach level 10 before you can hand down a promotion, just like from Plants vs. Zombies: Garden Warfare 2. Also, you can only promote up to five times. But each promotion opens up new upgrades.

You’ll see the available promotions for each character, usually with two to choose from. This includes better storage for weapons, the ability to knock back enemies, and other perks. You’ll want to decide which one works best, depending on your style of play.

Once that’s done, the upgrade you select will unlock, and can be applied to your character! From here, you can customize your upgrades, selecting which ones to equip yourself with. Stick around with Leveling Up, as it’ll help you build up XP faster. This, in turn, will help you earn upgrades much, much faster. If you prefer, you can also use your in-game currency to buy XP, which also helps.

And that’s it! All you have to do now is decide which upgrades work best with you for Promotions! Experiment and see what’s available.

Plants vs. Zombies: Battle for Neighborville releases on October 18 for Xbox One, PlayStation 4, and PC.