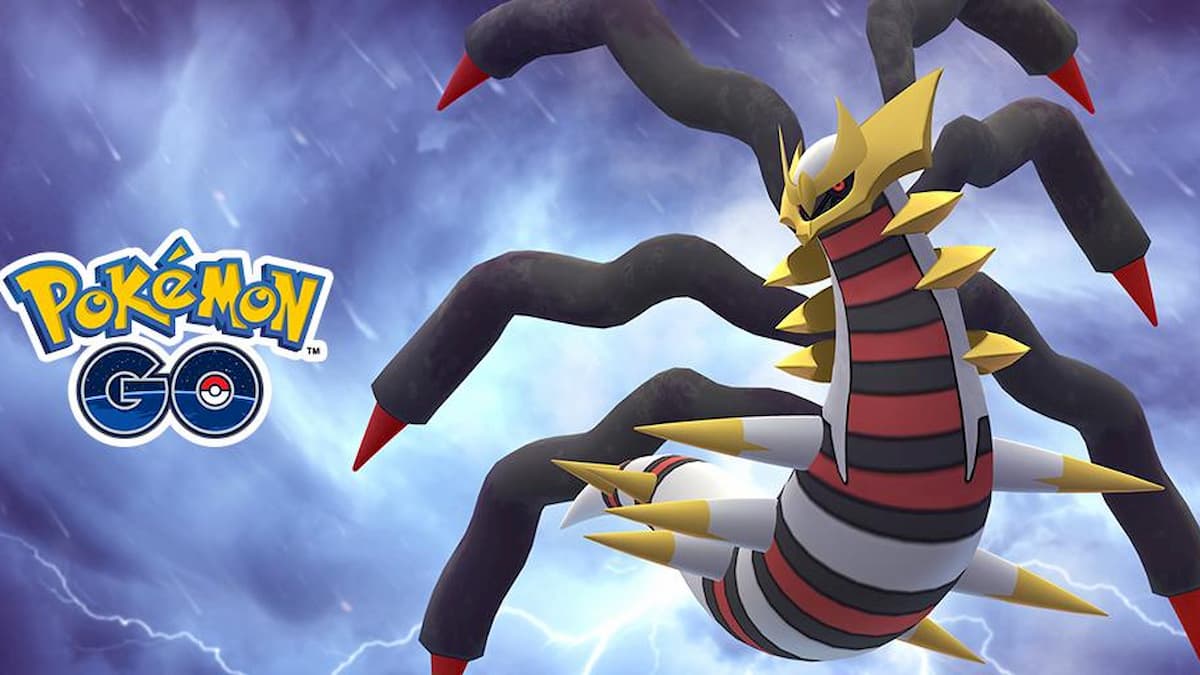 Giratina is a legendary Pokémon and is available during limited times in Pokémon Go. You can typically find it on the rotation in the five-star raids, and you need a handful of other trainers to help bring it down. It has two forms, it’s Altered Forme, and its Origin Forme. The Origin Forme is a more powerful version, making it a highly sought after addition to any competitive Pokémon trainer’s collection, and we’ll be focusing on how to take it down.

Origin Forme Giratina is a Ghost and Dragon-type Pokémon. It’s weak to Dark, Dragon, Fairy, Ghost, and Ice-type attacks. You want to avoid using Bug, Electric, Fire, Grass, Poison, and Water-type Pokémon into this encounter, especially avoid using any Normal or Fighting-type ones.

The best Pokémon you can use against Origin Forme Giratina include Galarian Darmanitan, Zekrom, and Mega Houndoom.

Galarian Darmanitan is an Ice-type Pokémon. The Galarian form is a bit harder to come by, but if you’ve been hatching enough 7-kilometer eggs, you likely have the Pokémon in your collection. Traditionally, it’s a Fire-type Pokémon, which is what you want to avoid. But the Ice-type Darmanitan gives it impressive damage, ideal for taking down Origin Forme Giratina. It has a maximum CP of 3,105, an attack of 263, a defense of 114, and stamina of 233. The best moveset to give it to use ice fang for its fast attack, and avalanche and ice punch for its charge move.

The next choice you want to use in this battle is Zekrom, a Dragon and Electric-type Pokémon. Much like Origin Forme Giratina, it’s also a legendary Pokémon, and you can only capture it in a five-star raid. Because of its rarity, not all trainers may have access to it, so you should still do fine in this encounter if you don’t have one. It has a maximum CP of 4,038, an attack of 275, a defense of 211, and stamina of 205. The best moveset yours can have is dragon breath for its fast attack, and outrage and crunch for its charge moves.

The final you can use against Origin Forme Giratina is Mega Houndoom, the Fire and Dark-type Pokémon. It’s a Mega-Evolved form of the traditional Houndoom, meaning you need to participate in Mega Raids before jumping into one against Origin Forme Giratina. Trainers who go out of their way to bring a Mega Houndoom to a five-star raid can provide an attack boost for everyone in their group, and will likely have a better chance of succeeding. Mega Houndoom has a maximum CP of 3,842, an attack of 289, a defense of 194, an stamina of 181. The best moveset it can use is snarl for its fast move and foul play and crunch for its charge moves.

There are other Pokémon you can use against Origin Forme Giratina. You can also use Dialga, Salamence, Garchomp, Rayquaza, Dragonite, Palkia, Darkrai, Hydreigon, Tyranitar, Togekiss, Mewtwo, Latios, and Weavile.

Once you beat Origin Forme Giratina, you receive a limited number of Premier Balls to attempt to capture it. If you succeed, the Pokémon is yours. But if you fail, you need to find another five-star Origine Forme Giratina raid to try and catch it.