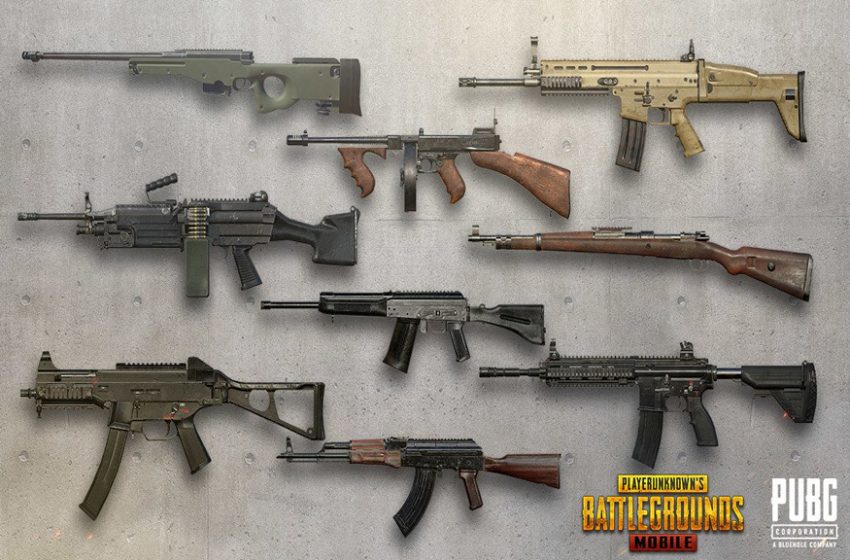 PlayerUnknown’s Battlegrounds requires you to get in, loot fast, and be ready for any upcoming battles with the dozens of players you have a chance to encounter in the battle royale game. There are many weapons you will come across during your time in the game. Sometimes it can be difficult to ensure you have the very best that is available without trial and error. No worries though, we have a complete list of the best weapons and attachments you can find in the game.

This gun is an absolute monster, but it’s only found in loot crates. If you find a Groza on a body or out of a care package, pick it up and feel the power in your hands. Outfit it with a decent scope and get ready to wreak havoc with its 7.62 ammunition.

You can’t go wrong with any of these guns, but it depends on what you’re using them for. The M16A4 makes a decent replacement for a sniper rifle at long range as its initial bullet speed is the highest in its class.

The SCAR-L is a beast when fully equipped with attachments, like a compensator, a vertical foregrip, and extended quickdraw magazine. It is the best assault rifle in the game when firing full auto at range.

The M416 is a beast when fully kitted out with attachments. It has high damage and low recoil. While it might not have the greatest range, the M416 is one of the best weapons in the game.

The AWM is a devastating gun with the highest damage in its class, but it can only be found in care packages. If it’s equipped with an 8x or 15x scope, it can destroy enemies and pop off their helmets at insane distances, and should be an immediate pick-up if found. If you hit a solid headshot, you are going to kill the enemy no matter what level helmet they have equipped.

The Kar98k is a bolt action rifle that will serve you well. Of sniper rifles found outside of crates, it has the most damage. Anyone with a level one or two helmet will be killed with a headshot. Really the only attachment you have to find for this gun is a proper scope.

The SKS is a marksman rifle that sacrifices accuracy for fire rate. A suppressor is the most sought out attachment for this gun to hide you from enemies, but getting a good scope is also a great find for sitting back and chipping off damage.

With the best initial bullet speed in class, the UMP is a great option for close encounters. Its decent range also means it’s more versatile than a shotgun for CQC fighting, so it’s a solid option in early and mid game until you can find a sniper rifle or assault rifle. A fully kitted UMP with a suppressor or compensator, grip, extended mag, and reticle, turns it into a strong choice and arguably the best all around SMG..

The Vector has great damage for close and personal fights, but you are at a distinct disadvantage if you have no extended mag given its high fire rate and very low 13 bullet count in a clip. If you are fighting in close areas, having this weapon on your side is highly desirable.

If you decide to go the route of a shotgun in the early game, your best bet will be the S12K. It has the lowest damage, but it’s fully automatic and can shred a squad up close. If equipped with an extended mag, it will hold eight shots and be fully spammable. Like other shotguns, avoid using this in open areas.

The double barrel S686 can mow down enemies one at a time. Unfortunately, when more people are around you have an uphill battle. Since everyone will be fighting for loot as soon as they hit the ground, you can use these to your advantage to run up on someone and blow them away at the beginning of a fight, but if you want a shotgun stick with the S12K.

As the only fully automatic handgun in the game, the P18C can be argued for usage outside of early game skirmishes, but generally pistols are not great as more time goes on. It’s a solid option to be able to quickly switch to and finish somebody off in the heat of a gunfight. Plus, it just looks awesome, especially when equipped with a red dot, suppressor, and extended mag, which puts its round capacity to 25 shots.

As of now, no other melee weapon matters in the PUBG meta. The frying pan can one-hit an unarmored enemy with a headshot, but the bulk of its value is that it blocks shots when equipped and held on the back of your character. The “ping” sound effect will be music to your ears as you survive a shot to the rear.