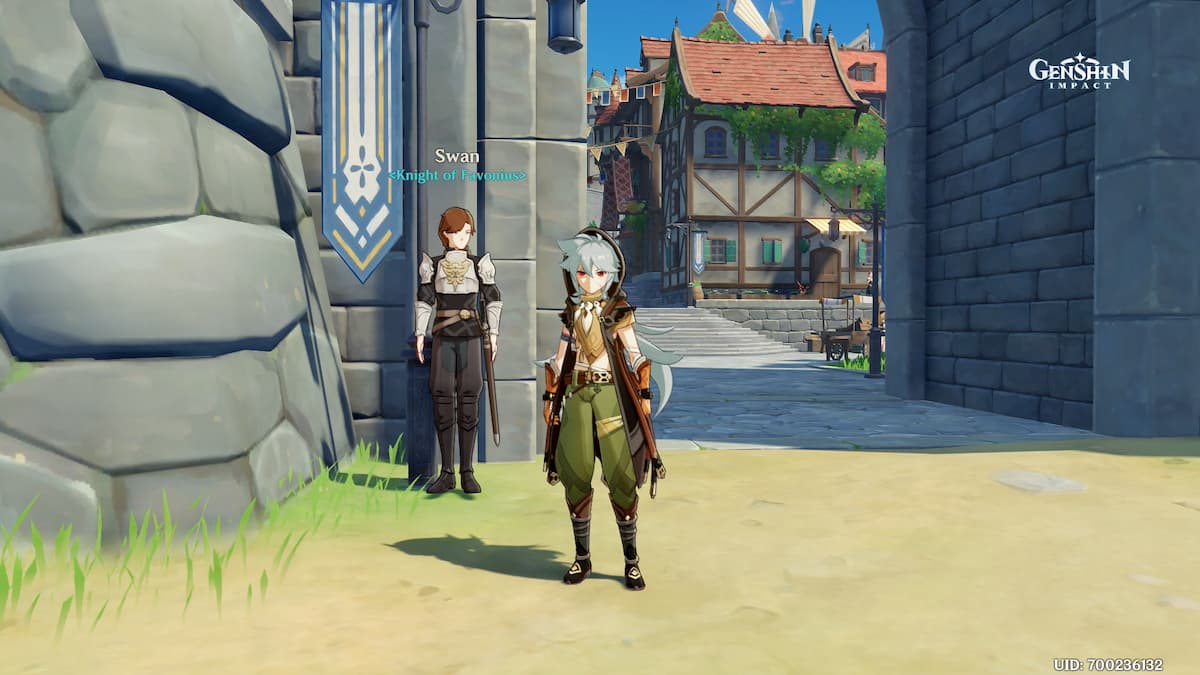 There are plenty of unusual small quests in Genshin Impact, and Question and Answer is certainly one of the more interesting ones. A Knight of Favonious called Swan wants to tests your knowledge about the order, as he feels an honorary member should have a basic grasp of what the order is all about.

He gives you a rather thick book to read, and you can either go through the whole thing or just use the cheat sheet we have prepared below. Personally we just feel that Swan is bored from hanging out at the gates all day, so don’t let him get one over on you by missing an answer.

If you answer all the questions correctly you will receive some food, a recipe, 20000 Mora, and some Adventurer Rank. If you get any of them wrong, he will stop the quiz and you will only receive some of the prizes, depending on how many questions you answer correctly.