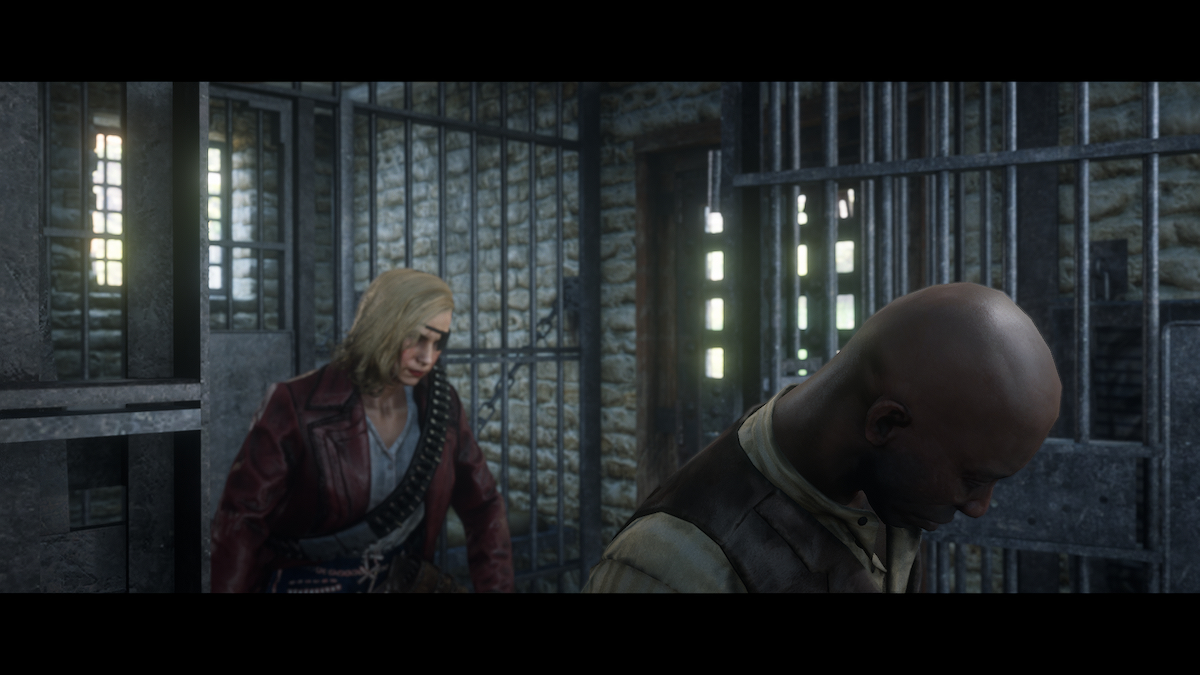 Every leader has their right-hand man. Someone that’s second-in-command is essential to any operation, whether it’s a business or a government. It’s even true for gangs, which often change leadership. Thaddeus Walter’s gang in Red Dead Online even has its own second-in-command, and he’s one of the game’s infamous bounty targets. Here’s how you can track down and capture Thaddeus Walter’s Man.

To get started on this infamous bounty, or any other across the west, you’ll need a prestigious bounty hunter license. This scrap of paper gives you access to ten extra ranks of the bounty hunter role, three more legendary bounties, and of course, all the infamous bounties you could want. Getting one is simple too, just head to your nearest bounty board with 15 gold bars in tow and follow the appropriate prompts.

Once you have your license, head down to Blackwater, where you can take on this bounty. After starting it, you’ll be directed to the outlaw’s last known location. Your minimap will also highlight a train but don’t head straight there; it’s more of a hint of what’s coming.

Arriving at the camp, you’ll find it abandoned. Use eagle eye once you get to the camp to find a clue hinting towards the location of Walter’s right-hand man. As it turns out, he’s boarded a train and is looking to make an escape.

Once you know where he is, hop on your horse and rush to the train. It won’t be moving very fast, so you’ll be able to catch up to it easily. Walter’s man is on the third train car, so you can start firing on the first people you see starting at the train’s rear. Be careful, though; the outlaws have set up a machine gun facing behind the train. Gun down anyone that tries to hop on it before aiming at anyone else. Once the rear car is clear, get your horse alongside it and board the train.

Once you’re on the train, immediately take cover. Onboard are enemies with some serious firepower, especially in close quarters. Some enemies even have shotguns, which can knock you down if they land a solid hit. Play slowly and clear each car as you move up. When you spot Walter’s Man, clear out any enemies around him and run up with a lasso. Once he’s hogtied on the ground, clear out the rest of the train and take control of it from the conductor. Bring the train to a stop, pick up your bounty, and ride towards the Valentine sheriff’s office to claim your bounty.