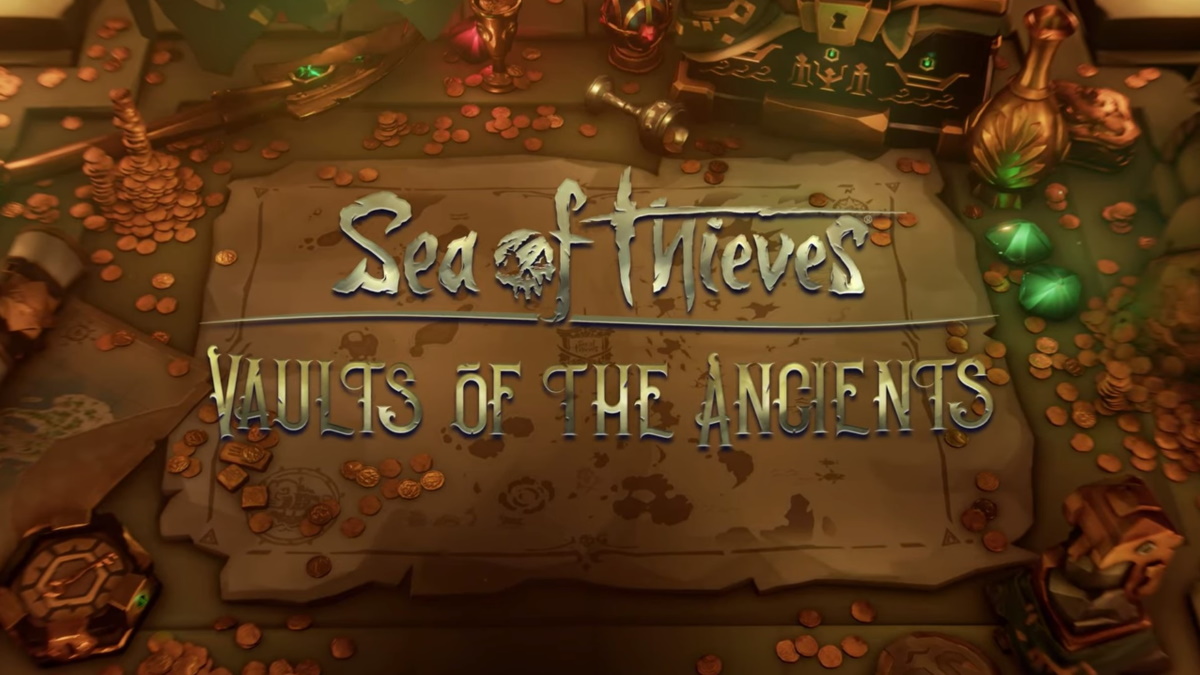 The next Sea of Thieves monthly update is nearly here, and its official name is the Vault of the Ancients. The key feature of it is a new voyage offered by the Gold Hoarders trading company and dogs’ addition. Here’s everything you need to know to prepare yourself for the September update.

What is the Vault of the Ancients update release date?

The new update will launch on September 9. You will need to update your Sea of Thieves client when it arrives to access the game and explore the new voyage.

Vault of the Ancients voyage

The Gold Hoarders needed a place to hide all of their gold following the events of the Gold Shores. Their solution was to hide it in the Ancient Vaults that are dispersed all over the many islands. They task players with recovering the keys to these vaults, but you instead choose to use the key to unlock the prizes inside. The real treasure is hidden behind the various doors and traps the Gold Hoarders created to protect their precious cargo. It’ll be your job to unlock these vaults, learn how to unlock the hidden chambers in a timely fashion, and get out alive.

Two new key accessibility features will be available in Sea of Thieves when the Vault of the Ancient launches. The first is the option for players always to see their health and gun ammunition on their UI. Alternatively, players can turn these off, along with the island banners that pop up when they enter a new location. The other accessibility option changes come with the single stick mode. You can now toggle how that feature works with your camera, giving you more freedom when you move around.

Dogs will arrive to Sea of Thieves alongside this update. While they only have a brief mention in the latest video, they are coming to the Pirate Emporium where players can directly purchase them to add the loyal companion to their crew.

Summer of Sea of Thieves

Dogs will arrive to Sea of Thieves alongside this update. While only have a brief mention in the latest video, they will be available in the Pirate Emporium where players can directly purchase them.

There are many new things available in Sea of Thieves, and not everyone knows what’s been added or where to begin. To make this communication easier, Rare has added Mysterious Notes that players can view in their menu that provides subtle recommendations about what to do in the adventure mode. They make references to new pieces of content and what they need to explore them. It’s a fun way for the developers to directly reach out to the players without breaking Sea of Thieves’ immersion, which is always fun.