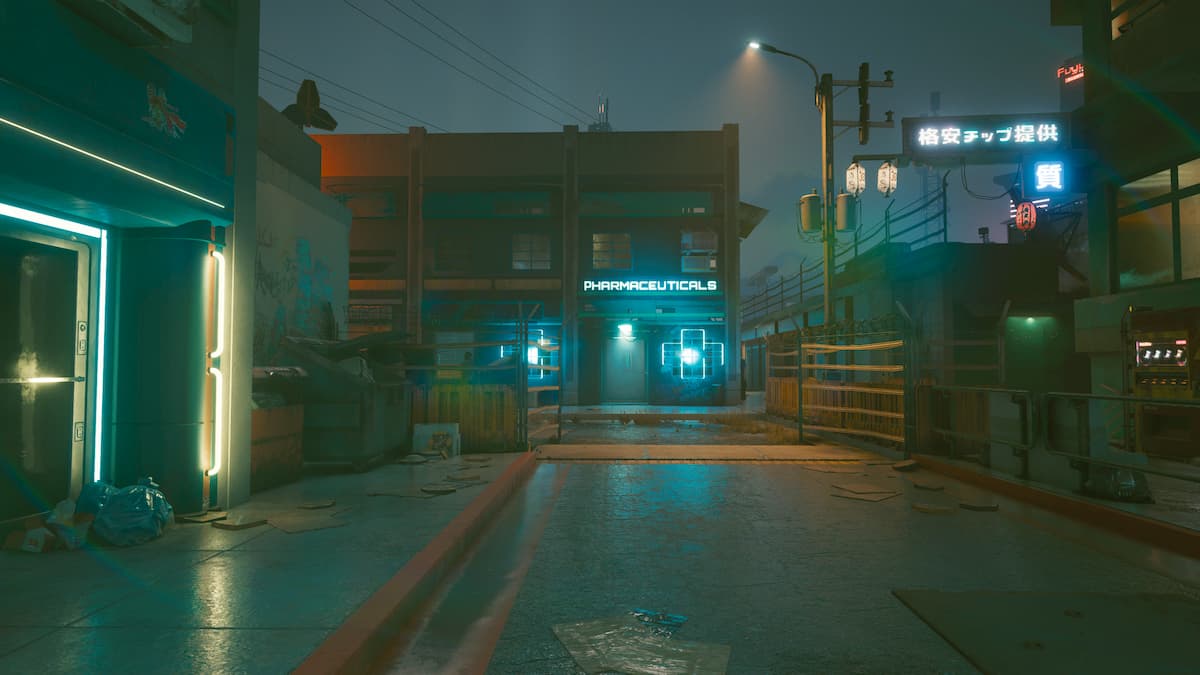 A hustler in Night City, Blake Croyle, is attempting to take over a store owner’s chain of establishments in Cyberpunk 2077’s Shark in the Water gig. The owner reached out to have them taken care of before Blake could take all of the stores, and it’s our job to take him out.

Where to find Aoba

The store seized by Blake is called Aoba, and you can find it at O’Malley Place Street. It’s on the edge of Kabuki, next to the water, right in the middle of the district.

Getting into the store

Blake figured there would be trouble, so he hired Animal gang members to help him out. They’re inside and patrolling the store. A gang member is patrolling the outside that you need to take out, and you can do that by waiting for them to reach the end of the alley, distracting them with the light, and then knocking them out.

How to find Blake

When you land down inside the store after making it from the roof, you can use any number of items to ping the several enemies in the room and figure out where they are. There are at least four you need to worry about. But there’s also a gang member patrolling on the left side, so make sure to ping them once or highlight them.

When you’re ready, turn to the left, and you jump down to the store’s ground floor. However, the gang member that patrols at the entrance and outside the store might be here. Wait for them to turn, and then jump down to them out. There’s a dumpster nearby you can throw them in, and then you can grab the second gang member hanging out in the lone room. There’s a third gang member that patrols the inner perimeter, and you can wait for them to make it to the car before pinging an electronic to distract them and then take them out. That leaves the final gang member in the middle, which should be easy to take out.

Blake will be the last person in the store, in the back. You can take him out, however you see fit. If you knocked him out and took him down in a nonlethal manner, you’ll have to drag Blake’s body to the back of the fixer’s car, and then the gig is finished.