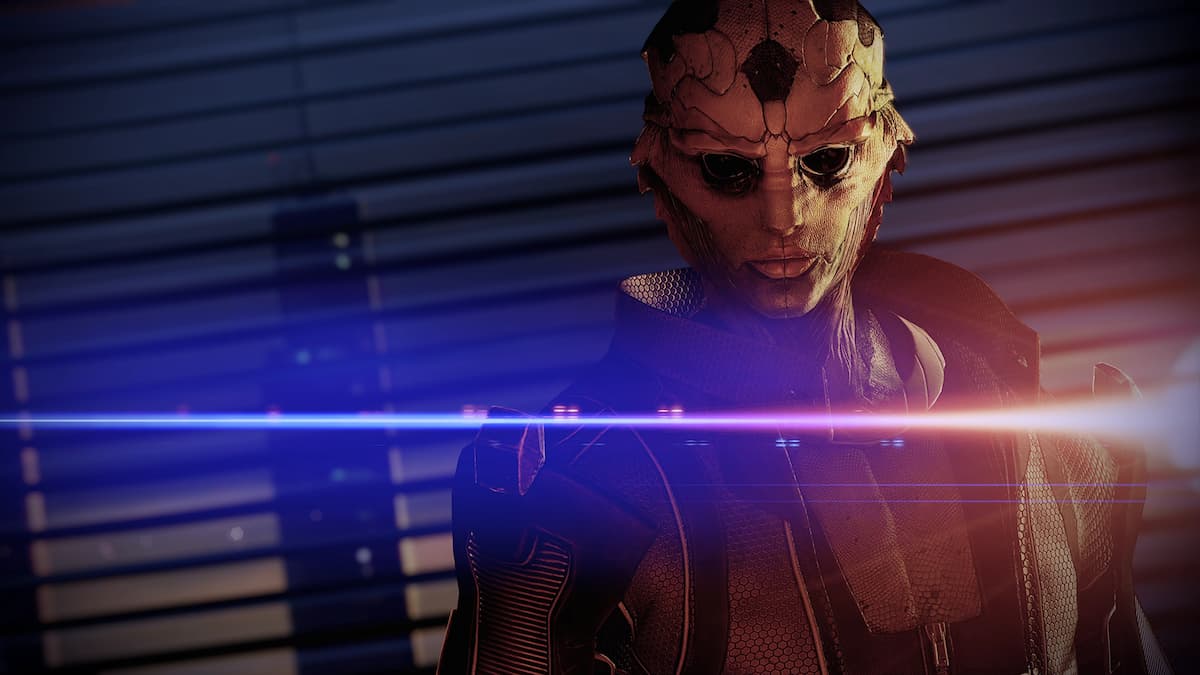 After you’ve completed Kasumi’s loyalty mission in Mass Effect 2 Legendary Edition, she recovers the graybox that contains various secrets about the Alliance hidden inside it. It’s also tied to the memory of Keiji, Kasumi’s professional partner and hinted lover. She has a choice to destroy the graybox or hold on to it, potentially having it leak elsewhere, damning the Alliance in the future. Shepard has the option to persuade her one way or the other.

If you convince Kasumi to keep the graybox, she’ll keep it, and she’ll always have it on hand. Should she ever decide to turn on the Alliance or give them more trouble in the future, she has enough dirt on them to make it really hurt.

If you convince Kasumi that it’s a better idea to destroy the graybox, ensuring she’s no longer a target, she’ll have trouble doing it. You can do it for her, or you can convince her it’s better she does it herself, but it will be destroyed, and she won’t have to worry about it anymore.

Regardless of your decision in Mass Effect 2, Kasumi will become loyal to you. None of the choices do result in a negative action. Unfortunately, nothing happens with the graybox because these details were previously DLC for Mass Effect 2 when they were initially released, so it can’t have a massive impact in Mass Effect 2 or 3. The only big thing that can happen in Mass Effect 3 is if you don’t complete Kasumi’s loyalty mission. She will appear in the game, but she does not join your war effort.