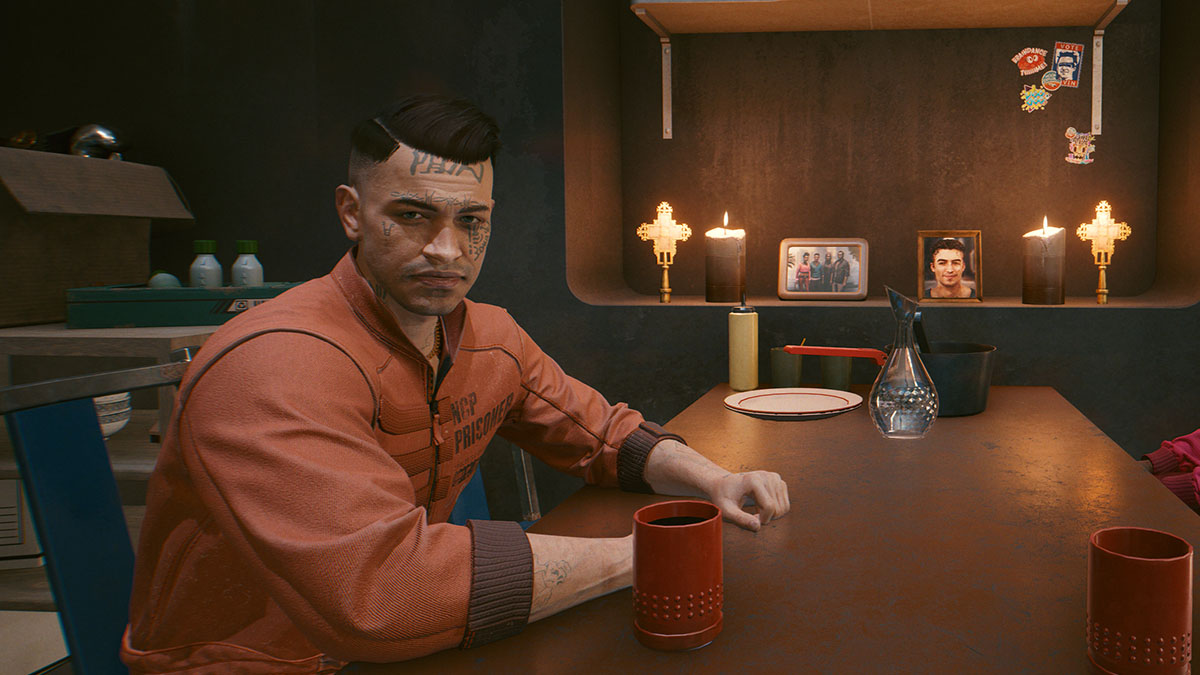 The Sinnerman gig is given to you by Wakako Okada who frames it as a simple hit. You have to meet a man named Bill Joblonsky and help him get revenge against a murderer. Sounds pretty simple, but nothing is simple in Night City.

When you meet Bill you will need to wait for a cop car to drive past, then a heavily scripted driving scene will play out. Just keep following the cop car. After a while, they will stop, and it will be time for Bill to get his revenge.

Get out of the car and follow Bill, but be prepared to watch him catch a bullet with his face. After that, you will need to decide if you want to shoot Stephenson, the murderer, or not. We would suggest you don’t do it, as leaving him alive opens up a far more interesting mission called “A Light That Never Goes Out”.

There is a lot of listening and talking here, but it is a fun mission with some heavy themes that are quite entertaining. Silverhand will also urge you along this path, so you know it must be good.

Stephenson will ask you to accompany him for the day and will match whatever fee you were paid to kill him. Accept the job, then hop in the car with them. We don’t really want to ruin the mission for people, as it is actually quite interesting. One thing you should know is that the red-haired Cropo suit that accompanies them will offer you a bribe to leave later in the mission. You will have three options:

If you take the bribe it will be the end of the mission, and Silverhand will call you a sellout. If you demand more money you can get triple the payout, but this is a Corpo-only option. This will really make Johnny mad. If you refuse the bribe you can continue talking to Stephenson, and learn more about why he wants to do what he does. You will make the suit really mad, but you still get paid when the mission is over.

We strongly suggest playing through the full mission and refusing the bribe as you do have a great conversation with Silverhand when it is all said and done. It’s the first time the game has really approached the reality of what happened to Johnny, and whether he considers himself alive or dead. Stephenson is also a super messed up character and has quite a strange view on life.