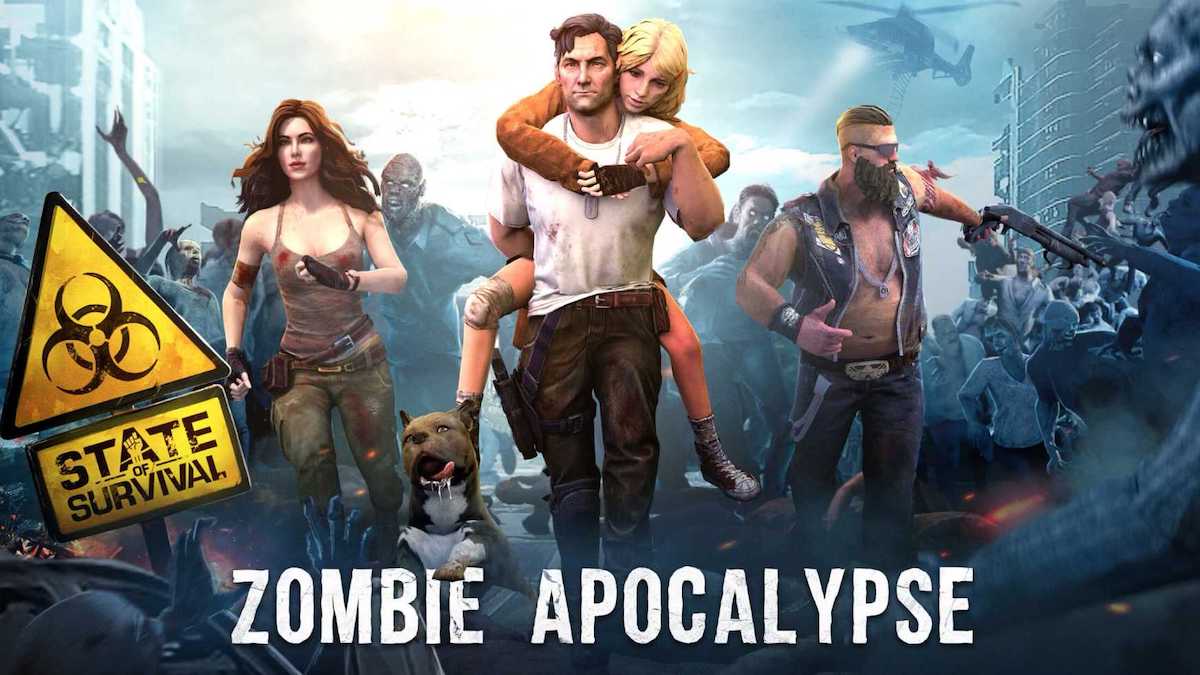 Surviving attacks from both humans and infected alike is the main challenge of getting through State of Survival. To get by in the post-apocalyptic landscape, you will need to rely on strategy a lot, especially when you are preparing for a battle.

Every battle is unique, with different enemies and units you go up against, that will dictate how you tweak and change your troop formations. However, there are some basics that you can follow to start out on the right foot in the game.

But before we can get to those tactics, let’s rundown the basics of the game’s troops first.

There are three major troop types in the game, each with two different sub-types:

The Infantry are your front-line units; they can take a good amount of damage while also dealing out a fair bit of their own. However, their damage output isn’t particularly high, so their main use will be as damage sponges.

Their two sub-types are Shotguns and Shields. Shotguns are more centered around damge output while Shields prioritize taking damage. Since the Infantry will be used primarily to absorb damage, Shields are usually the way to go.

The Hunters are your ranged troops that can dish out crazy amounts of damage. They are going to be the units that you will primarily use to take out enemy forces. However, their health isn’t very much, so you don’t want to put them in a dangerous situation and keep them at a maximum range.

Their two sub-types are Bows and Snipers. Bows dish out more damage to Infantry, while Snipers deal more damage to Riders (the next troop type). While both are effective and important, it is a good idea to have more Bows than Snipers so that you can take out Infantry faster to get to the bigger enemy troops.

Also known as the Vehicles of the game, Riders, much like Hunters, can deal damage to both Infantry and Hunters, depending on the sub-type. They are effective at dealing damage and can even circumvent Infantry to get behind enemy lines.

Their two sub-types are ATV’s and Bikers, with ATV’s dealing more damage to Infantry and Bikers than dealing damage to Hunters. Again, both sub-types are useful but prioritizing Bikers is a good rule of thumb to follow since you will want to target Hunters as soon as you can.

Each troop is comes with four categories of stats: Health, Lethality, Attack, and Defense.

Each stat is connected to another in regards to how it affects your encounter with an enemy. For example, your Attack stat and your enemy’s Defense stat will determine how much damage you do with an attack, while the Health versus Lethality stats will determine how many casualties will come as a result of that damage. To minimize the casualties you take in battle while maximizing the casualties you inflict in battle, you will want to focus on Health and Lethality. To minimize damage taken and maximize damage given, focus on Attack and Defense.

It can be a little confusing at first, but once you get some combat under your belt, you will figure it out.

Now it’s time to go over how to best form your army for battle. There is a basic formula that most players follow for pretty much the entire game:

Hunters are your main source of damage and the troops that you will want to protect the most. This will come from Infantry, which is why they have the majority of your formation. This gives you plenty of damage shielding and will, hopefully, buy you enough time to let your Hunters take out as many enemies as possible. Use your Riders to deal damage where they can as well. Though, the Infantry and Hunters will really be the bulk of your formation, so you could even take out some Riders to add more of either if you want to. You just need to be careful to not lose some of your balanced approaches.

As you progress into the game, unlocking higher-tier troops and encountering other players, you will want to consider mixing and matching different troops and different tiers of troops, especially for PvP encounters. This change of formula could look like this:

You will still want to keep a high amount of Infantry to absorb damage from your enemy, but put an even bigger emphasis on damage output by using more Hunters. You can always remember that if your opponent is stronger, then use some more Infantry to take that damage. Weaker enemies call for more Hunters to be wiped out faster.

It’s always important to play around with these presets and make sure that you look at your enemy’s stats before heading into battle. Not every enemy or battle will be the same, and some may require you to play around a bit with your troops to get the best result. These formulas are just the groundwork to get you started.

Heroes are special troops that will be your leaders when entering combat. Each one can bring you a unique benefit when used in battle, so it really is up to you to decide which Hero works best for you. The most important part is the formation of your Infantry, Hunters, and Riders; Heroes are really just personal preference.

The best thing to follow for your training is to always prioritize our highest-tier troops. These troops will comprise the backbone of your formations, which means that you will want them to be in their best condition.

However, you will not want to leave the other troops behind; if you lose them in battle, you will be left with no other defenses for your best units, and when you lose a high-tier troop, that can set you back for a long time in the game. So if you find yourself with too many troops, especially when you have hit the higher tiers like 8 or 9, you can upgrade your troops immediately without training them. This will help them increase their usefulness while not taking up space or time in training that can be dedicated to other units.

To summarize the training, focus on your highest-tier troops and train the others when you can so that you’re not left defenseless should those lower-tier troops get killed.