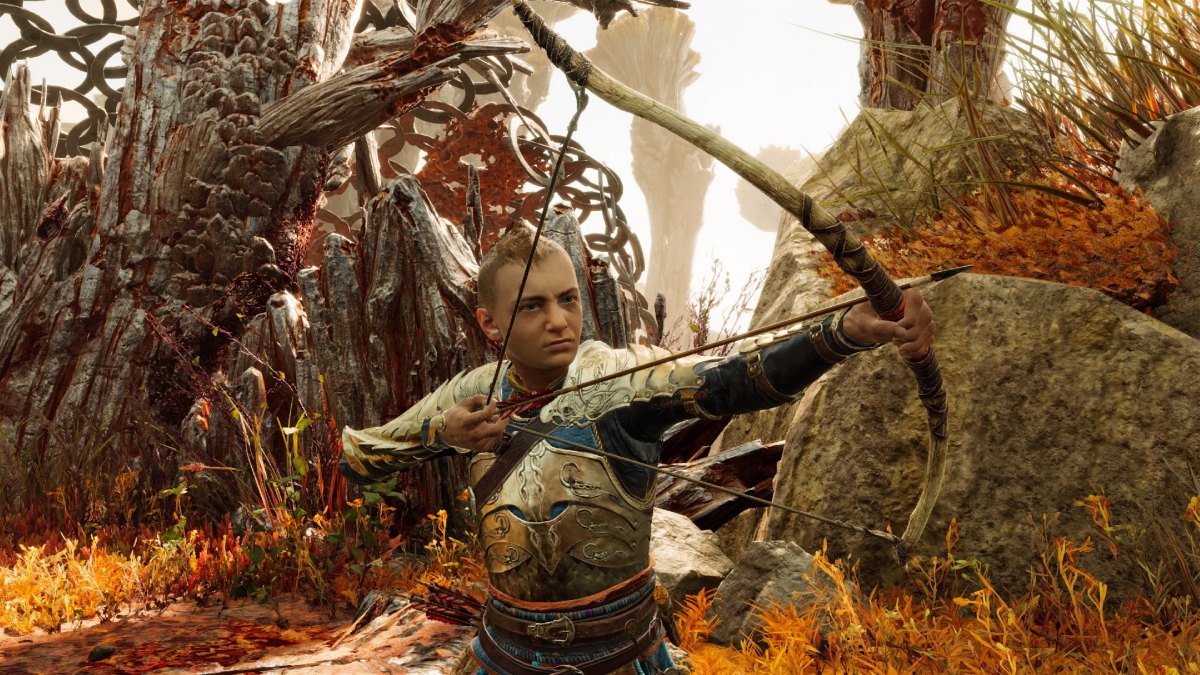 In God of War Ragnarok, Atreus has a central role in stopping the Aesir Gods and the mythical event of Ragnarok. We get to play a sizeable portion of the game in his shoes as he learns about his fate while exploring the Nine Realms of the Norse world. With that, Atreus also has a fleshed-out skill tree that can be of great use to him in all kinds of encounters. Of course, some of them are much more useful than others. With that in mind, here are ten of the best Atreus skills in God of War Ragnarok.

Being agile is one of Atreus’ best traits as such he can do some serious heavy attacks with his bow. The Bludgeoning Strikes are just that with him tripping and striking enemies with powerful strikes. Using them for a beatdown does some serious stun damage and can help in quickly finishing opponents off.

The Deceptive Eagle Eye skill is extremely useful especially when you’re against much tougher and bigger enemies. This skill slows down time when you press L2 to perform a last-second evade. With this, you can quickly evade the enemies and put in a few arrows while time is slowed.

Atreus can pull off some amazing acrobatic moves with his bow that can easily confuse his enemies and in turn, defeat them. The Dive Into Battle skill puts all of that into display when Atreus performs a grappling move on a static enemy and finishes them off with a forceful strike. It also applies the status of damage of the arrow type he currently equipped with.

Another one of Atreus’ agile attacks can be performed through the Evasive Marksman skill. With this skill, he performs a backward dodge and shoots a barrage of arrows while in mid-air. This will catch the enemy by surprise and might also stun them. This makes it a great skill to have, especially in unexpected encounters.

As amazing as the Sigil Arrows look, they also do some serious damage against all kinds of enemies. One of the attacks Atreus can perform with these arrows is through the Hex Reignition skill, where the additional elemental explosions happen when they hit enemies. This can be used to quickly get rid of the smaller and weaker enemies and focus on the tougher ones.

Hex Potency is an early skill for the Sigil Arrows which causes Hex explosions to have a wider area of effect. While this is not as powerful as other skills, it is crucial in the early stages of playing as Atreus when you need all the best you can get.

While Atreus is not as strong as his father Kratos, he can inflict some serious damage on enemies thanks to his father’s training. This is expressed through the High Ground skill which helps him perform a heavy attack finisher at the end of a light attack combo. This shows Atreus’ ultimate will in taking down strong enemies without the help of his father.

Atreus’ Sonic Arrows do some amazing elemental damage to singular enemies through explosions. With the Sonic Resonance skill, however, the Sonic elemental damage from an explosion can reach nearby enemies as well. This is particularly useful when there are a lot of enemies bearing down on him. Using this will stun them a bit which can give him enough time to put in some light strikes.

As a fierce warrior, Atreus needs to be smart as well as aggressive in his attacks, which is why the Warrior’s Reversal is great for both. After performing a successful parry, pressing R2 will launch the unsuspecting enemies into the air.

While Kratos does most of the job during his and Atreus’ travels, there are certain moments when even the Ghost of Sparta can get overwhelmed. As such, Atreus can be really useful. With the help of the Watchful Protector skill, Atreus will draw enemies toward him whenever Kratos is under pressure or has low health. This lets you catch your breath, and get back into the action more quickly.