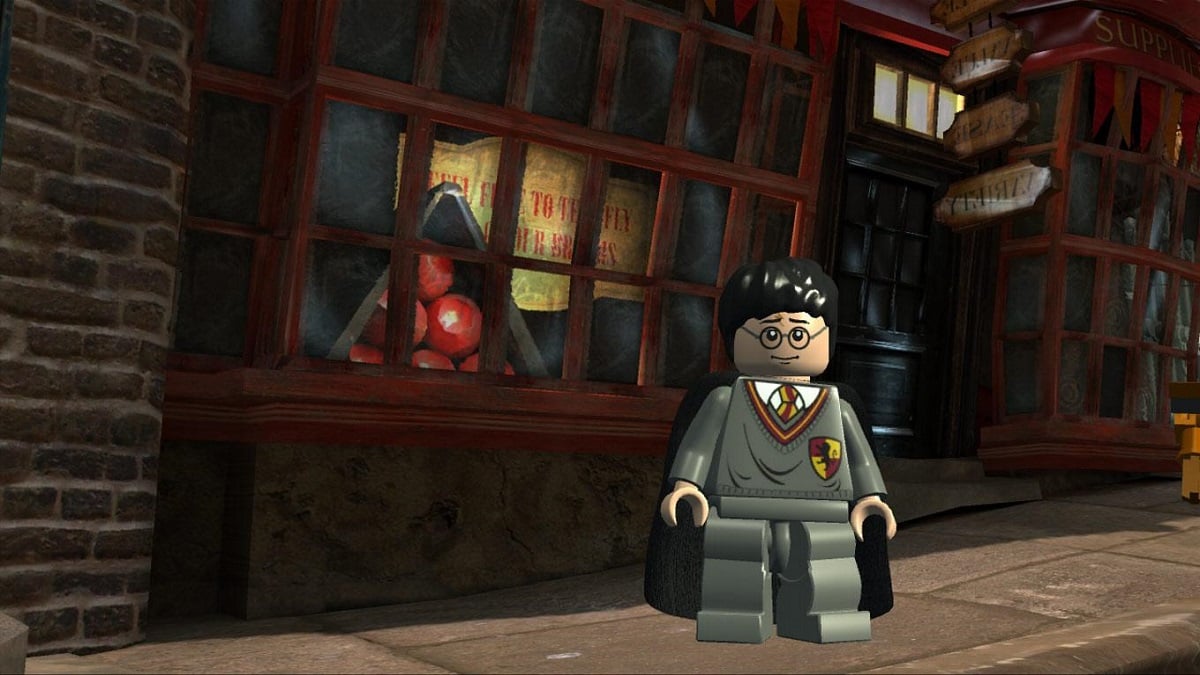 The reputation of the Harry Potter series and the seemingly recent anti-LGBT murmurings by the author has left people with a sour memory of the books, films, and games they’ve known and loved. However, the property still rings true to many fans around the world, and these epic stories have become more important than the author herself. Here are 10 Harry Potter games we can enjoy with or without her, ranked from worst to best.

Unfortunately, the worst on this list is the mediocre at best Harry Potter & The Deathly Hallows Part 1. It had lousy and repetitive third-person combat and head-scratchingly confusing level design. It does replicate the scenes from the film quite nicely, but EA’s overall work on The Deathly Hallows video game adaptation stupified us. It can be played on the PS3, Xbox 360, Nintendo Wii, and PC.

Harry Potter & The Goblet of Fire

What is more generic than a boring third-person shooter? A top-down shooter with barebones mechanics, which you can find in Harry Potter & The Goblet of Fire. It does feature some neat co-op elements like picking up items with Wingardium Leviosa and solving light puzzles with three players. However, a lot of the gameplay comes down to shooting enemies with expelliarmus spells, which gets tiring fast. Even as a 13-year-old kid who loved the Harry Potter games and movies, I was bored of this adaptation within the first hour and forced myself through it. You can play this game on the PS2, Xbox, GameCube, PC, and PSP.

Now we’re getting into the area of good Harry Potter games. The Half-Blood Prince gives us more of an open world for Harry and the gang to explore, so we can roam the castle grounds and the corridors of Hogwarts. We have proper cutscenes loosely telling us the narrative of the movie. Also, for the first time in the series, we were able to make potions from scratch. Magical combat is also fun as you plan your attacks accordingly and use Protego at the right moments.

Harry Potter: Quidditch World Cup is a thrilling sports game inspired by the fictional wizarding pastime. Similar to a recent sports game, Mario Strikers: Battle League, you’re passing the quaffle from place to place in a speedy fashion. Scoring goals after passing the quaffle correctly also feels satisfying. There are even special moves. For example, when you’re playing as the Gryffindor team near the beginning of the game, you can set up a special move where the Weasleys are passing a bludger together and then taking out the goalkeeper with it. After that is done, a chaser zooms on by and scores. These scenes are actually well animated. Harry Potter: Quidditch World Cup is thrilling, and Portkey Games should revisit this idea for a modern title.

After the disappointing Deathly Hallows Part 1 video game, EA got their act together with the sequel. This time, the publisher and developer went all-in with the third-person shooting. It almost feels like an on-rails shooter like Time Crisis. I played this on the PS3 and had a blast using my Move controller as the wand; you can play it with your regular controller as well. It is certainly gimmicky but it was a rush to play through at the time. There’s also more strategy with each spell cast, adding more enjoyment to Harry Potter & The Deathly Hallows Part 2 than its predecessor.

Most people know the PS1 version of Harry Potter & The Philosopher’s Stone from the memed Hagrid model, but this game is much more than that. It may be nostalgia, but for a PS1 game, it is impressive how you can explore Hogwarts and go through the story of the original novel. There are puzzles to solve, and you’ll have to maneuver past tricky levels that put Harry in a precarious situation. It may have aged quite badly, but the soundtrack does help the game a lot as it’s from the composer who went on to work on The Elder Scrolls V: Skyrim. It’s atmospheric, joyful, and feels nostalgic all at the same time.

Harry Potter & The Chamber of Secrets

Harry Potter & The Chamber of Secrets successfully followed the previous game’s formula and expanded on it. The Duelling Club was a thrilling addition, and the mini-games like throwing gnomes into the garden were surprisingly fun. It follows the story very well and kept kids of the 2000s excited. I remember playing this multiple times. I tried to play the PS2 version recently, and unfortunately, it was barely playable with a bad frame rate. The PS1 copy is the way to go. Hopefully, both of these games end up on the PlayStation Plus Premium service, which offers up classic titles for a subscription fee.

Harry Potter & The Prisoner of Azkaban

Harry Potter & The Prisoner of Azkaban on the PS2, Xbox, and Gamecube takes what is great from the PS1 era games and brings them to another echelon. Spells are learned by finishing puzzles, and there are some decent stealth sections that you’ll encounter as well. The game follows the movie’s story but adds its own twists and turns to make it interesting for Harry Potter fans. The graphics also hold up better than other entries on this list as it has a more unique art style.

The Lego Harry Potter games take us through the boy who lived’s storyline in TT Games’ unique slapstick comedy style. The attention to detail is spot on with some lovely references to the source material. The puzzles are well-crafted, and Lego Harry Potter does a great job of enticing you to break everything and reform it into something else. It also has better graphics than most games on this list with remastered PS4 and Xbox One versions. The game’s not as good as Lego Star Wars: The Skywalker Saga, but it’s a great option for kids who love the Harry Potter series. We recommend picking up the collection on PC (via Steam), Xbox One, Nintendo Switch, and PS4.

Harry Potter & The Order of the Phoenix

In addition, the game’s open-world lets you explore the halls of Hogwarts and venture into the Room of Requirement. Your goal in this game is to enlist fellow students into Dumbledore’s Army, so they can learn how to truly defend themselves against the Dark Arts rather than the useless tut Delores Umbridge is offering. You’ll be finishing quests for each student as you roam around the school. It’s an impressively ambitious game for the time, and I have fond memories of playing the Nintendo Wii version specifically. It’s also available on PS2, PS3, Xbox One, PC, and PSP.

Playing these Harry Potter games is a great way to get yourself ready for Hogwarts Legacy later in 2022. It won’t feature the protagonist we all associate with the Wizarding World as the game is set within the 1800s, but you can create your own character. Hogwarts Legacy is expected to release sometime this holiday season.