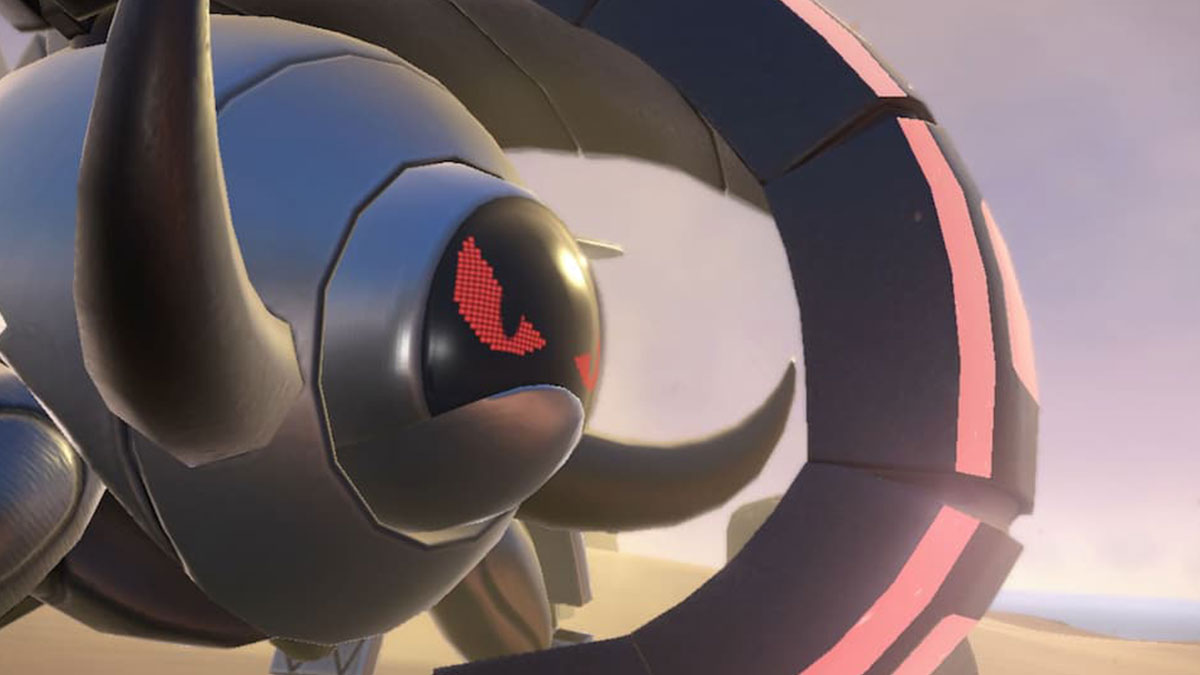 In Pokémon Scarlet and Violet, players can expect a wonderful array of new as well as older Pokémon to make an appearance. They can also enjoy Paradox forms, a whole new set of Pseudo Legendaries, and interesting battles. Making a return and featuring new contenders, the Steel-type Pokémon is always a solid choice for any team. Choosing the best one is always a matter of personal taste and team synergy, but this is our 10 best Steel Pokémon in Pokémon Scarlet and Violet, ranked from the weaker options to the best at number one.

Scizor is an older Pokémon, but that doesn’t mean they’re any less useful. Looking like a crab was gifted wings and the urge to one-up Mike Tyson, Scizor is a great addition to any team. With a deadly 130 Attack base stat, a solid 100 Defense, and a decently fast 65 in Speed they do well. Unfortunately, as a Bug and Steel type, they have a 4x Weakness to Fire, dropping them down the list. Their Ability includes either Swarm or Technician, and their Hidden Ability is Light Metal.

Bronzong is a Pokémon that honestly looks like it’s seen some things, or had a really good time partying. This Psychic and Steel-type Pokémon benefits from Immunity to Poison attacks, as well as featuring some very decent stats. With 116 in Defense, and Sp. Defense, Bronzong can take damage like a champ, but it won’t be going anywhere anytime soon. Its Speed is a pitiful 33 at its base level. With either Levitate or Heatproof as its Ability, it shoots past Scizor, and the Heavy Metal Hidden Ability can either be a win or loss based on what you’re facing.

Revavroom has an interesting concept, even though its Speed doesn’t match up to the fact that it’s a literal engine. Despite this, Revavroom has very decent Attack stats but falls a bit short in other areas like Sp. Attack and Sp. Defense. Its Ability Overcoat is very situational, and the Hidden Ability Filter can be very useful in helping counter that 4x Weakness to Ground.

Copperajah isn’t going to be breaking any speed records, but who needs speed when you’re a literal Steel elephant with 122 base HP? Copperajah will trudge right over you with its 130 Attack and not even flinch. Thanks to its Ability Sheer Force it can do a lot of damage, and its Hidden Ability Heavy Metal is once again a situational hit or miss.

Lucario is the cool kid of the Pokémon world, and basically a lead character at this point. Able to dole out damage in multiple forms, and with a solid 90 in Speed, as well as a whopping 110 in Attack and 115 in Sp. Attack, you’re going to have a bad day fighting this guy. It can have either Steadfast or Inner Focus as its Ability, as well as the Hidden Ability Justified, which are all situational boost Abilities. Lucario does get Aura Sphere though; a move that never misses, which does help quite a bit.

Tinkaton is what happens when you give the short, angry Pokémon a hammer and release them into the wild. They delight in smacking around their foes and harvesting the Steel from their bodies in a ritual of horror that you can’t quite match to their cute pink forms. Tinkaton has a decent 85 HP pool, 94 Speed so it can chase you down and whack you, and 105 Sp. Defense just in case you thought you could win. With its Ability being either Mold Breaker or Own Tempo, Tinkaton is capable of bypassing a lot of natural defenses. It can also gain Pickpocket as a Hidden Ability. Being a dual Fairy and Steel-type, it also has a nifty Immunity to Dragon moves. Tinkaton also has a signature move, Gigaton Hammer.

An older Pokémon but no less powerful, Magnezone looks down at you in disgust as it tasers you into submission. This Electric and Steel-type Pokémon is not to be trifled with, but it does have a hard 4x Weakness to Ground moves. With 115 base Defense and 130 in Sp. Atk it can deal and dish out damage to anyone unlucky enough to get in its way. With its Magent Pull or Sturdy Ability, it can also be quite a nasty force to deal with. Its Hidden Ability Analytic means that you’ll want to keep it slow to maximize damage returns.

Somehow becoming the evolved form of Ghimmighoul, Gholdengo is the oddest evolution of a Pokémon released in a long time. Despite this, it has a pretty nasty Speed stat of 84 and a powerful 133 Sp. Attack means they’ll hit hard if you’re not careful. It also has a unique Ability, Good as Gold which prevents status effects from being applied. Being Steel and Ghost Type, this oddball is immune to Fighting, Normal, and Poison attacks.

This genteel Pokémon sports the world’s most wonderful mustache and a helmet that would make many jealous thanks to its sheer length and shiny gold coloring. Kingambit is one of those Pokémon that you really don’t want to mess with, and its staggering 135 Attack stat is proof of that. It’s also absurdly tanky with 100 base HP, and 120 Defense. It’s not fast though, with only 50 Speed, and as a Dark and Steel-type it suffers from a 4x Fighting Weakness, however, it is immune to Psychic attacks. Kingambit can either have Defiant or Supreme Overlord as its Ability, with Pressure as its Hidden Ability. To top it all off Kingambit has a signature move, Kowtow Cleave which will never miss.

This Paradox Pokémon looks like it quite literally rolled out of the wrong side of the bed. With two glaring eyes, Iron Treads is ready to chase you down with its 106 Speed and smush you into the ground with 112 Attack. Not only that, it’s absurdly tanky with 120 Defense, and a very solid 90 base HP. As a Ground and Steel-type, it gains an Immunity to Electric attacks atop Poison. Iron Treads also has the Quark Drive Ability, activating automatically when holding a Booster Energy.