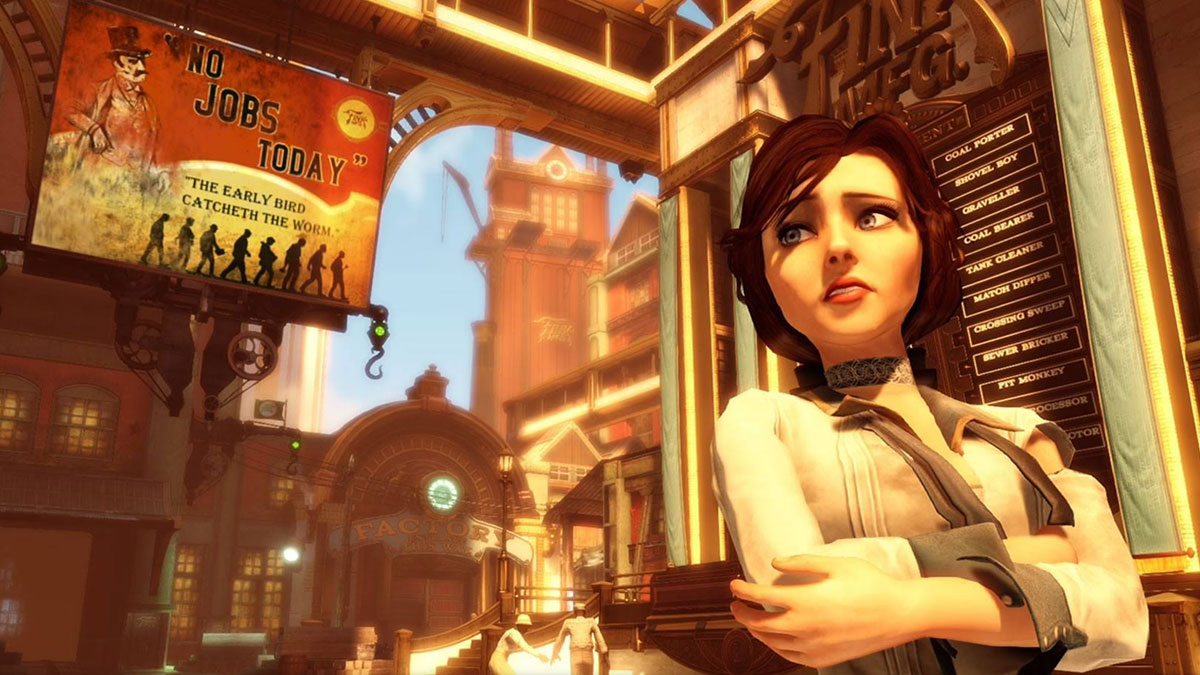 If a story really wants to leave people talking after it completes, one of the best methods is to give the viewer an ending they never saw coming. These twist endings come out of nowhere and are completely unexpected as you progress. Video games are no stranger to implementing twist endings in their absolutely insane campaigns. Here are our favorite video game twist endings of all time from worst to best.

Note: this should go without saying since we are literally talking about the endings of video games here, but spoiler alert ahead.

You’re not the champion yet

Throughout the first Pokémon games, you have been battling countless trainers and improving the skills of your party. After taking on all of the Elite Four and defeating the current champion, Lance, you will likely have expected to be named the newly crowned champion. However, you quickly discover that your journey has been uprooted by the one person who has always seemed to be one step ahead of you, your rival. After taking on five very tough battles, it is time to take on Blue with your tired team to prove that you are the best.

This isn’t the most impactful of twist endings out there, but being a kid playing this on your Game Boy thinking you had triumphed only to have the toughest challenge yet to overcome arrive was disheartening and really made you earn the ending.

Samus is a woman

We all know Samus Aran to be one of the most impactful video game characters ever because she is the first big-time female protagonist. In the 80s, this was not expected in a time almost exclusively led by male characters. Samus paved the way for many unforgettable characters to come into the spotlight. Lara Croft, Ellie, Jill Valentine, and more made their impact long after Samus stepped into the spotlight.

Humans are extinct, your fighting has been pointless

Throughout Nier Automata, you are playing as two androids focused on fighting militarized robots that have almost completely brought about the extinction of humankind. The last humans remaining are supposedly alive on the moon, and the androids’ sole purpose is to fight to preserve that life. However, it turns out that humans have been extinct for a very long time, and the androids have been in a pointless war to give their existence meaning. Without humans, what is the point of synthetic life? To keep this lie going, 9S, who keeps finding out the truth, is repeatedly killed off by 2B.

For anyone who played the first Nier, you probably could have guessed that humans were gone the entire time, but for newcomers, this was a shocking twist that really calls into question why you should go on living without a purpose.

Call of Duty has a couple of really good twists in its mega-series. Black Ops’ Numbers comes to mind, but we think the betrayal of General Shepherd was more impactful. Call of Duty likes to include dramatic moments to get the player invested, but none has ever been as successful as this one.

Like in the first Modern Warfare, you routinely jump between Soap and an Army soldier as you progress through the campaign. When playing as Roach, you are always in close contact with General Shepherd as the Americans and Russians are getting close to starting a new war. Roach and Ghost go to a safe house and retrieve valuable intel on ultranationalist Vladimir Makarov before escaping to “safety” with Shepherd. After a nuclear bomb killed 30,000 American soldiers that Shepherd was leading in the first Modern Warfare, the general wanted nothing more than to be remembered as a hero and legend of war. He was working with Makarov to start a world war, and Roach and Ghost just happened to find the intel that would implicate him.

Wesker is working for Umbrella

Of course, after so many Resident Evil releases in the decades since the first game came out, it is widely known that Albert Wesker is the series’ biggest antagonist. However, when playing the game for the first time, you are certain that this sunglass-wearing leader is someone you can trust. Make it to the end of the game, though, and you find out Wesker is a double agent as he unleashes a Tyrant to kill you and the remaining S.T.A.R.S.

Since this twist, Albert Wesker has received a ton of backstory and has become unforgettable for Resident Evil fans. It might not be much of a twist now, but it was a significant event at the time.

You are the villain

Throughout Braid, you play as Tim. A person who can manipulate time to get through the many obstacles in his way. However, things seem to be off after reaching the end of the game and finally finding the princess you thought you were here to save. After seemingly escaping the monster knight, the princess runs through a course while opening up passages for you to save her. Through this course, though, you notice something isn’t right. The enemies and hazards are moving in reverse without you doing it. Once you reach the end, time reverts to normal, revealing that the princess was running from you to be saved by the knight, and you are the game’s antagonist.

This ending is much more complicated than we even make it out to be, with some community people theorizing a set of metaphors including an atomic bomb and Tim being a bad boyfriend to the princess and their relationship deteriorating. Regardless of what the ending is supposed to mean, going through an adventure to save a princess and finding out you were the villain all along turns every fairy tale you knew about on its head.

You are a Comstock variant, Elizabeth is your daughter

As you will see later in this list, the Bioshock franchise is no stranger to providing the player with massive twists. We don’t think this one is as groundbreaking as “that” one, but we definitely enjoyed this.

Protagonist Booker Dewitt worked hard to free Elizabeth Comstock, a woman with multiversal powers that allowed her to open portals to other universes through her “tears.” After repeatedly coming into contact with the mysterious Robert and Rosalind Lutece, you learn that the main antagonist, Comstock, is actually another version of you. After having the Luteces, who are also variants of each other, build their own tear technology, Comstock traveled through the multiverse to get the daughter he couldn’t have. Booker, who was down on his luck, sold his daughter Anna Dewitt to him, who is actually Elizabeth. After having a change of heart in an altercation that ended with Anna’s pinkie being cut off through a tear, Booker carved the initials AD into his hand to always remind himself of the daughter he gave away. After Comstock sabotaged the tear equipment to “kill” Robert and Rosalind, the two have been gathering countless Bookers throughout the multiverse to save Elizabeth and take down Comstock. Every time you die, you are actually taking the role of a new Booker who got that far in the journey.

Silent Hill is known to be a location that physically manifests a person’s demons. In the case of James Sunderland, he receives a letter from his dead wife saying she is waiting for him at their “special place.” After arriving in Silent Hill, James meets a young girl named Laura, who Mary wanted to adopt. However, it is revealed through a videotape that Mary became terminally ill, and James smothered her with a pillow after becoming frustrated that he had to take care of her. Silent Hill calls out to these frustrations by continually bringing Mary back and transforming her into a monster that James has to kill repeatedly.

This twist ending is one of the most haunting ones we have ever seen. The selfishness James exhibited to kill someone he loved so much because she couldn’t care for herself made a name for Silent Hill that fans are desperate to return to in a new psychological horror title.

Konrad has been dead all along, you committed unforgivable war crimes

As Martin Walker in Spec Ops: The Line, you are on the hunt for John Konrad, the leader of the 33rd who has caused martial law in the city and committed atrocities on its population. In his pursuit of the 33rd, Walker makes his team use white phosphorus, a weaponized chemical that causes the air to catch on fire, burning anyone hit by it down to the bone. Instead of taking out the enemy, though, it is discovered that Walker fired the white phosphorus at a group of civilians. When Walker finally finds Konrad, it is discovered that he has been dead the entire time, and Walker’s fractured psyche turned Konrad into the enemy to rationalize the war crimes he had carried out.

In most military shooter games, you have a good idea of who the enemy is. The person who has been doing all the crimes is the easy person to weed out. After hours of working your way to them, you expect a resolution where you come out victorious. However, in this situation, you are the one who did all the bad stuff. You were the cause of so much death and suffering, and no matter what happens, you come out a loser, even if you survive to the end.

When starting Bioshock, you did not know much about the game’s protagonist, Jack. While on a plane, he mentions that his parents told him he was special and would do great things. Then the plane crashes in the middle of the ocean, and Jack, the sole survivor, ends up in Rapture. His first contact with a seemingly friendly Atlas shows that the third party just wants him to survive and escape the condemned city. However, Atlas’ family is soon “killed,” and Jack is brought face-to-face with the ruler of Rapture, Andrew Ryan, who reveals to you that Atlas is actually Ryan’s longtime rival Frank Fontaine who helped create you with DNA from Andrew Ryan and brainwashed you to follow every instruction that followed the statement “Would you kindly,” a phrase he has been saying non-stop up until that point.

For anyone who got to play Bioshock without knowing these events, this massive twist easily tops out as the best we have ever seen in gaming. You were completely manipulated for hours to help the game’s true antagonist, and you had no idea.