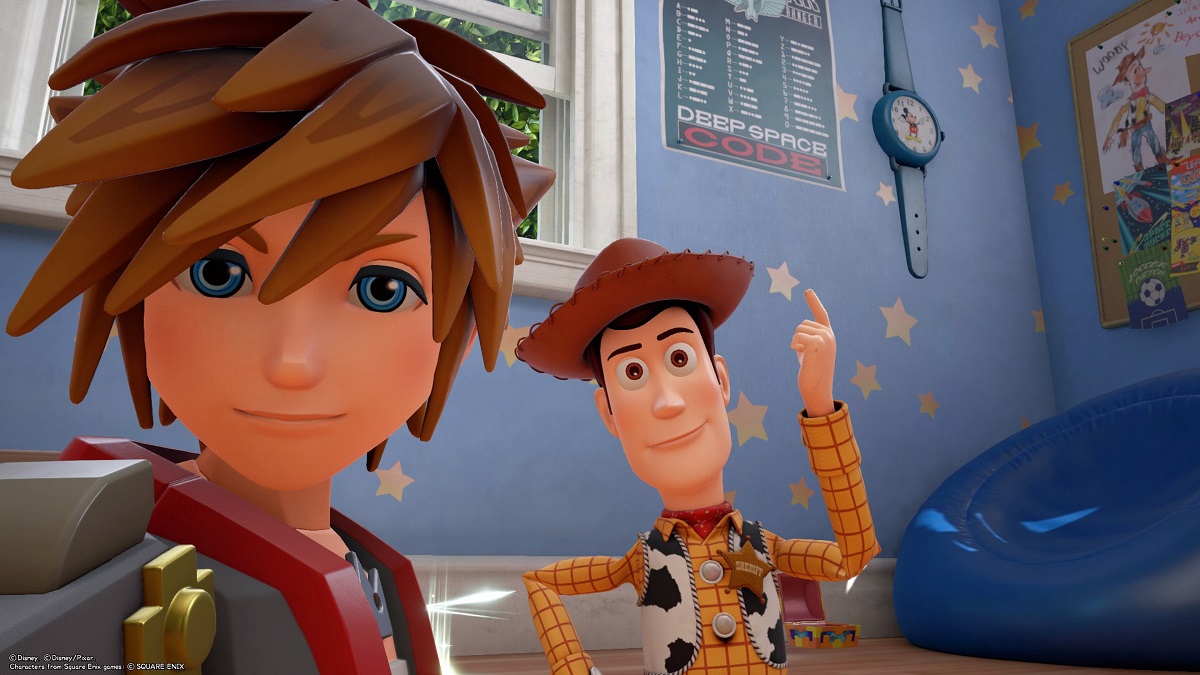 Disney has bestowed the PS4 and PS5 with a wide variety of magical experiences. From the classic 3D platforming of Toy Story 2: Buzz Lightyear to the Rescue to the JRPG action of Kingdom Hearts, here are the 7 best Disney games on PS4 and PS5, ranked from worst to best.

Nostalgia is a powerful thing, and most 3D platformers of the PS1 era fall flat for modern audiences. Thankfully, Toy Story 2: Buzz Lightyear to the Rescue does hold up in most cases. The graphics are, of course, old-fashioned, but Traveler’s Tales (now TT Games) did a great job of replicating well-known locations from the movie. Every level also gives you multiple challenges, making you explore the entire world. The platforming and camera are tough to control too, but it’s just decent enough to keep you playing.

From retro to the modern age of gaming, Disney Speedstorm represents the best and worst of what this era has to offer. In this kart racer, the stages are absolutely stunning as you race through the round hills of classic Disney cartoons and the clouds of Mount Olympus from Hercules. However, as you play through Disney Speedverse, one of the issues is the microtransaction model.

It’s free-to-play, so the characters will need to be purchased and each kart has to be upgraded. The problem in the closed beta is that online racers typically had better stats than you, leaving you in the dust as they speed past. Hopefully, the matchmaking improves before the game fully releases this summer.

Imagine your favorite Disney character, and they’re likely present in Disney Infinity. Despite the servers going down half a decade ago, there is still a lot to enjoy in the game. You can build your own levels, play as all sorts of Disney characters like Sully from Monster’s Inc or Elsa from Frozen, and go on adventures in levels inspired by the movies. For example, you can soar through the Caribbean as Jack Sparrow in the Pirates of the Caribbean-themed levels.

It is a toys-to-life game, similar to the Skylanders series, but if you can find the figures and levels you’d like, you’ll have a grand time.

Back in the SEGA Genesis and Super Nintendo era, Disney games more often than not were a great purchase. Aladdin, especially, had a great platformer that is still fondly remembered to this day. This collection includes Aladdin and the adaptation of The Lion King, which hasn’t aged as gracefully with head-scratchingly difficult gameplay.

On the bright side, this collection comes with multiple versions of both games on the SNES, Genesis, and even the handheld versions like the Game Boy. It also upscales the image to 1080p and the screen can be altered into whatever aspect ratio you like. It also comes with a rewind feature (which will come in handy, trust me), and an Interactive Game Viewer that lets the computer play Aladdin or The Lion King for you until you decide to jump in.

The biggest surprise on this list is Cars 3: Driven To Win. Most tie-in games for movies fail to succeed in today’s age, but somehow Avalanche Software succeeded. This racing title feels smooth as you drift around each corner. The levels are imaginative and have plenty of shortcuts you can utilize against your fellow racers. You can even bump into opponents and perform tricks in the air to gain a boost. It’s a bewilderingly fun time, even though the source material isn’t the most enticing.

After 20 years, the Kingdom Hearts series has provided many wonderful tunes from Yoko Shimomura. This game works similarly to Guitar Hero. Three characters in a team are working together to take out heartless and other foes to the beat. You can hit foes, jump over obstacles, and fly to grab green notes in the air. It’s fast and will keep you on your toes, making this an exciting action-based rhythm game.

While we wouldn’t recommend this as your first Kingdom Hearts game because much of the series’ story is spoiled, the music is absolutely sublime and the developers utilize it perfectly. For fans who have played Kingdom Hearts 3, there are teases toward the end as to the future of the franchise in Kingdom Hearts IV.

Kingdom Hearts: The Story So Far

Last but certainly not least is the Kingdom Hearts series, which has expanded the idea of what a licensed game can be. You play as Sora, a hero that interferes with Disney storylines and tries to save them from monsters called the Heartless. Donald and Goofy also tag along with him as Sora explores the Disney worlds we’ve known and loved throughout the years. Square Enix, over the past 20 years, has done an excellent job of recreating familiar locations into game form.

The Kingdom Hearts franchise has been criticized for its wacky story, but if you play each game in order, you’ll understand the intricacies of the terrific plot. The original worlds, in addition to the Disney magic you’ll experience, will fill your mind with wonder. It also helps that the action-RPG system is top-notch with high-speed attacks and in-depth mechanics. It’s arguably the best combat you’ll experience from a Square Enix game, and some of the boss fights will get your heart pumping.

The Kingdom Hearts: The Story So Far package comes with every game in the series, except Melody of Memory, at a ridiculously cheap price. All of the games run at 60 frames per second at 4K resolution, depending on your TV and console set up.