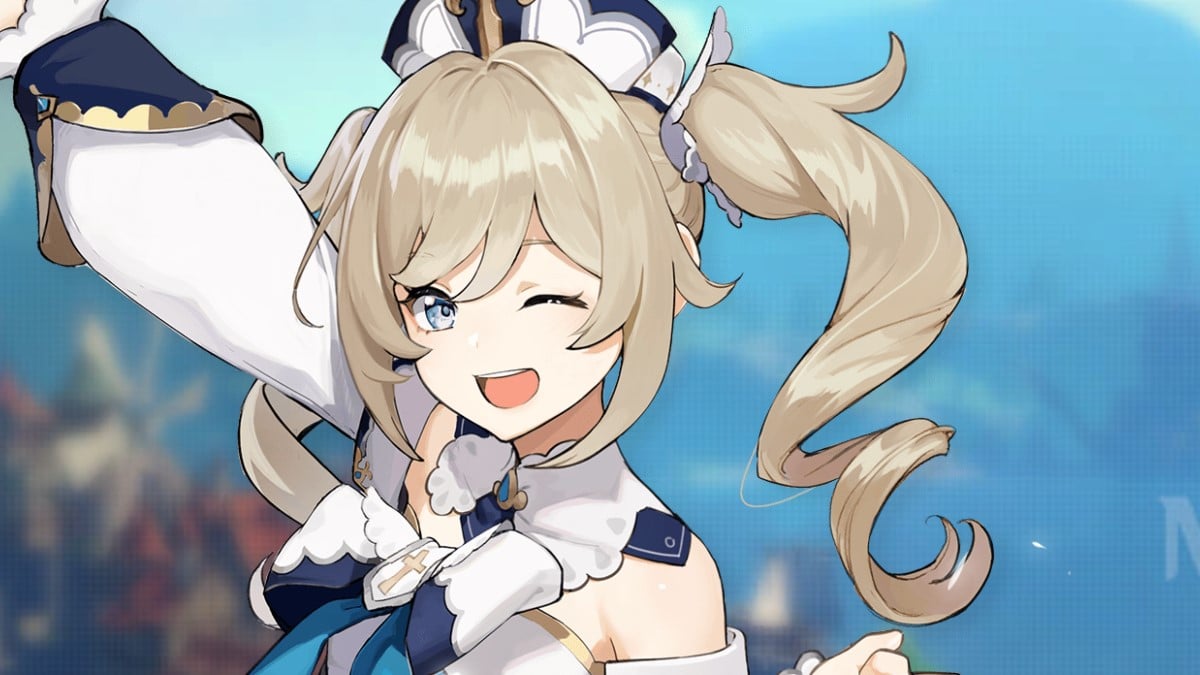 Barbara is an interesting character in Genshin Impact. She can be essential to your team, even though you will rarely use her in a fight. You can even build her in such a way that this works to your advantage. For Barbara, you want to quickly switch to her, cast her Let the Show Begin ability, then switch to whatever character needs healing. In a pinch, you can use Shining Miracle to burst heal the entire party.

Barbara is basically all about increasing the uptime of your stronger characters, allowing them to heal while in the fight. This means you will be aiming for slightly different weapons and artifacts that you might think.

Because the idea with Barbara is to switch to her, cast, and then switch back the best weapon for her is the Thrilling Tale of Dragon Slayers catalyst. You can get this very easily from chests, as it is just a three-star weapon. It works well with Barbara for two reasons. First, her healing scales off her health, and it will have a secondary stat boost for her overall HP. Secondly, it will increase the attack of any character you switch to by 24 to 48%, depending on the weapon level. So, not only will the character you switch to get a pulsing heal, but they will also get improved attack stats.

The Maiden Beloved set will give you improved healing at two pieces, and after that, you should just stack anything that will give her improved HP to have her healing abilities scale even higher.

You can get the Maiden Beloved Set from the Valley of Remembrance near Dawn Winery in Mondstadt. You can also get lucky and find it in chests