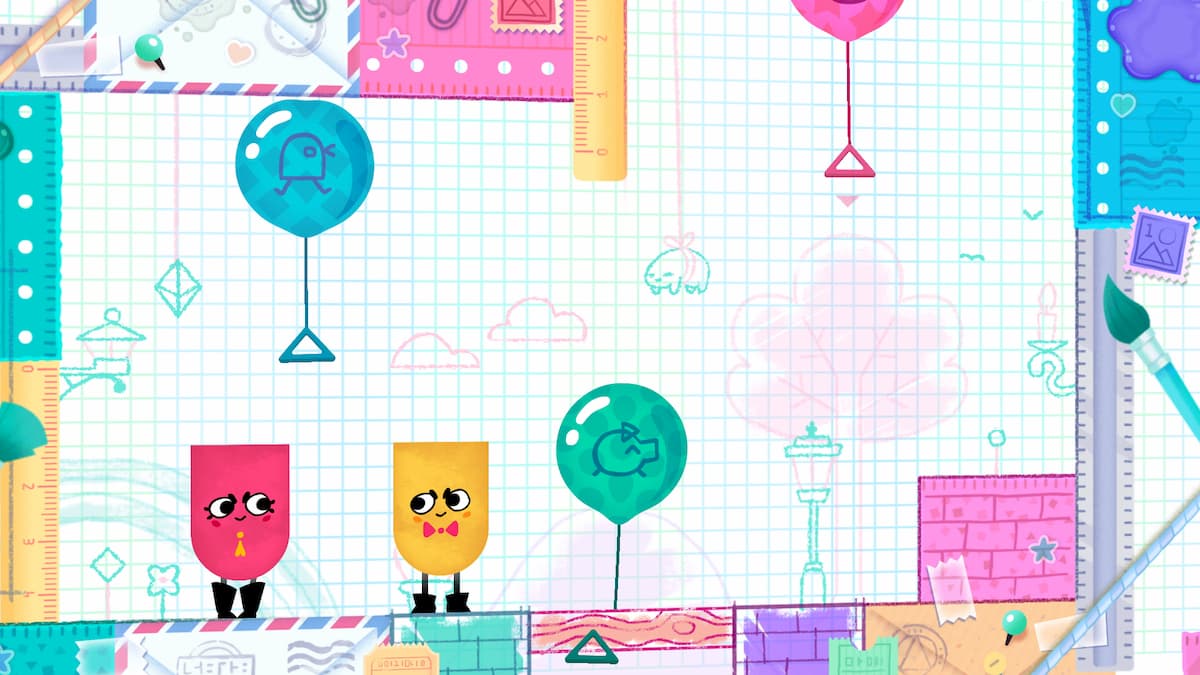 Everyone remembers how they found the initial reveal video for the Nintendo Switch to be just a little silly — were we really expected to carry this device everywhere we went and pass these detachable controllers around to “spread the joy?” We may not all hold bougie rooftop parties like in that trailer, but for the most part, the Switch has proven to be a formidable couch co-op machine, thanks to every switch coming with two Joy-Con controllers. We’ve taken stock of some of the best couch co-op games for Nintendo Switch, most of them coming from Nintendo themselves — here are the ten best of these games, in alphabetical order.

If you play Animal Cross: New Horizons and live in a shared space, chances are that you have another island occupant with you. Party Play allows for two to four villagers on the same island to roam together. You can go about your regular routines: picking weeds, shaking trees, digging fossils, and crafting items. Or perhaps you just want to see your adorable little villagers vibe and interact with each other. Whatever you decide to do, it’s nice to have company on your island.

The isometric puzzles of Captain Toad: Treasure Tracker can be an absolute joy — but what if you could experience them with a friend? With Captain Toad and a friendly Toad or Toadette, you can cover more ground in these snowglobe-like environments. You may need to negotiate who controls the camera, but otherwise, you can come to solutions together and solve these puzzles faster than ever.

There are plenty of ways for players to experience the spooks and scares of Luigi’s Mansion together, if you’re all okay with playing as some form of Luigi. The main campaign has Luigi progressing through this haunted hotel with the help of his goo clone Gooigi, who can help in battles and walk through vents and grills — grab a second controller to have a partner control this gooey friend. The ScareScraper mode also allows for two to eight players to team up and clear floors of the hotel together; for those with a competitive spirit, there are also team games you can play.

Four players can choose from a wide array of Marvel superheroes in the third entry of the Ultimate Alliance co-op series. Whether you’re an Avenger, a Defender, or a Guardian of the Galaxy, you can summon your special moves in conjunction with your teammates and unleash some devastating combination attacks with pure synergy. Some characters can heal over time (i.e. Wolverine), some can fly, and a couple can travel with webs (the Spider-Men, obviously), so be sure to select an even spread for your roster.

Sometimes, video game players are deliberately seeking chaos. If that’s the case, then either of the Overcooked games should work just fine. Up to four players can work together in a kitchen, completing time-sensitive tasks based on recipes and orders from hungry customers. Many of these stages have quirks, like rotating parts of the room, conveyor belts, or even something wacky like teleporters. Just coordinate well, give each other orders, and keep an eye on the stoves — you don’t want to accidentally start any fires.

The grandiose of a Pokémon adventure is usually experienced solo, but Pokémon: Let’s Go, Pikachu! and Let’s Go, Eevee! was unique in allowing a partner trainer to accompany you. Not only can you run around the world together, but using a second Joy-Con, your second player can help you catch Pokémon and battle trainers in 2-versus-1 fights. Sure, it seems a bit lop-sided, but if it’s worth taking advantage of.

Snipperclips: Cut it Out Together!

Nintendo picked up Snipperclips from small indie dev studio SFB Games, and it turned out to be one of the highlights of the Nintendo Switch’s launch. Play as Snip and Clip, and solve a variety of puzzles by cutting out pieces of each other to form different shapes. These puzzles have a freeform way of solving, not giving players too many hints to go off on but rather allowing them to explore how the levels work to reach their own conclusions on how to find a solution.

For the most part, Super Mario Odyssey is still a solo venture, but a second person can join in on the fun. Mario travels the world with the help of his buddy, a sentient cap named Cappy — with a second Joy-Con, a partner can take control of Cappy and independently fly around. Zoom across levels to defeat or possess enemies, or provide your services as a bounce pad for Mario to perform tricks off of. It takes a lot of nuance and precision, but having two heads can be better than one when it comes to platforming.

It may have taken over a year to get to this point, but the hilarious Untitled Goose Game now allows for two geese to participate in shenanigans. One goose was already enough for this small town — now think of how much can be done with two. Mess around with the gardener, scare that poor little boy into a puddle, coordinate chaos to break an expensive vase, and so on. If the geese weren’t already distinct enough for you, then you’ll be happy to know that they each have their own separate honking noise.

Managing a gigantic warehouse full of goods and products by your lonesome was already an arduous task, but think of how much easier things will be with a second worker. In Wilmot’s Warehouse for Switch, up to two players can participate through a split screen mode. After receiving stock, you’ll organize the warehouse in any way you deem fit, but make sure that your logic makes sense — you’ll have to fulfill very specific orders to the warehouse with a limited amount of time. Make sure that the two of you are in sync, and that your different philosophies on sorting and organization don’t butt heads too much.