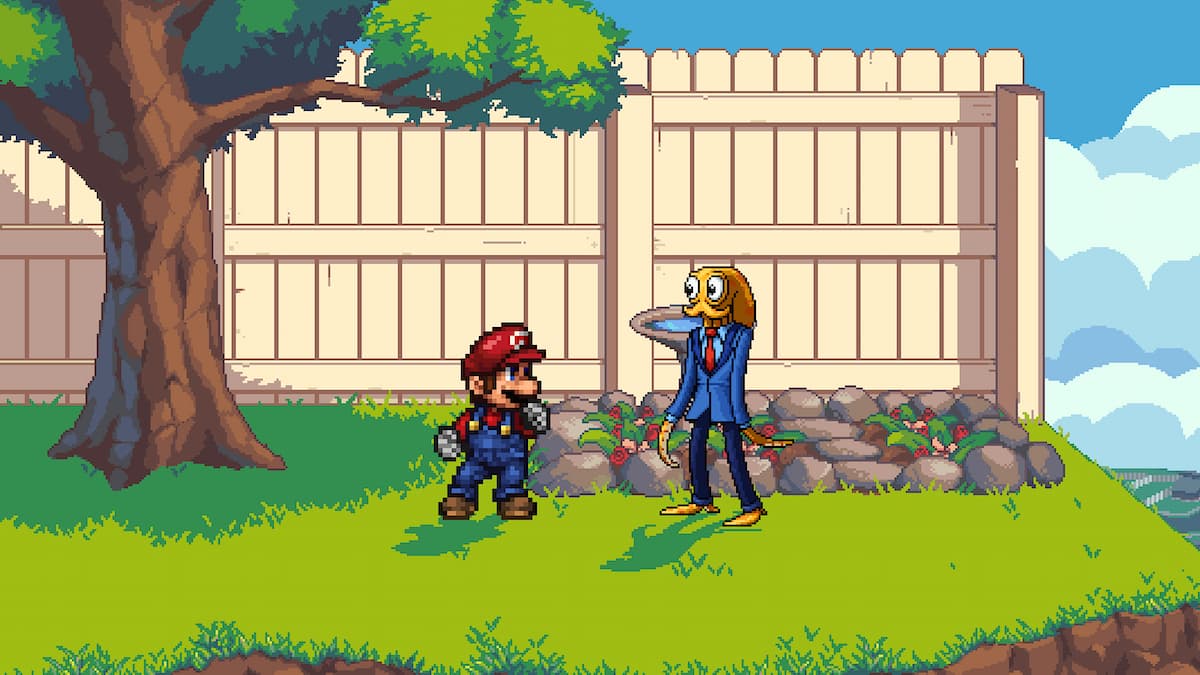 Fraymakers is an indie fighting game with gameplay similar to Super Smash Bros., but its roster leaves something to be desired. The game is still in Early Access, which means it only has four characters on its roster: Octodad, CommanderVideo from Bit.Trip, Welltaro from Downwell, and Orcane from Rivals of Aether. The roster will be expanded in future updates, but fans don’t have to wait for new fighters, as Fraymakers comes with a character creation mode, which the community has used to produce some fantastic combatants.

Related: All assist characters in Fraymakers

Mario was added to Fraymakers by a user named Bowler, but he was adapted from another game made by the same developer. The team behind Fraymakers is responsible for Super Smash Flash 2, a 2D Super Smash Bros. fan game available online. Bowler brought the version of Mario from Super Smash Flash 2 into Fraymakers, with a few balance changes to make him fit better with the new gameplay style. Those who have played Super Smash Bros. will recognize Mario’s moves as he still has his trademark Fireball, Reflecting Cape, and coin-generating Super Jump Punch.

Gengar was added to Fraymakers by SaltLevelsMax, but like Mario, this character wasn’t made from scratch, as this version of Gengar was adapted from Pokémon: Type-wild, a fanmade fighting game with high-quality visuals. In Fraymakers, Gengar uses many of its trademark moves from the Pokémon franchise, including Shadow Ball. It is a fast and floaty character who can quickly navigate the battlefield and use his spectral form to teleport through the stage, giving it one of the safest recovery moves in the game.

Zero was added to Fraymakers by The8BitLeafeon, with sprites taken from the Mega Man X series. The Fraymakers version of Zero is a fast-paced sword wielder who can quickly cover great distances, damage nearby enemies by generating an energy aura and use his Z-Buster to blast enemies from across the stage. This mixture of traits might make Zero sound like the total package, but that speed comes at a cost, and those who want to play as Zero should be aware of his spike attack, which drops him at an alarming pace and can easily lead to accidental deaths.

Foxy the Pirate from Five Nights at Freddy’s

Foxy the Pirate was added to Fraymakers by HiMyNameIsExo and Kactus Guy, though his sprites and gameplay have been adapted from his appearance in MUGEN. It might seem like an odd idea to put a Five Nights at Freddy’s character into a fighting game, as the animatronic monsters aren’t exactly known for their extensive combat abilities, so the creators of the 2D version looked to other sources for Foxy. The Fraymakers version of Foxy uses moves from different fighting game characters, including Fox’s Reflector in Super Smash Bros. and a Shoryuken from Street Fighter.

Those who want to play as Foxy should be careful of his movement, as he covers a lot of ground in a short period when dashing, and his moves don’t always lock him to the edge of the stage, leading to him falling off after performing an attack. Luckily, Foxy’s recovery move covers a lot of ground, offering him a safe way to return to the stage.

Mr. Game & Watch was added to Fraymakers by 1.Ghastly.Fox. While he might look like he was adapted from Super Smash Flash 2, he was created by hand, making him one of the first custom characters made for Fraymakers that wasn’t directly adapted from another source. Mr. Game & Watch uses a moveset inspired by his appearance in the Super Smash Bros. series, with a few alterations to his attacks made specifically for Fraymakers.

A few characters are better suited for the character creation mode than Mr. Game & Watch, as his design is simple, and his moves purposely lack animations to keep with his LCD screen style. This basic aesthetic allows him to fit right in with the other playable fighters in Fraymakers.