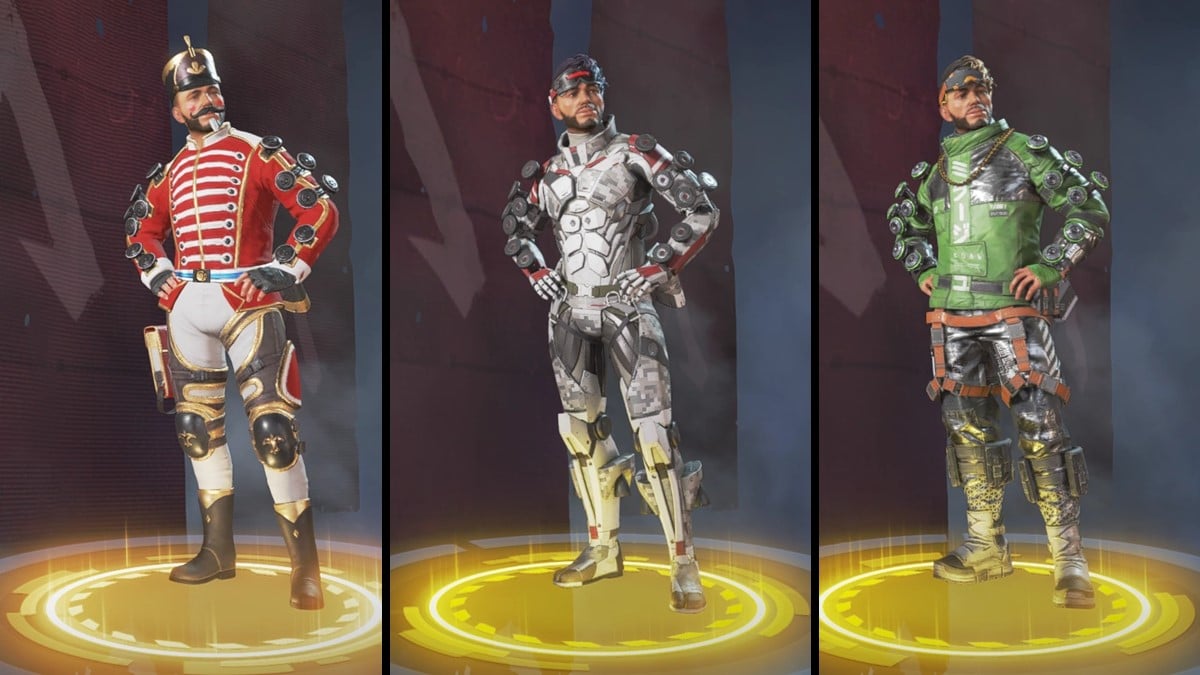 Elliot “Mirage” Witt is all about his looks in the ring. Looking good for his audience and in the fight is important to him. So naturally, Mirage has some of the flashiest, most fun skins in Apex Legends. From a living, breathing nutcracker or a swashbuckling pirate, Mirage always makes an entrance, scene, and exit. Looking through every skin that Mirage has had, we’ve narrowed it down to the top 10. Let’s take a look at Mirage’s best skins.

While the outfit isn’t much to look at, Mirage’s daring cat eye makeup earned this skin a spot on the list.

This skin is pretty basic as far as Legendary skins go, but it’s clean and looks good on him.

Mirage as a pirate is just a great idea. This skin was recolored later, but the original is much better.

This recolor from the second anniversary event stands on its own, and the blond hair is daring.

Futuristic cowboy is just a fantastic concept, no matter how you slice it.

This is Mirage’s best event skin. The Nutcracker concept was adorable and well-delivered.

This skin lives rent-free in our heads, most likely partially due to this awesome merch mockup.

It was a toss-up which order to put 3 and 4 in, but due to this skin being so rare, it won the duel.

This recolor is a wonderful skin — the bright armor makes a major statement.

While only a basic Legendary, Ghost Machine is Mirage’s best skin by far. The cool armor, the blue hair, how good his body looks in it — no recolor or alts of this skin have overtaken the glory of the original. This skin is the epitome of who Mirage is: Great hair, great ass, great games. He knows he looks good, and he wants everyone in the ring to know too.