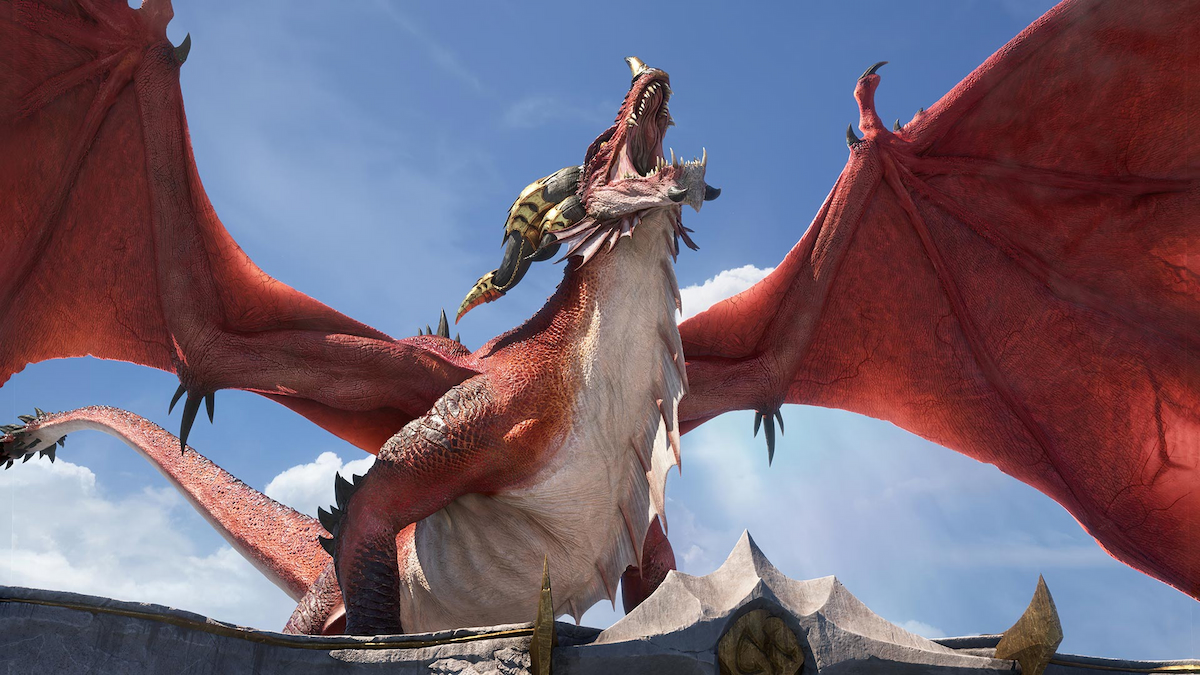 The Dragon Isles have emerged from the mists with World of Warcraft Dragonflight, and with it comes a heap of new enemies to kill, as is tradition. With meta shifts brought about by various buffs and debuffs to keep classes in check lore-wise, and moderately in-check for balancing, the burning question is which classes are the safe picks for ensuring consistently high damage through Dragonflight. All things considered, from set pieces to Mythic+ and raiding, here are the five best DPS classes in Dragonflight.

Related: The best way to grind Tailoring levels in World of Warcraft: Dragonflight

It should be noted that we can’t only look at DPS output — as Mythic+ gets higher, survivability must be factored in, as well as utility offered to the party. Seasonal affixes for Mythic+ can also determine the overall ranking of a class, which some players may not even encounter depending on what they’re looking for with gameplay. Further, more weight is offered to classes with multiple relevant specs, such as the Warrior, as both Fury and Prot are highly relevant for Dragonflight. Finally, party composition matters — a full party of Assassination Rogues, while unique, is likely going to struggle to push beyond mob pulls. With this in mind, a solid balance between these classes is ideal for pushing dungeons, Mythic+, and raiding.

The Rogue offers catastrophic single-target DPS which is matched by no other class in the entirety of World of Warcraft. The rotations will require a bit of thought, with mechanics such as poisoning and combo points coming into play, but a well-played Rogue can excel in both Mythic+ and raiding. The Rogue even excels at Dragonflight PvP, able to sneak into the backlines of enemy pushes and cause havoc among rear healers and casters. The bad news is that Rogues rely heavily on their rotations, and a botched rotation will cause combo points to drop which ultimately results in failed DPS checks.

A well-studied Rogue is a fierce force to be reckoned with in most content, but are notably the only hero within the top-five that cannot alternate into a tank spec. Instead, they alternate between Assassination and Outlaw specs, depending on what the party needs. This lack of versatility can be damaging, only when compared to the other classes on this list. When viewed singularly, however, this is the class to pick if you want absurd numbers on the DPS meter along with an ‘easy to play, hard to master’ class.

The Druid is noticeably one of the strongest tanks in World of Warcraft: Dragonflight, and it makes a similarly strong appearance here with its Feral spec. The new 4-piece Feral Class Set offers an increase to Rip, Thrash, and Rake along with an increase per combo point spent on finisher moves. Feral Druid increased its damage output well from Shadowlands to Dragonflight, with fantastic AoE DPS output that pairs very well with Rogues.

The downside of the Feral Druid is that they need time in a fight to start maximizing their damage output. The application of bleed effects throughout a mob, with Primal Wrath and Rip, gives them a snowball approach per fight that only comes to fruition if things aren’t dying quickly. This results in Feral players occasionally feeling frustrated with their output numbers until an opportunity arises which allows them to shine. Regardless of which fights are forthcoming, no party will complain about the massive amount of utility that Druids can bring, making the entire instance far easier.

If you can time cooldowns and your rotations flawlessly, you’ll be well-rewarded with the Unholy Death Knight. The Unholy DK excels against massive pulls, so tanks that see an Unholy in their ranks shouldn’t be overly concerned about wall-to-wall pulls as long as they’re specced for it. Unholy Death Knights can spec into AoE damage, DoT, or even single-target DPS, but the standard is AoE with a touch of DoT with spreading infections across the enemy ranks. The time-honored combo of Festering Wounds followed by Bursting Sores is a simple and fierce AoE combo that can burn down massive mobs in a flash.

For utility, DK’s have the Anti-Magic Zone ability which decreases arcane damage by 20% for everyone standing in the bubble. They also have two strong disables in the form of Asphyxiate and Blinding Sleet, both of which offer a five-second stun on enemies, allowing DK’s to help tanks control mobs in instances. The DK passive Insidious Chill will help parties live longer in boss fights, slowing enemies by 5% per stack, up to 20% slow.

The Windwalker Monk has been on the radar of M+ players since its launch in the Mists of Pandaria expansion, and it’s unlikely we’ll see too drastic of a shake-up in the future. Offering extremely high DPS for both single-target and target-rich environments, and a unique party-wide utility through Mystic Touch which increases all outgoing physical damage, the Windwalker Monk is ideal for most, if not all, content that Blizzard will throw at players. This consistent tendency for the Windwalker Monk to push sustained DPS, along with it holding a unique tank spec, make this a class worth rolling and maintaining.

The Windwalker also holds the ability to cleanse poison and diseases from the party, remove roots and snares, and still help the tank with crowd control. The downside is that the Windwalker Monk, when utilized properly, needs to stay hyper-focused throughout M+ and raid instances to juggle a multitude of jobs. When done properly, a single Windwalker Monk can be the difference between clearing the next M+ level, and failing. Enjoy the burst damage with this legendary DPS class, but don’t lose sight of literally everything else on the battlefield.

Gleaning an obscene amount of self-sustain that is proudly on display for the Vengeance Demon Hunter, the Havoc spec allows players to fully focus on maximizing their damage output with reckless abandon while tanks struggle to match the threat pull. The Havoc Demon Hunter is predicted to remain as the meta Mythic+ class for many statics, and it offers utility that buries the Windwalker Monk. Add onto this that the Demon Hunter has unparalleled mobility, and the Demon Hunter is simply one of the strongest classes in the game for both specs.

If you’re dropping HP, use Metamorphosis and Soul Leech to regain health without causing the healer to drop mana. Netherwalk offers full damage immunity for six seconds, and a 50% dodge chance with Blur in the event that health-spells are all on cooldown. Demon Hunters can be a bit difficult to get a handle on, between their damaging and movement abilities, but offer unparalleled utility and DPS for anyone capable of mastering their diverse move set.