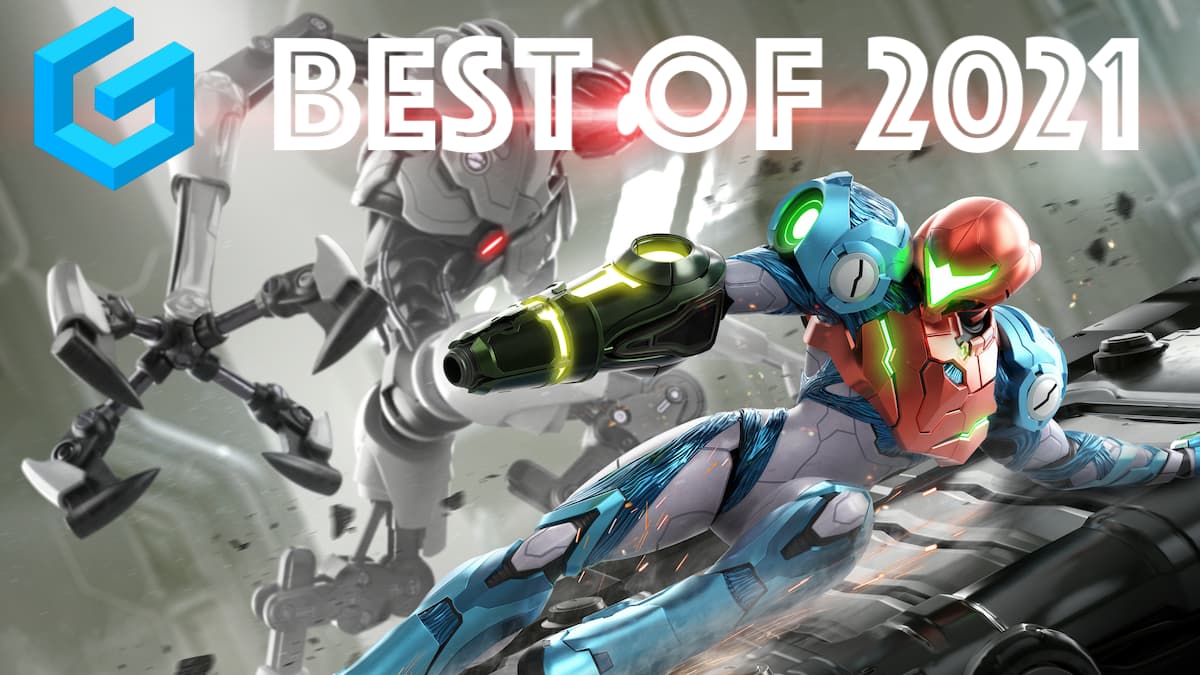 While Nintendo didn’t have another blockbuster to the scale of Animal Crossing: New Horizons in 2021, it was another successful year for the Switch. A new Switch OLED model, some re-releases of past popular games, and promises for an exciting 2022 kept things moving in the right direction for the company. Nintendo’s first-party games fill their best-of lists almost every year, and 2021 was no different.

At this point, Pokémon is set to take on any kind of game style and will print money for the Pokémon Company. For this venture, Pokémon stepped into the MOBA realm. It is a 5v5 free-to-play title that features many of your favorite monsters. You fight, level up, and evolve your chosen Pokémon while collecting spirit orbs to dunk in the opponent’s hoops to score.

For as negative a reception Pokémon Unite got during its reveal, the game turned out to be really fun and a great introduction to MOBAs for new players. Of course, there are questions of the game’s monetization, which knocks this down a bit, but if you go into this game looking for something to play for short stints of time, it is an easy, fun choice that performs well even on the Switch’s online network.

One of the biggest surprises for us this year was Knockout City, a dodgeball arena game made by the developers of Mario Kart Live: Home Circuit. This multiplayer game offers various rotating game modes, special balls, and fun maps with interesting quirks. The movement feels great, and the simple gameplay is easy to pick up and enjoy.

Knockout City is a ton of fun, either with friends or on your own. Dodgeball games are almost non-existent in the gaming industry, so this was another example of how EA’s indie program can put out more different and interesting titles than their bigger teams usually do. It is free to start, and the cost of owning the game is very fair, considering the package you are getting. This is one of the best multiplayer games to release in 2021 on all platforms. Even with all the third-party games running into issues on Switch, Knockout City performs well.

It’s no secret that the overall quality of the Mario Party games has been dropping since the GameCube days, so returning to the days of the series beginnings on the Nintendo 64 was very welcomed. Mario Party Superstars features five boards from the first three games, 100 mini-games from the ten mainline console titles, and online play at launch for the first time ever in the series. Sure, it’s still Nintendo and not the best online experience, but finally getting the chance to play with others that aren’t in your room was way overdue.

The boards here are all fun blasts from the past, and the game can be played with any Switch controller, unlike in Super Mario Party. It is accessible for all ages, and anyone can enjoy the pure unfairness of the game. Regardless of whether you played Mario Party during the N64 and GameCube days, we highly recommend giving the game a try. It’s the perfect game for when you have some friends or family over.

This year, there were no Nintendo games that came anywhere close to hitting the excitement that Metroid Dread did. It was the first original 2D Metroid since 2002, and it revived and released a long-rumored game in the series. Metroid fans have been waiting a long time for this. Also, it’s the only fully original Nintendo game on this list this year, which gives it some bonus points.

As for the game itself, Metroid Dread stays true to what fans love about the series. Playing as Samus feels as good as ever, and the introduction of the EMMIs that chase you down in sections of the game add to the dread this game will have you feeling. We’re not sure how many newcomers will fall in love with it, but Metroid fans should love just about everything here.

One of the best utilities of the Nintendo Switch is that it can give forgotten games on the Wii U a second chance at life. Super Mario 3D World is one of the last and most deserving of that group. With its re-release on Switch, the game is now playable online, the characters move faster, and it gives so many people that missed it the first time a chance to play this great game away from the dreaded Wii U tablet.

While many will buy this for the 3D World experience, a secondary game has been added to the package. Bowser’s Fury is a completely separate game that plays like a traditional 3D Mario game, i.e. Odyssey, Sunshine, and 64. The islands you can jump around are fun to explore, and some interesting mechanics like an inventory system were introduced to Mario here. Getting into fights with a Kaiju-sized Bowser is about as epic a feeling as the Mario series gets, and the collect-a-thon feels as great as ever. All put together, Super Mario 3D World + Bowser’s Fury is about as good of a game package as you can grab this year.