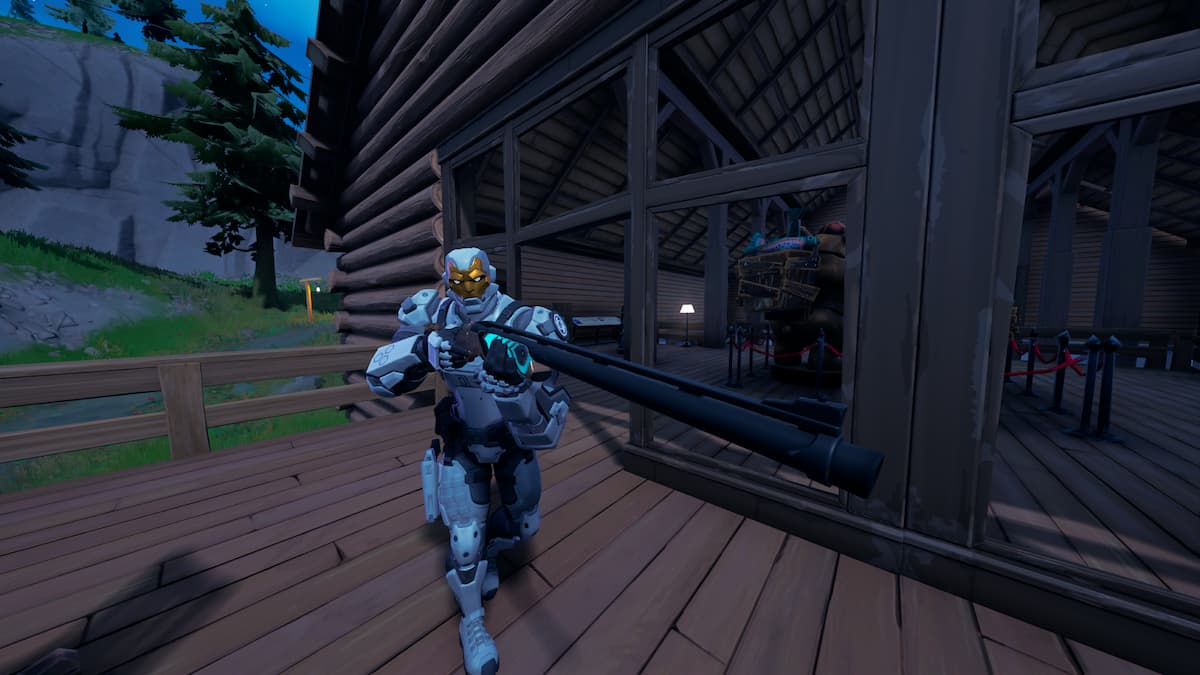 Shotguns are a weapon option in Fortnite that can deal out incredible damage at short range, benefiting from situations in which players are forced close together. Fortunately, the shrinking of the eye of the storm toward the end of a battle royale match gives shotguns a very important use, with most round wins decided by your shotgun aim. Some shotguns perform better in these high-stakes situations than others, and this list looks to rank the five best, starting with the boom-sticks most suited for the purpose.

The Dub, an Exotic variant of the Double Barrel Shotgun, makes use of some unique mechanics that can make it as much of a situational utility as it is a weapon. While statistically identical to the Legendary variant of the Double Barrel Shotgun, The Dub has a knockback effect that applies to both the user and the target when fired. While this may not sound like much on paper, the applications of this knockback in close-range and late-game situations can be the deciding factor as to who wins and who loses.

As the eye of the storm closes, The Dub’s knockback can force a player back into the storm, causing additional damage on top of its incredibly high close-range damage output. The Dub can also cause fall damage if its blast is used to knock targets off of tall buildings and structures. If firing the Dub, you can cancel the knockback applied to yourself by crouching, keeping yourself safe as your opponents fall to their doom.

This isn’t to say that the self-applied knockback isn’t a benefit of the weapon. Firing behind yourself with The Dub can propel yourself forward, and firing down can launch yourself upward with a super jump. You can use these mechanics to take a fight to another player before they get the chance to start building around themselves.

The Pump Shotgun is considered by many to be the “old reliable” go-to weapon choice when it comes to winning the later stages of Fortnite Battle Royale. An accurate close-range blast from the Pump can average between 90 and 130 damage per shot, with damage capping out at 185 from a point-blank shot from the Legendary variant. This can quickly clean up even the most heavily armored opponents in just two or three shots.

Semi-automatic in its firing style while moderately resembling the Pump Shotgun in its damage output, the Two-Shot Shotgun fires off two of its loaded shells with a single click. At close range, and in a perfect world where all pellets of both shots connect without the target juking out of the way, a double blast from the Two-Shot will dish out over 140 damage.

This damage is more theoretical than realistic, as attaining 100% accuracy with both shots against a skilled player is far easier said than done. Also keep in mind that the Two-Shot’s faster rate of fire increases the amount of time that you will spend reloading during a fight. These minimal downsides rank it just slightly below the all-purpose consistency of the Pump Shotgun.

The Prime Shotgun is a pump-action shotgun that does 50% more damage on the first shot of a magazine alone. Where a regular shot from the Prime would do between 75 and 95 damage at close range on average, an accurate first shot can deal upwards of 110 damage.

Related: Where to find the Prime Shotgun in Fortnite Chapter 3 Season 3

While gimmicky in its special effect, the Prime Shotgun can be effective at starting fights where first-shot accuracy is involved. A massive, point-blank 140-damage headshot to start a fight might fluster and intimidate your opponent into playing cautiously, giving you free reign to play as aggressively as possible. In addition, an accurate first shot from the Prime Shotgun can combo into another weapon, which could potentially be another first shot from another Prime.

This new rework of an older semi-automatic shotgun fires a single, long-range accurate slug instead of the expected buckshot scatter. Capable of consistently dealing over 100 damage per shot at medium range, the Heavy Shotgun’s effectiveness increases due to its headshot damage multiplier of 1.75. This makes the Heavy Shotgun one of the few weapons in its class to reward accuracy with quicker eliminations.

You may be wondering why this shotgun ranks so low among its contemporaries. This is due mostly to its use case, as shotguns are mostly relied upon to sweep through close-range engagements with ease — an area in which the Heavy Shotgun’s need for accuracy struggles. While its base damage may be impressive for a shotgun at range, other weapon types, like sniper rifles, are far more effective at dealing long-range damage.