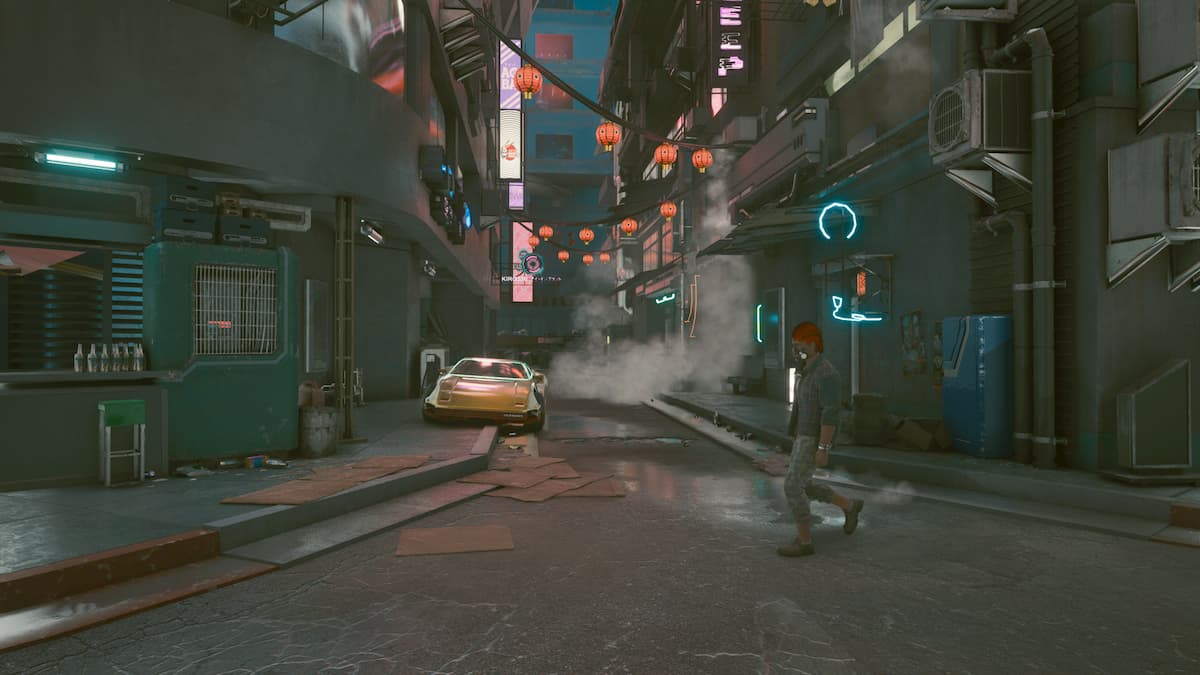 Sometimes a person’s inner demons get the best of them, and in Cyberpunk 2077, there are plenty of drugs waiting to tempt citizens of Night City. A father lost their son to drugs in the Heisenberg Principle gig, and they want you to destroy the location that is producing the narcotic. You’ll need to blow it sky-high, but getting into the building to do this takes a little bit of stealth if you want to remain quiet.

The holding where the Glitter Lab is located is on Rovinj Street, right in the center of Little China in Watson. There will be a guard or two in the outside entrance.

Where to find the Glitter Lab

When you arrive at the building entrance, the garage is open, and a guard stands outside. A few others are wandering around the garage, so you need to pull the guard away from their post. You can do that by distracting them with the vending machine to their right. Once they’re over there, take them out, and dump the body in the trash next to the machine. Now that the entrance guard is gone, you try to enter the garage without being noticed. There should only be one guard in here, but there is a camera. Take out the camera, take out the guard, hide the body, and then proceed to the basement.

Downstairs, there will be a single enemy that you’ve likely seen before in the upper area. While down here, they will have your back turned to you. Take them out, and then dump their body nearby. You can now proceed to the rest of the basement. However, in this room, there is a door that you can open only if you have nine points in technical ability on the left side. We did not have that, so we proceeded to the right. There are two guards in here arguing about the name of glitter. Wait for their conversation to end, and take them both out before proceeding to the next room.

There are several cameras in these locations, so make sure you’re deactivating them. We put them to sleep well before entering the basement, but they react if you take too long.

In the next room is a lone guard with a camera. Take out the camera, and then the guard, and you’re good to proceed further into the Glitter Lab.

The next room has multiple guards and two cameras inside of it. You’ll need to quickly take out the cameras to have the best chance of completing this section undetected. Once the cameras are down, wait for the guards to remain stationary at their locations. They don’t appear to move too much. Knock out the one closest to you, then the one on the left side of the room, and the final person in the back. None of them appear to have too much movement, except for the one closest to you.

How to destroy the Glitter Lab

Now you need to destroy the equipment in the lab that is making the Glitter. There should be a computer on the table, close to the guard you took out in the middle of the room, that you can access and upload a malware virus. After the virus uploads, you can safely leave the area to complete the gig.