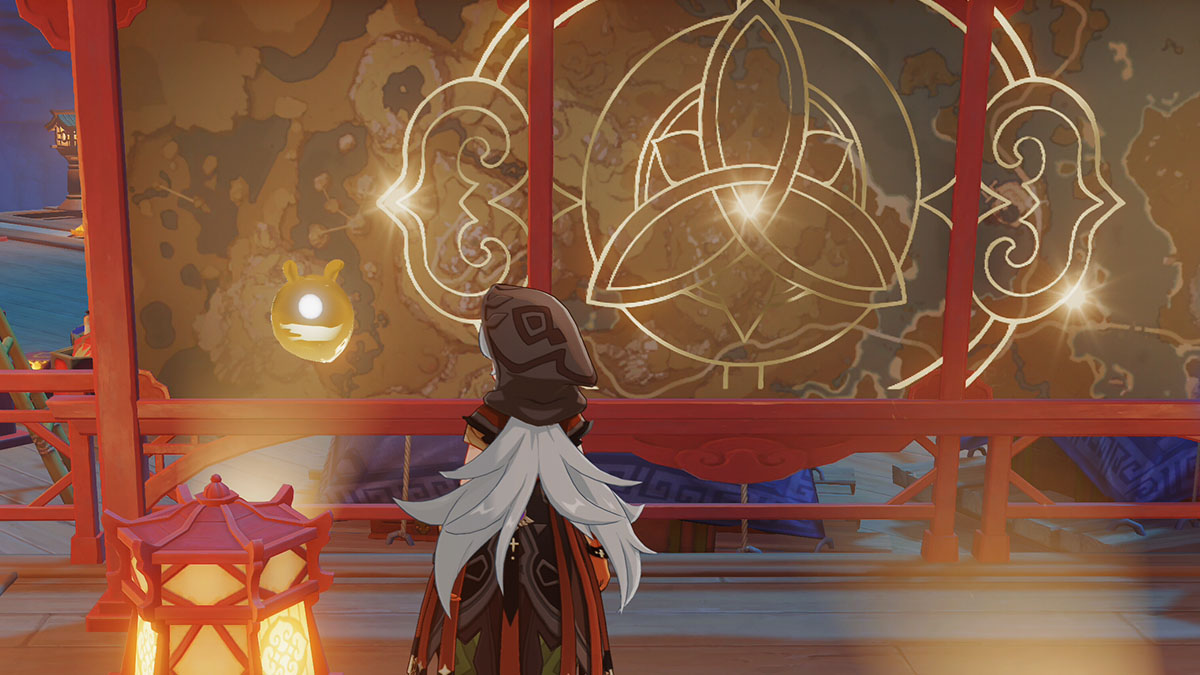 Players who visit Brother Qian as part of the second batch of Lantern Rite Tales in Genshin Impact will need to solve the Illumiscreen 2, a second puzzle using the lightboxes. This time, you will need to make the outline of Mora on the screen behind the lanterns.

This one is different to the first puzzle because the lanterns move differently.

To solve the puzzle, interact with the central lantern first so that it matches the image at the top of this article. Then interact with the right lantern, and finally the left lantern. When all the images are correct and match the picture shown above, the puzzle is complete and you can speak with Brother Qian again.

Three area’s will be marked on the map, and you can investigate them all to find treasure.

For the treasure near Huanguang Stone Forest, you need to glide across to the pillar of stone and interact with the challenge marker at the top. Before you do this, make sure you have bow user in your party. A challenge will begin by spawning an air tunnel, so glide up and land on the empty platform above you. There will be a spiral of platforms running down, each with a barrel on it. You need to destroy all the barrels within the time limit. Shooting a single barrel should be enough, as it will set off a chain reaction.

The second treasure is buried under the earth. Go to the second location marked on the map and you will find a group of Hilichurls. One of them is digging, and if you dig at that location you will find the treasure.

The final treasure chest is surround by an air current that you cannot get through. You will need to find three Seelies and lead them to the totems around the small pond.

The first Seelie can be found to the southeast of the pool near a bridge.

The second Seelie can be found to the northeast of the pond, floating above a large rock.

The third Seelie can be found slightly west of the pond, and is trapped by some roots you will need to burn with a Pyro ability.

When all the Seelies are in place, a large air current will spawn that you can use to glide over the wall of air and get to the third treasure. After that, return to Brother Qian.