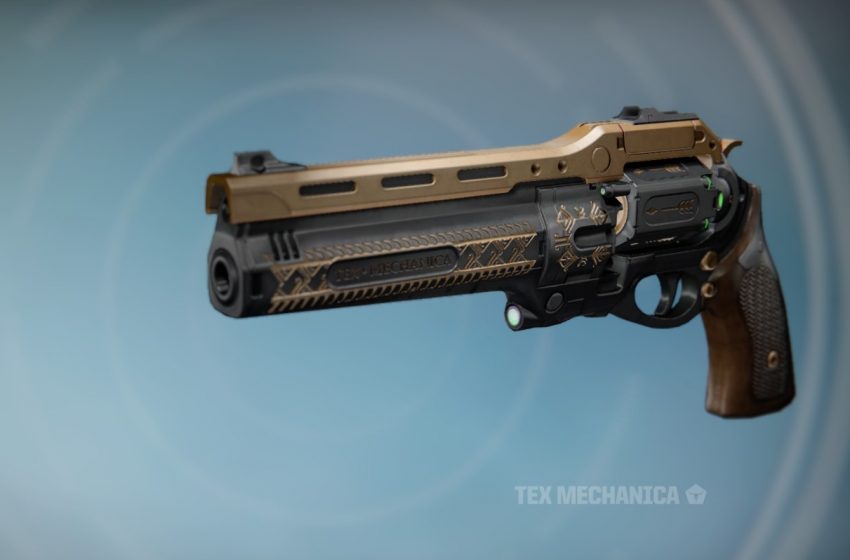 The Last Word has returned to us in Destiny 2. For folks who never played the original Destiny, The Last Word is one of the standout Exotics in the game. Evoking a serious gunslinger style, The Last Word is a hard-hitting, fast-firing Exotic Hand Cannon that can be fully auto fired until your enemies are pulp.

The lore behind The Last Word is long and complicated, but a Hunter called Jaren Ward formerly owned it. Ward would fall to Dredgen Yore in combat, and the Exotic Hand Cannon would end up in the hands of Shin Malphur, who would go on to kill Yore.

Important: I have excluded the parts that need you to return to the Drifter. You will need to do this between most of the Quest steps.

How To Get The Last Word

The first thing you will need to do is visit the Drifter. He has found something unusual and wants you to do whatever it takes to get it working again.

The first step consists of three parts. You will need to

This is a pretty simple step. I tried to kill the Hive bosses in Lost Sectors, but it didn’t seem to register. After that, I just stalked the Witches Ritual Public Event and got it finished up very quickly. Because these events have a lot of Hive enemies, equip some Solar damage weapons, and it will be done in no time. It is always worth going to Mars to check if people are running an Escalation Protocol. Dropping into one at the right time will give you the entire step requirements in just a few minutes.

After you complete the first step, return to the Drifter, and he will give you the second part of the Quest. The challenge now is to kill Guardians in the Crucible, to feed the artifact their Light. There is no weapon or damage type specified here, so grab your preferred Crucible weapons and join whatever playlist you prefer.

You will need to play carefully, you make progress for each kill, but you lose progress with each death. Not the most enjoyable quest step for the many PvE players of Destiny 2, sadly! At the moment the math appears to be 3% progress for a kill, 1% progress for an assist, and -2% progress for a death. Get to 100%, and this step is done.

This step takes the form of a mission on Titan. It only needs 500 power level to complete, so this shouldn’t be too much of an issue for people. It culminates in a boss fight; you need to shoot the wizards to lower the boss’s shields.

This is another multiple part step! For this portion, you will need to

For the last part, you need to get back into the Crucible for some more PvP action. If you want to be very sneaky about this, I would suggest a sidearm and a melee attack that does damage over time. Rush someone, and chip their shield with the sidearm, then melee them. Allow them to kill you, then the damage over time should finish them off and get you the medal you need.

If Mayhem is active (and it is this week!), then this is a good playlist to try and get this done in. With so many kills flying about, the shortened time to respawn, and the ability to spam supers and abilities, it makes for an excellent place to get the medals.

Up next is a mission on the Tangled Shore. Once again it needs 500 Power Level, so if you made it this far then, you are good to go. During this mission, you will be awarded The Last Word.

It seems that people have been reporting some issues with this mission. It appears to be caused by engaging with the three wizards from too far away. To avoid this bug, get close to the wizards before you start to shoot them. After the wizard fight, you will come face to face with Enkaar, and a new mechanic as well! Stand on the plate to activate the “Steady” effect, then pick up The Last Word. Enkaar will raise its gun, and you will need to shoot it out of its hand.

Clear all the enemies that will spawn, to activate the next plate. This time, two copies of Enkaar will appear. You will need to remember the order than the Enkaars appeared in, and shoot them in the same order. Clear more ads, then move to the final plate. Three copies of Enkaar will appear, and you will once again need to shoot them in order of appearance. Once you have completed this portion, the mission is done. Enjoy your new Exotic Hand Cannon.

If you need help getting other Exotic weapons, such as the Izanagi’s Burden, or the Jotunn, be sure to check out our useful guides.