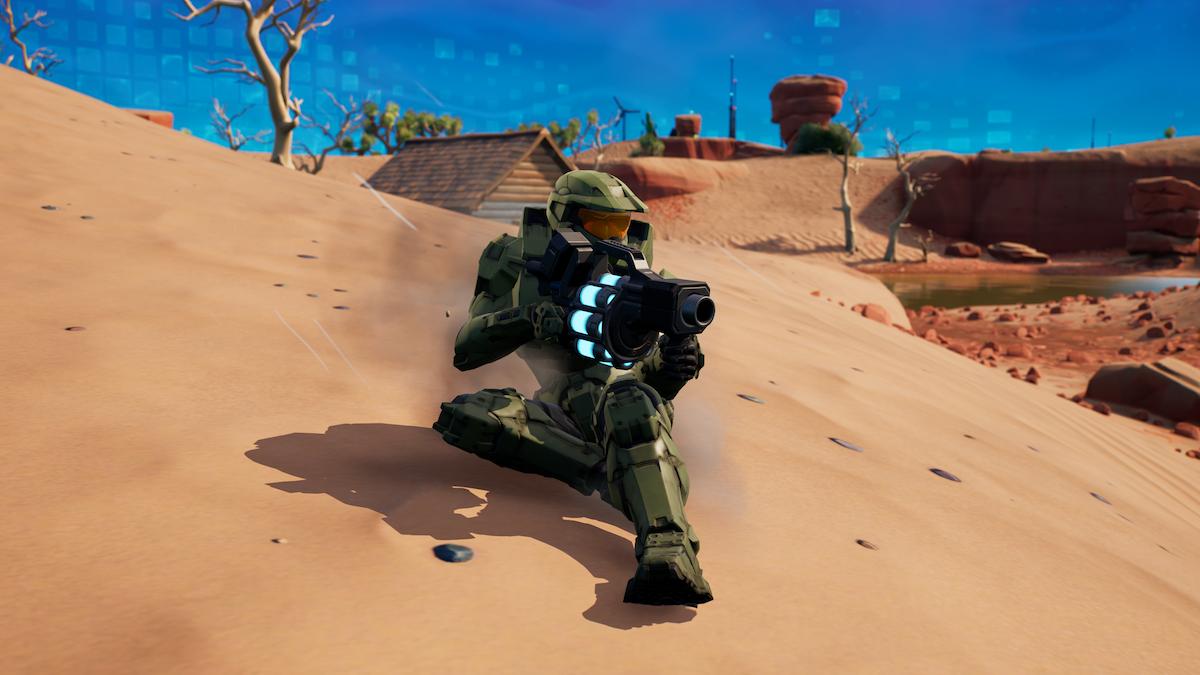 Zone Wars is a custom game mode created by players in Fortnite’s creative mode that aims to condense the last stages of the much longer battle royale mode into its intense, high-stakes final match-ups. A popular offshoot of Zone Wars, Desert Zone Wars puts players against each other at the center of a narrow and rapidly approaching storm, forcing them to fight one another between cacti and dunes in close-quarters shootouts.

What are the best Desert Zone Wars codes in Fortnite

The following codes can be redeemed to play the best Desert-themed Zone Wars arenas that the Fortnite community can build.

The original Desert Zone Wars map, often referred to as Desert Zone Wars 1.0, features a small desert village with scattered two-story buildings for players to scavenge through for weapons and tear down for building materials. A massive, impassible wall surrounds all four corners of this village, forcing players to fight and outplay one another before the storm sweeps through.

This map, created by JotaPeGame, was popular and well-made enough to be featured as an official Zone Wars map by Epic Games. The creator would continue to iterate on their Desert Zone Wars concept a total of four times, with the fourth and final version ultimately replacing 1.0.

Following the success of Desert Zone Wars 1.0, JotaPeGame one-upped his own work with this version, known as Desert Zone Wars 2.0. This map, featuring more complex buildings, additional foliage, and a more vibrant atmosphere, looks prettier than its predecessor and leads to more interesting, multi-dimensional fights between players.

Unlike versions 3.0 and 4.0, which share a code with 1.0 and cannot be played independently, the second iteration is hosted on its own unique code. While the current state of Desert Zone Wars 1.0 may be more up-to-date than this one, both are still worth playing as unique experiences.

Sahara Desert Zone Wars takes the primary goal of Desert Zone Wars — desert-based deathmatching — and expands upon it in terms of size and scope. The much larger arena fits four squads of four players each, leading to more chaotic and scattered fights between all players involved.

This version of Desert Zone Wars features a unique and varied assortment of environments and structures. For example, adobe houses neighbor a community of thatch-roofed Viking longhouses, and dense forests grow in the arena’s corners.

While Zone Wars arenas can help players work on their team-based mechanics in late-game situations, they don’t exactly hone a player’s ability to take one-on-one fights. These codes, however, can be used to find arenas catering to 1v1 gameplay.