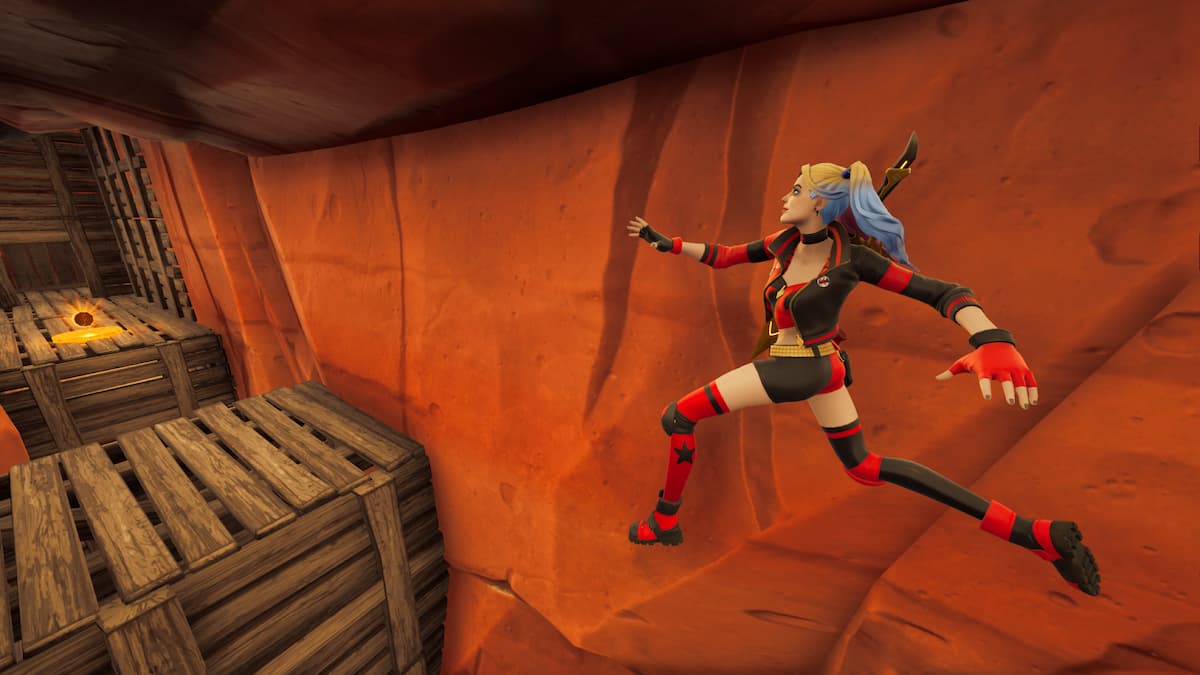 It is no secret Deathruns make up most of Fortnite’s Creative Mode hub. There are tons of maps for players to choose from, though they may not always be the best. Since the introduction of sprinting and mantling earlier in Chapter 3, there has been a renaissance in the Deathrun community with plenty of new maps to wonderfully utilize these newer mechanics. To ensure you don’t miss out on the action, here are the 10 best Deathrun codes currently in Fortnite.

Set in the middle of the desert, 300 Summer Parkour essentially plays out like an Indiana Jones movie. That is because you and your friends will need to dodge everything from spikes, projectiles, and flaming box platforms. As advertised, there are 300 stages to play through with each adding new elements to familiarize yourself with. Luckily, there are just as many checkpoints, so you won’t have to worry about starting from the beginning upon elimination.

As it claims only 0.1% of players have been able to finish it, 500 Levels Default Deathrun has become one of the most popular codes in Creative. Upon entering the code, its game description will claim it is nothing but easy levels. This may be true of earlier stages, though expect there to be several hidden traps and spikes along the way. No matter, it is certainly rewarding when you finally figure out how to evade these genius tricks, especially as reaching checkpoints results in XP bonuses.

Athletic Deathrun is the perfect blend of Olympic sports and Fortnite mechanics. Held inside of a massive sports arena, this code lends access to 11 different events, such as pole vaulting and hurdling. But, as it is a Deathrun, players attempting to take shortcuts will likely be met with fire or spike damage. The map also ensures there’s room for all of your friends with it supporting up to 32 players.

Camp Parkour has been around almost as long as Creative mode itself, but it has continued to evolve with the game’s controls. Along with mantle and sprint-friendly courses, the reason for its ongoing success is that the map is anything but linear. For instance, most stages will hold an unsuspecting object that must be climbed on in order to get to the top of the map and advance. This concept may sound simplistic, but the camp’s dark forest does a great job of hiding these platforms.

If you’re looking for a Deathrun that is perfect for playing against a friend, Control Room Deathrun may just be the map for you. It consists of one player taking on stages filled with damaging obstacles, while the opposing player is within a control room launching attacks on the runner. This is made possible with the room holding a handful of buttons that let them change the runner’s speed, launch nukes, and even start a storm. The biggest twist: runners will need to complete the map in under four minutes or the other player can unlock a button that allows them to instantly win.

There is an unimaginable amount of competitive 1v1 Deathrun maps, so sometimes it’s good to make amends and play Duo Disco Deathrun. The map takes place on a giant dance floor that sets teammates on opposite ends of the map. From there, they must dance and Emote at the same time to activate platforms and obtain items to advance. These items include throwables like Impulse Grenades which will need to be used to catapult your teammate to their next platform. In sum, Duo Disco Deathrun may just be the best map for those willing to work together.

Fishstick’s Adventure Deathrun is a refreshing creation that avoids using conventional elements from most other Deathruns, such as spike traps and a linear map. To substitute, players will find themselves bouncing from umbrellas and boats while traversing its four coastal locations. Those who love Fishstick’s Adventure should even look for the map’s four hidden fish sticks as collecting all of them unlocks a secret bonus level that is harder than any other before it.

No Sweat Deathrun Race invites up to 20 players to compete on a multi-lane terrain that is located in the middle of an ocean — but don’t let its playful colors fool you. Each stage within the course is riddled with traps and slides that ultimately lead you to elimination. Competitors will even need to gather all of the map’s coins to cross its finish line — which are almost always in hard-to-reach locations.

In terms of aesthetics, there is no Deathrun map as stunning as Rainbow Runners. It is located miles into the sky and tasks runners with platforming cartoonish clouds and rainbows to reach the end of its expansive course. Unlike other maps, Rainbow Runners prides itself with challenging players to jump onto the smallest of platforms rather than having them evade endless traps. That said, it is a perfect place for those who want to practice and improve their movement accuracy.

Based on the reality TV show of the same name, Wipeout offers more than a dozen complex courses set above a deadly pool of water. Thus, you can even expect to see the show’s iconic rubber balls, slick balance beams, and minuscule platforms. It may not hold as many stages as other Deathrun maps, but each can take a handful of minutes to master. Despite its abrasive difficulty, the best part is that participants can earn 850 XP every time a stage is completed.