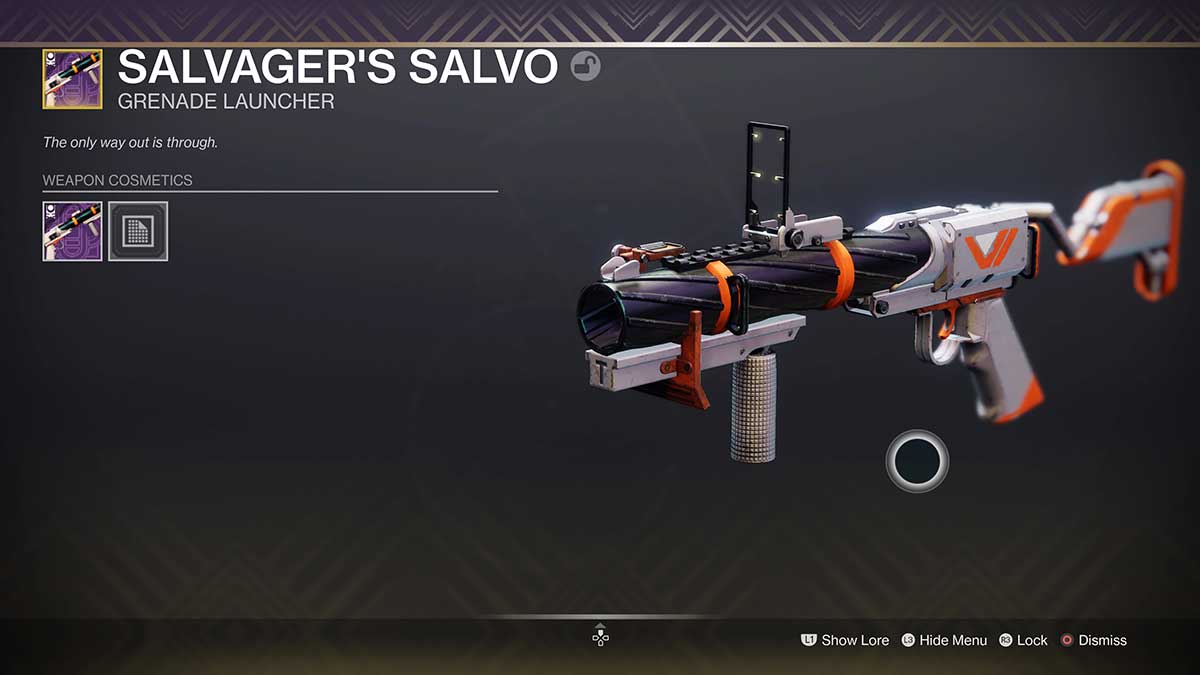 If you’ve picked up Salvager’s Salvo during Season of the Chosen, you might also want to adorn it with one of the three available Ornaments. There’s one for Gambit, the Crucible, and of course, the Vanguard. In this guide, we’re going to give you some tips for how to earn the Vanguard one, Panacea, as quickly as possible.

The quest name for Panacea gives you a good idea of what you’ll be doing to pick it up. Strike Salvager, like both the other Ornament quests, has two tasks for you to complete.

Unlike the quests for the other Ornaments, Pyretic and Toxicity, this quest doesn’t specify the number of grenade launcher kills you need to get. Instead, you earn a percentage towards completion based on the type of enemy you kill and the difficulty of the Strike you’re playing.

We managed to rack up all the required kills in a single Strike – this was on Hero difficulty. Even on Adept, it shouldn’t take you more than two Strikes to get all the kills you need.

If you’re doing this soon after earning Salvager’s Salvo, then you should have a good grasp of its velocity and range. This will help you in getting those grenade launcher kills.

The best approach is to bring two grenade launchers with you into the Strike. We used Salvager’s Salvo and The Colony. However, Truthteller would also work well. It’s a much more accurate weapon than Salvager’s Salvo, making it easier to land shots and earn kills.

The Colony’s projectiles will seek out enemies. This is a brilliant way to guarantee kills, particularly when other players are shooting enemies all around you.

This second part of the quest was also difficult to track. The progression isn’t based on the points you earn in a Strike. Instead, it seems to be based on the number of kills you get in a Strike. Grenade launcher kills will count for more progress towards the quest, but all kills add a small percentage toward completion.

As we’ve mentioned, bringing two grenade launchers will help you earn progression much faster. You should also only be playing Nightfall: The Ordeal Strikes.

The standard Strike playlist added 3% progression, whereas an Adept Nightfall: The Ordeal Strike added roughly 9%. On Hero difficulty, depending on how many enemies you manage to kill, you could push that progression to 15% per Strike completion.

The more grenade launcher kills you get, the more progression you’ll earn.

There are three Ornaments for Salvager’s Salvo to earn this season. Each one has its charms and is themed distinctly around the activity you earn it from. You can pick up Panacea from Zavala once you’ve completed the two steps above.

The final tip we have is to pick up as many bounties as you can while working on this quest. We moved up three levels, and that was largely thanks to the number of bounties we completed.