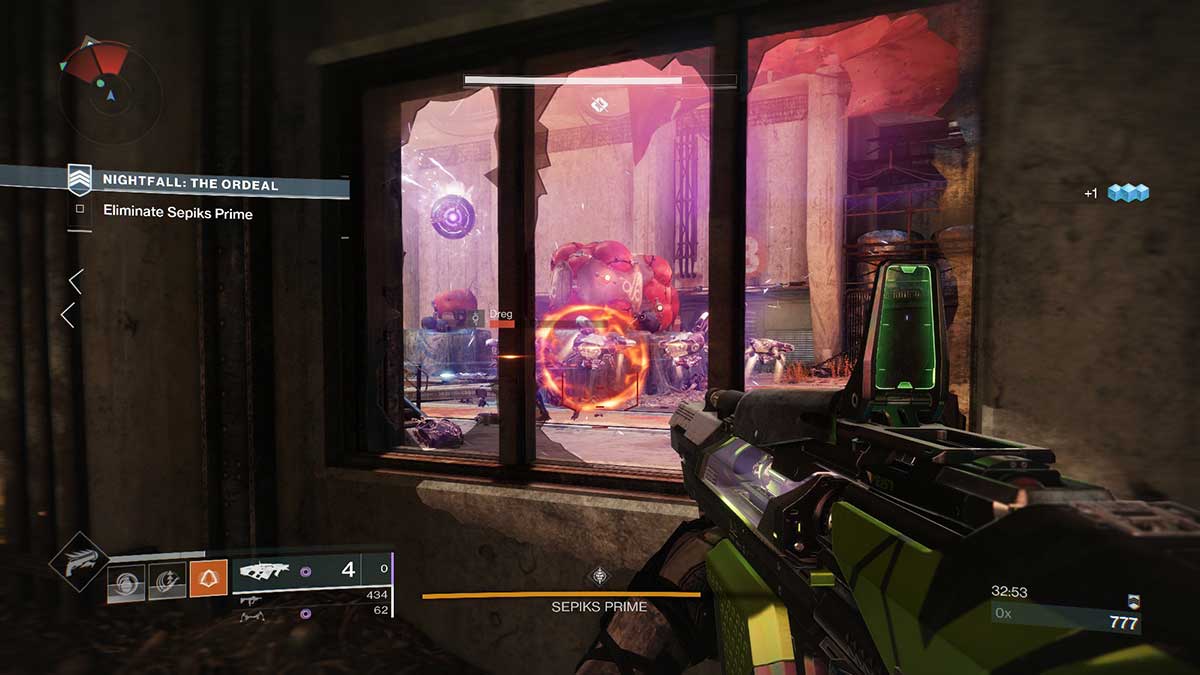 How to get Messy Business

Messy Business is started by grabbing it from Banshee-44. You’ll notice how deceptively simple the two steps seem at this point.

Points are earned from killing enemies in Strikes or Gambit and Crucible matches. You’ll earn more for final blows with grenades or grenade launchers.

As for the matches you need to complete, these come from every finished Crucible or Gambit match and Strike. You get a bonus here from Nightfall Strike completions.

The fastest matches to complete

On the surface, this quest is open to progress from all the major activities in Destiny 2. However, if you want to complete it before the end of the season, you’ll need to focus your efforts on Strikes.

Crucible and Gambit match each add between 2% and 3% progress to your match completions. Strikes offer a similar rate. Given how long each Strike takes to finish, this might seem counterproductive, but you also need to be gaining points.

The fastest points to earn

Strikes are the best way to earn points for this quest. You need to be playing as many of them as you can. While Nightfall Strikes are great for match completions, the Vanguard Playlist is best for point-earning.

We found that the best method of earning points was to equip a grenade launcher in two of our weapon slots. If you have it, the best exotic choice is The Colony. You can fire this weapon into a crowd, and the shots will actively seek out a target for you. Your other grenade launcher is what you should be leaning on when you haven’t got any heavy ammo left.

With two grenade launchers, we racked up an average of 500 points per Strike. This works out about 15 Strikes in total, just for the points. After that, you can grind for match completions in any other activity.

If you want to complete this quest without it taking the entire season, but you can’t play any more Strikes, then Gambit works as a good point between the two. The matches are fast, and with two grenade launchers, you can still rack up around 250 points per match. You need to be using them more than you do anything else, though.

The main point here is that grenade launcher kills will help you push up those points faster than anything else. The match completions are something you should worry about afterward. If not, the number of points you still need might be so daunting that you quit.

Collect your reward from Banshee-44

Once you’ve earned enough points and have completed enough matches, you’ll find Salvager’s Salvo with Banshee-44. You can pick up the quests for each ornament for this weapon from Lord Shaxx, Zavala, and The Drifter.